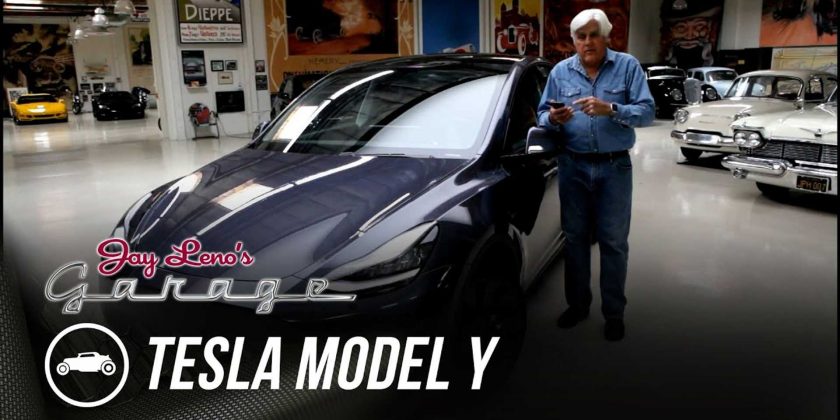 He also thinks hate against Tesla and EVs in general is not really founded, especially since they are getting better and better.

Jay Leno doesn’t like crossover vehicles that much, but he does like EVs in general and Tesla in particular. He recently reviewed the Model Y Performance and even though this style of vehicle isn’t his cup of tea, he didn’t find anything to criticize about it.

He may own hundreds of old cars, most of which run on gasoline and some on steam power, but Jay actually relies on a Tesla Model S to run many of his daily errands. But ever since he bought it, he’s really discovered the benefits of EV motoring.

And being Jay Leno, there is actually a cool story to how he bought his Model S. He apparently had Elon Musk’s personal number whom he called at 3 PM, thinking he’s not going to disturb the Tesla boss. However, Elon was in China and in order to order his Tesla, Jay actually woke him up to make the request.

This story is probably the the best part about this video dedicated to the Model Y, because frankly, Jay doesn’t have anything bad to say about it. He likes the look, the interior, the performance, the range and the no tailpipe emissions part of the deal and he also anticipates EVs are going to get even better as better battery tech becomes mainstream.