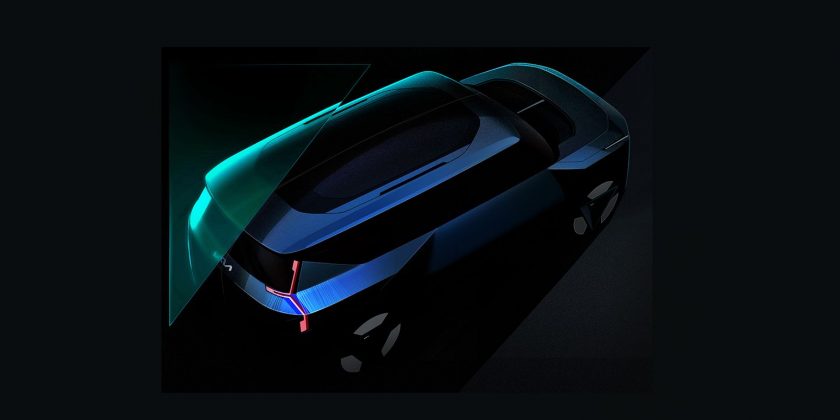 Kia is about a week away from revealing its next battery-electric concept, with the EV9 headed to the LA auto show. Prior to that reveal the automaker has shared a handful of teaser images previewing the EV9 concept, which is expected to be close in size to a Kia Telluride, featuring a relatively long wheelbase, short overhangs, and a boxy profile.

Just how closely will it preview a production model?

The rendering show an adventurously styled vehicle with rhombus-shaped elements, including prominent wheel arches, so this likely isn’t meant to be a particularly close preview of a production vehicle when it comes to some exterior details, but as an idea of the overall size of one of the next Kia electric models it should be a good indicator. 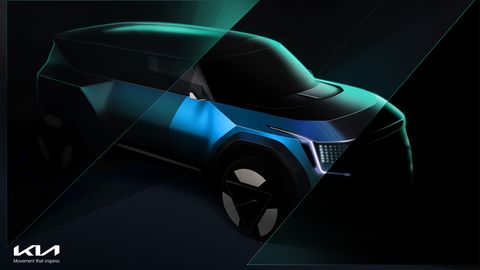 In the next few years Kia is expected to field electric SUVs below the EV6, which itself is about to go on sale stateside, and also above it. The EV9 certainly appears like an early look at what we could see the brand introduce following the debut of the EV6 stateside, offering those who could be shopping for a Telluride an electric alternative that will be roughly comparable in size and accommodations. If that’s the route Kia is considering, the resulting production model could be just about the largest electric SUV offered at that point in time, simply because other automakers are not ready to offer electric models in that segment just yet, at least when it comes to non-luxury brands.

In particular, the shortened hood and intricate hood surfaces certainly mirror some aspects of the EV6, and now that there isn’t an engine up front the overall length of the hood can be shorter as well, and feature more modest overhangs. Out back, the concept hints at maximizing cargo room and headroom for rear seat passengers, promising a versatile and usable interior in contrast to plenty of rakish electric SUVs we’ve recently seen from other automakers. 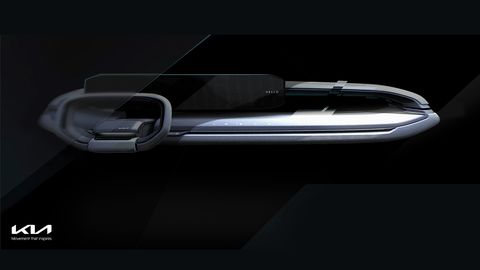 “The renderings illustrate a highly conceptual cabin that has been honed to give the driver and passengers a light, flexible, and adaptive interior space as the experience of the journey evolves. A stunning interactive ultra-wide display and a radical new take on the traditional steering wheel are just two of the standout interior features,” the automaker adds.

The EV9 concept will be paired with Hyundai Ioniq 7, which will also be revealed in concept form at the LA auto show, and teasers of which have also been shared this week. The similarly-sized Ioniq 7 is also believed to be a preview of a large battery-electric SUV, positioned as an alternative to the Palisade.

We’ll see both in the metal on November 17, as the LA auto show gets going.