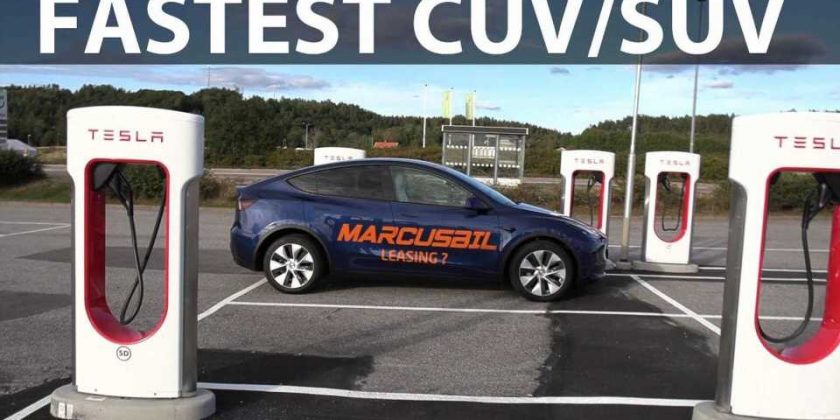 It’s one of the fastest long-distance EVs ever tested.

The car was able to drive 1,000 km (622 miles) in just 9 hours and 45 minutes, which is the #1 result in the crossover/SUV segment and third overall, slower only than the 2021 Tesla Model 3 Long Range AWD (made in California) with an 82 kWh battery (Panasonic cells) and Audi e-tron GT.

The result is 15 minutes better than the Hyundai Ioniq 5 (AWD, 72.6 kWh version), but this test will be repeated within a month.

During the run, the fully charged car was charged six times along the way (sometimes just for a short while). That is because the charging power decreases at a higher State of Charge (SOC) and the optimal thing is to charge more times but for shorter periods – only up to some level. Additionally, the available battery capacity is around 70 kWh, several kWh less than expected (compared to Model 3). 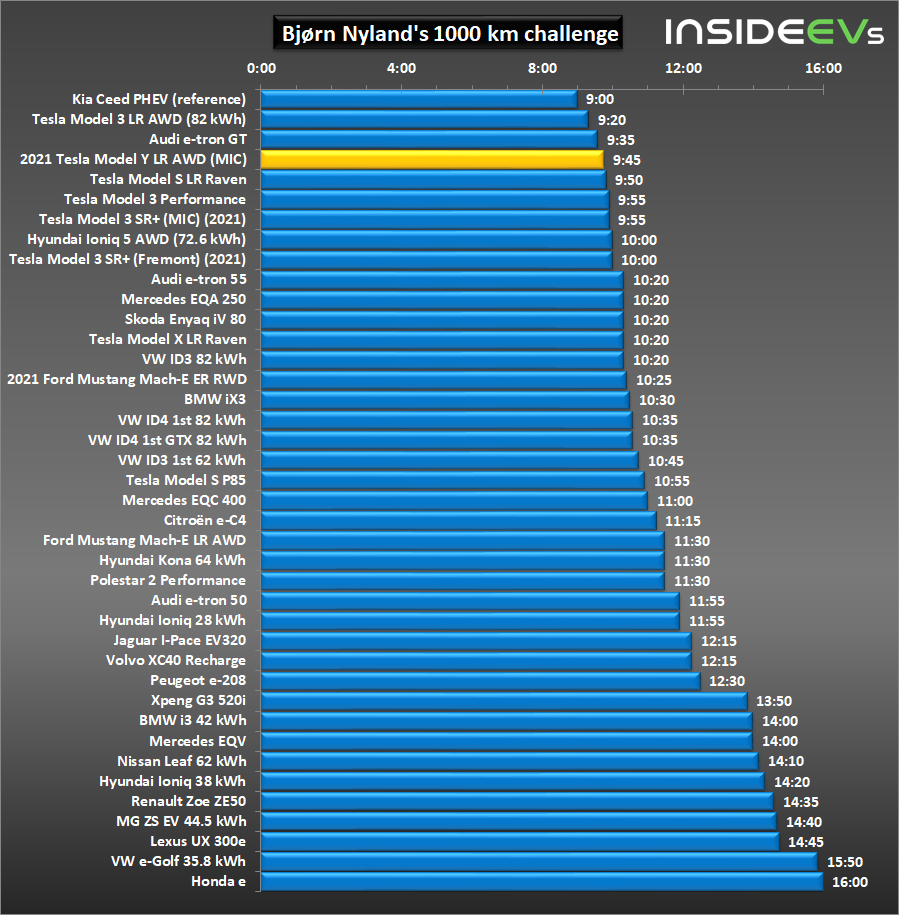