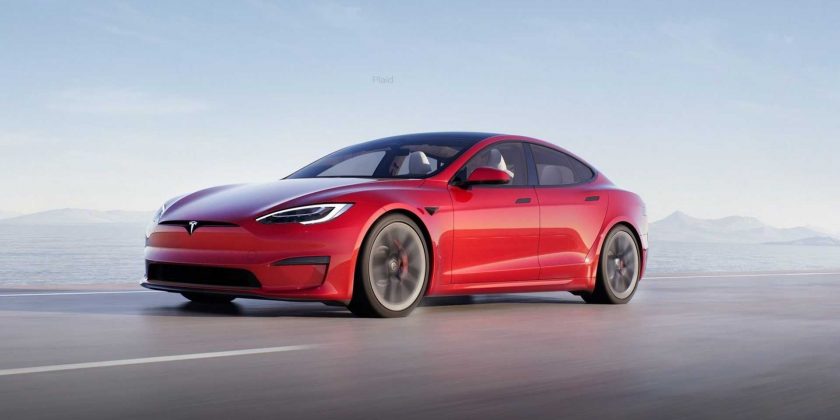 Lucid, Rivian, Lordstown, Canoo & Fisker are some of the best-funded and best-known EV startups. How do they stack up?

If imitation is the sincerest form of flattery, Tesla is receiving a lot of love these days. Several automotive startups are hoping to strike it rich in the EV gold rush by following the Tesla playbook.

Lucid, Rivian, Lordstown, Canoo, and Fisker are some of the best-funded and best-known of the latest wave of startups (also in the running are Aptera, Proterra, Nikola, and a dozen others here in the US, to say nothing of scores more in China). In a new video, the Wall Street Journal asked a couple of CEOs and industry insiders how these newborn auto companies plan to join the revolution that Tesla started.

The Young Turks are following various strategies: Lucid has built a luxury sedan; Rivian is targeting the outdoorsy set; Lordstown and its sister company, Workhorse, are gunning for fleet buyers; and Aptera has developed what it calls the world’s most efficient vehicle.

However, as the WSJ points out, there’s one common thread—the companies have raised large amounts of funding before building a single vehicle, several of them through the financial vehicle du jour, the SPAC. Investors have collectively wagered some $10 billion on Lucid, Rivian, Lordstown, Canoo, and Fisker. Rivian has bagged over 8 big ones, and counts Amazon and Ford among its prestigious backers.

A couple of these companies’ histories have intersected with Tesla’s.

Lucid’s CEO, Peter Rawlinson, was the Chief Engineer for Tesla’s Model S. He’s positioning Lucid at the higher end of the luxury range. “Tesla’s premium, it’s not true luxury,” he told the WSJ. “We see a huge space in the luxury EV space.” In February, Lucid raised $4.6 billion in a SPAC deal, and it has secured another $2 billion in funding from Saudi Arabia’s sovereign investment fund. The company’s first vehicle, the Lucid Air sedan, is slated to go on the market later this year.

Above: Rivian, Lordstown, Fisker, Lucid and Canoo are among the well-funded EV startups trying to take on Tesla (YouTube: Wall Street Journal)

Star automotive designer Henrik Fisker also has history with Tesla. In 2007, he worked with Tesla to design an electric sedan code-named WhiteStar, which didn’t come to anything. Later that same year, he started up his own company to produce a plug-in hybrid called the Karma.

The Tesla team alleged that Fisker did so using stolen trade secrets, and it sued Fisker in 2008. “We were pretty upset with him for basically taking what were at the time the original specifications for the Model S, and then going and shopping a business plan to create that same car,” said Elon Musk. In the end, an arbitrator ruled against Tesla, which had to pay Fisker $1.14 million in costs.

In 2012, Fisker Automotive went bust, having delivered 1,800 or so Karmas, and burned through about a billion dollars (small potatoes for today’s startups). In 2016, Henrik Fisker relaunched his namesake company, and has since raised a new billion through a SPAC merger. The firm is developing an electric SUV called the Ocean.

The various startups differ not only in terms of the markets they’re targeting, but also in the ways they plan to produce their vehicles. Lucid, like Tesla, is making most of its components in-house, while Fisker and Canoo are banking on farming out most of the manufacturing to other companies.

Which strategy is better? Either one could probably be successful, but it’s worth mentioning that Tesla started out with the outsourcing approach, but gradually brought more and more production in-house as suppliers failed to move fast enough to keep up with Tesla’s innovations. “Tesla’s in a pre-eminent position because it has hard-core technology in-house,” says Rawlinson. “That is why it’s worth—what, $650 billion?—and other companies aren’t.”

Most media coverage of the EV startups compares them to trendsetter Tesla, but as Stephanie Brinley, a Principal Analyst at consultancy IHS Markit, tells the WSJ, “They’ll also be competing against the legacy automakers, and let me tell you, they’ve woken up and they’re serious. A lot of the things that we consider disruptors are very rapidly filtering through the industry for any kind of vehicle you want to buy, which means the startups don’t necessarily have that unique proposition.”