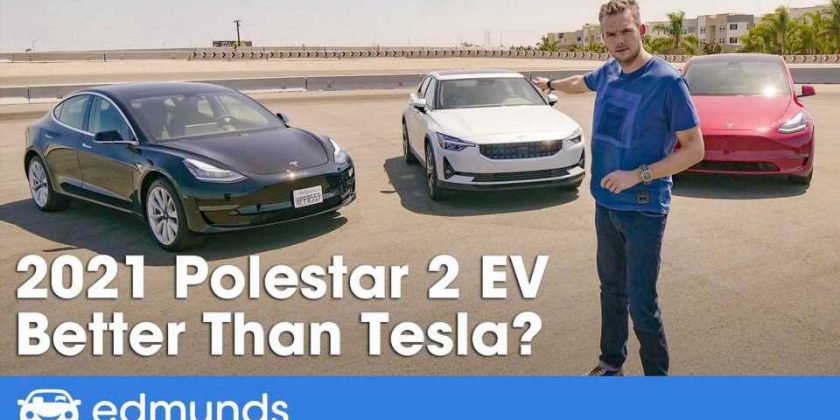 While Tesla certainly makes some of the world’s best EVs, some may be put off by the whole ‘ cult of Elon ‘ idea.

If you’re not a fan of Tesla, chances are you dislike the brand not necessarily based on the quality or innovation factor of its products, but more because you may not appreciate the borderline religious cult that founder and CEO, Elon Musk, has created around himself. He may or may not have wanted this to happen, but now it’s certainly going on and it’s not everybody’s cup of tea.

The good news is that whereas before, you didn’t have viable, comparable alternatives to Tesla’s offerings, now you do. Mainstream manufacturers still haven’t quite caught up to Tesla in terms of offering vehicles with a comparable blend of range, tech and performance, but they are edging ever closer and one of the best ways not to have a T on the hood and trunk of your car is to go for the Polestar 2.

It’s about the same size as a Model 3, but it’s a bit taller – it’s a halfway house between a typical sedan and a crossover – it’s taller than a sedan, but not quite as tall as a mini-SUV. In terms of performance, it’s not quite up to the level of the Model 3 Performance, and it can’t match it for cargo capacity either.

Join owners and enthusiasts discussing the Polestar 2 at InsideEVs Forum!


However, many reviewers are pointing out that its interior feels nicer than the Tesla’s and that it handles remarkably well too. This review by an Edmunds editor who also owns a Model 3 is probably one of the more insightful comparisons currently available – he views the Polestar 2 through the eyes of somebody who wasn’t sure he wanted it in the first place (due the aforementioned Elon connection).

His conclusion is that the Polestar 2 is a worthy Model 3 and Model Y rival, but since it’s only offered as a higher-spec dual-motor (that is more expensive than base Model 3s), it can only really compete with more expensive versions of the Model 3 – it isn’t an alternative to the single-motor Model 3 Standard Range Plus (which is the one he owns).