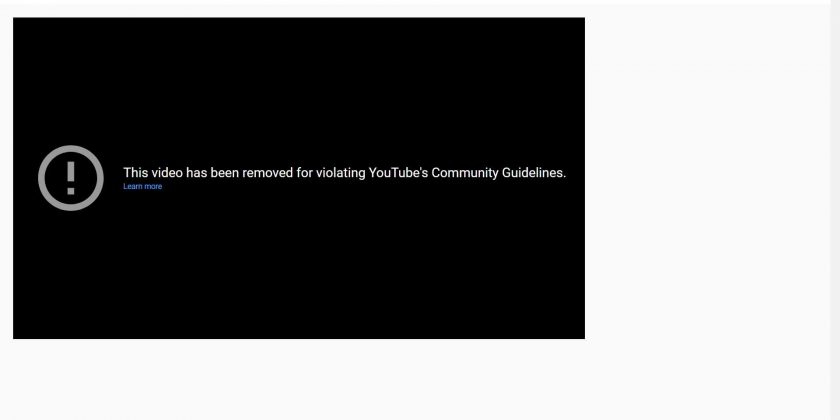 We are still trying to figure out why that happened, but Rich Benoit has a guess.

Rich Benoit’s split-up with Tesla started when the company decided his car would no longer have a fast charging ability – neither on a Supercharger nor anywhere else. That made it impractical for him to make long trips with Delores, his Model S. A new video with his decision to get back to gas was posted on June 30 and soon removed from YouTube. You can check that clicking here.

That was the URL of the Rich Rebuilds video. Fortunately, we had already watched it. Unfortunately, we did not have time to take screenshots to show you what it was about. The video’s most controversial part – if you can call humor controversial – just made fun of Tesla apologists and Elon Musk, “Our Lord and Savior.”  Business as usual for the Rich Rebuilds channel. There was nothing offensive about it to justify removing the video, which also spoke about a special sale.

While the title makes us think Benoit will sell his most famous Tesla, that was not the case. It referred to a Model S that he recovered and wrapped himself. The car would be put in an auction for as little as $2,000 or $3,000 because, although it drives, it also cannot supercharge.

Another issue with that vehicle was that it had its front end rebuilt with many different parts, each with a different color. Benoit said he would just wrap that to preserve the savings for the next owner. And because he says he is cheap as well, which would make the whole thing just a coherent –and irreverent – move.

We are in touch with Steven Salowsky, the Rich Rebuilds channel manager, to learn exactly why the video was flagged. It would be nice to talk to who flagged it as well and to understand why this person found the video could hurt any of YouTube’s community policies. In times of freedom of speech discussions, this one is worth having.