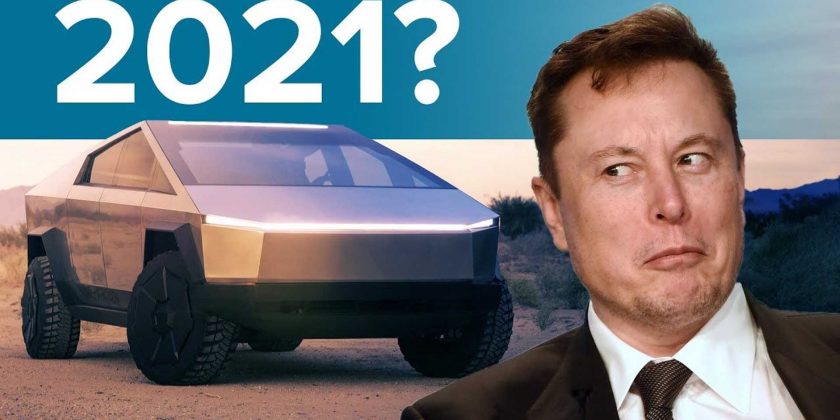 Tesla and Elon Musk continue to beat the odds, but at some point, there’s only so much a company can tackle.

When Tesla unveiled the Cybertruck, it announced a late 2021 launch with a tri-motor model coming in 2022. This made sense since the vehicle with the longest range (likely requiring the most up-to-date battery tech) was coming later. However, Tesla switched the plans, making the longer-range dual- and tri-motor Cybertruck launch date 2021, followed by the cheaper models later, much like they’ve launched other cars.

The market reaction to Tesla’s Battery Day was definitely interesting. It seems people want Tesla to expand and produce now, now, now, but still make perfect cars and have no financial struggles. At this point, it needs to be one thing at a time, which has never been the case with Tesla. The fact that it announced battery tech and future plans that will change the course of the automotive market should have excited investors, but that wasn’t the case.

Whenever Tesla announces something new, it’s common for the company’s stock to take a hit. This is because new, innovative ideas that may be far into the future cause doubt. Why would anyone make electric cars when no one wants them and they aren’t profitable? Why would anyone even attempt to land an reuse a rocket? Why would a company break ground for a factory in China when it can’t sell any cars there?

The truth is, Tesla CEO Elon Musk has a hefty collection of grand ideas, and while, in many cases, he’s beaten the odds and proven naysayers and Wall Street wrong time and time again, in other cases he’s been way behind schedule or simply failed.

As everyone focused in on Tesla’s upcoming battery tech, the Model S Plaid, and other plans, they seemed to miss some very important details, since Tesla didn’t really spell everything out. In addition, the event moved very quickly and there was a ton of information to digest.

In terms of the Cybertruck, Tesla is just beginning to build its factory, which will be its largest production facility to date. Getting it completed and ramping up production is going to take time. Tesla is also just beginning to work on its own batteries, and it may be battery-constrained going forward. While it plans to call on other battery makers for help, having enough new batteries (specifically the new cells with different chemistries dependent on the vehicle) for hundreds of thousands of long-range Cybertrucks is going to take time.

Tesla owner and YouTube influencer Ryan Shaw dives into this topic on a much deeper level. Check out the video for his insight. Then, scroll down and share your insight below.