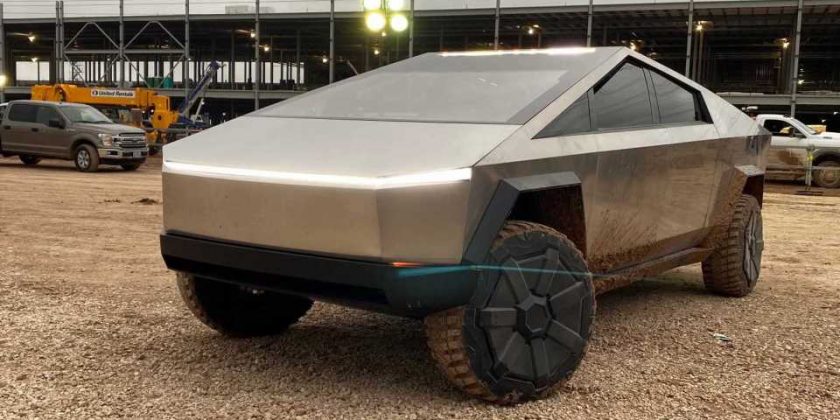 Tesla is rumored to have signed a huge $436 million deal with Samsung Electro-Mechanics for the supply of camera modules.

Tesla has reportedly signed a huge $436 million deal with Samsung Electro-Mechanics for the supply of camera modules for a new EV.

The Tesla Cybertruck is believed to be the main recipient of the new cameras. Expected to enter production in late 2021, the Cybertruck will be worthy of its name not just in terms of the out-of-this-world design but the sheer amount of technology that will go into it.

Cameras will play a big part in that, and the electric truck will pack rearview and side cameras, along with more than eight front-facing and rear-facing cameras for self-driving capability. The Cybertruck even has a camera under the front bumper that could prove useful off-road in rock crawling scenarios.

According to several reports from South Korea, including The Korea Economic Daily, the deal between “the largest US EV maker” and the electronic components maker is worth $436.7 million and will help Samsung Electro-Mechanics offset the stalled growth in the global mobile phone industry.

Gallery: Tesla Cybertruck On the Highway

The company’s business of camera modules and multi-layer ceramic capacitors (MLCCs) has been sluggish lately, as Samsung Electronics, its key customer and affiliate, posted weaker-than-expected smartphone sales in the second quarter amid the pandemic and increased competition.

The deal with Tesla is expected to help Samsung increase its MLCC business, especially in the automotive sector. The parts will be manufactured at the company’s facility in Tianjin, China, during the second half of 2021.

First unveiled as a prototype in 2019, the Tesla Cybertruck is finally approaching its late-2021 launch date. In the past 12 months, Elon Musk has offered updates regarding the Cybertruck’s design, hinting at a slightly more compact footprint, a robust stainless steel alloy for “uncomparable strength,” and solar cell panels providing extra range when the pickup is parked in sunlight.

Always according to the Tesla CEO, the Cybertruck will be produced in at least small figures by the end of this year at the Giga Texas plant in Austin, though volume production is likely to start in 2022.