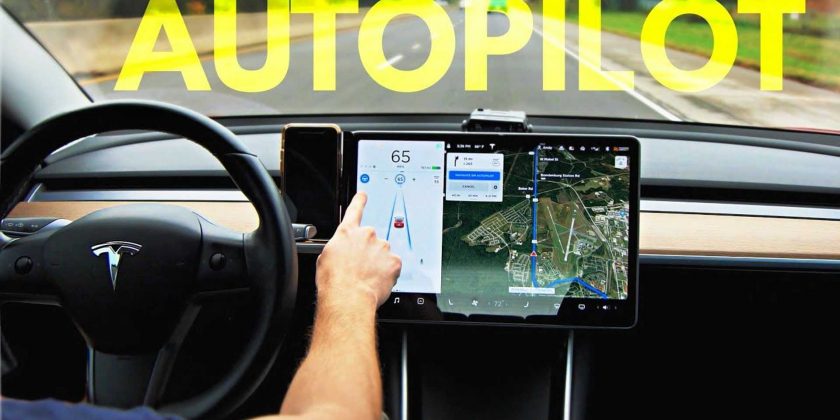 Should you be scared of Tesla Autopilot or just aware and engaged?

Tesla owner, fan, and popular YouTuber Andy Slye opens this latest video with the information that the Tesla Autopilot system is in the midst of a major fundamental rewrite. A rewrite Tesla CEO Elon Musk has called a “quantum leap.”

To be clear, the initial rewrite already happened. In fact, it was released in feature-complete form to a small group of Tesla owners as Full Self-Driving Beta. Can it drive itself? Is it feature-complete? One could argue either way, but let’s just say it’s much better to be safe than sorry. This is not yet a self-driving system, and it’s actually not even close. However, this is not to say that it hasn’t improved or that it doesn’t have the potential.

Yes, it can help the driver, and it can drive itself in certain situations, though it’s quirky and requires constant attention, as well as intervention at times. It appears to have all of the features Tesla has spoken of. However, they don’t all work yet in many situations. Over the course of an undisclosed period of time, Tesla says the system will “learn” and improve. We’ve actually seen that happening, but it seems it may be a very long time before the system can drive itself without driver engagement and intervention.

Slye’s car has Tesla Autopilot and Enhanced Autopilot, which includes Navigate on Autopilot. He also paid for the Full Self-Driving capability package, but he’s not one of the beta testers, at least not yet. His car does have the latest full self-driving computer (Hardware 3), however. Slye reminds us that Musk said it’s difficult for drivers to judge Autopilot’s progress. He’s driven 64,000 miles in his Model 3, and about half of those miles were on Autopilot. After 30,000 Autopilot miles, Slye is alive and his car is not wrecked. Thankfully, he lived to tell us about it.

All jokes aside, we know Slye is a safe driver and pays attention when using Autopilot. It seems people who drive safely and pay attention will enjoy Autopilot safely. The same can’t be said about some people, and that’s a concern for many. However, according to Musk, he’s driving a Tesla with the latest Autopilot software (likely some form of the Full Self-Driving Beta system), and he says he drives from home to work every day with almost zero disengagements.

Slye has a 40-mile trip from home to work. He shows and explains how Autopilot handles it. This way, later, when he gets the software rewrite update, he can try again and show the improvements and/or issues.

Check out the video. Then, share your Tesla Autopilot experiences with us in the comment section below.