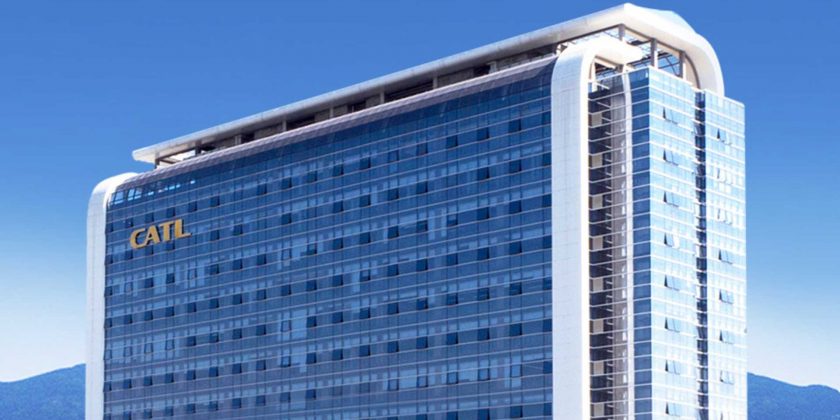 Posted on EVANNEX on August 01, 2021 by Charles Morris

Chinese battery manufacturer Contemporary Amperex Technology (CATL) is having a very good year. The company’s share price has levitated by some 167% over the past 12 months. The soaring stock price has brought the company to a market value of over $200 billion, making it the third-largest business listed in mainland China, according to the Wall Street Journal.

CATL has catapulted more investors onto the famous Forbes list of billionaires than just about any other public company in the world—more than Google, Facebook or Tesla. No less than nine names on the list have over a billion bucks in their money bins, thanks to their bets on CATL.

Most analysts cite the company’s supply agreement with Tesla as one of the major factors in its rapid growth, and there’s no question that its association with the cool California carmaker has kept the formerly-obscure firm in the headlines. In early 2020, CATL, which was already China’s largest EV battery-maker, signed a two-year supplier agreement with Tesla. In June, the companies agreed to extend their relationship to December 2025. Recently Tesla has been urging its battery suppliers to pick up the pace, and CATL responded with plans for a major new battery plant in Shanghai.

Tesla is not CATL’s only customer, and maybe not even the largest one. The company also supplies batteries to BMW, Volkswagen and Daimler, as well as China’s NIO, XPeng and Li Auto, all of which have been reporting record sales growth. As Reuters put it, the company is setting “a blistering pace of expansion that will cement its lead as the world’s number-one supplier.”

Above: CATL and the investors who have massively benefitted from the company’s recent rise (YouTube: Forbes)

When it comes to the company’s stock price, CATL’s lead is unchallenged at the moment—rival battery makers Panasonic and LG Chem have also seen their shares soar over the last year, but CATL has handily outperformed both. (It has also left its automaker customers in the dust—Tesla’s stock price rose by a comparatively paltry 110% over the last twelve months.)

Looking forward, there would seem to be plenty of opportunities to go around in the battery game. “The 2020s will be the golden age of the battery industry in terms of growth,” Neil Beveridge, Senior Energy Analyst at Sanford C. Bernstein, told the WSJ, adding that CATL currently accounts for 30% of the global EV battery market, and more than half the market in China.

Some stock-pickers say battery-makers, such as CATL, are likely to be better bets than automakers, which are facing an increasingly competitive market. “It’s too risky to bet on a brand, as the electric-car race has just started,” Dennis Chien, Senior Analyst at the HSZ Group, told the Journal. “However, leading component makers like CATL will remain key beneficiaries in the long run, no matter which EV brand emerges as the winner in China’s electric-car race.”