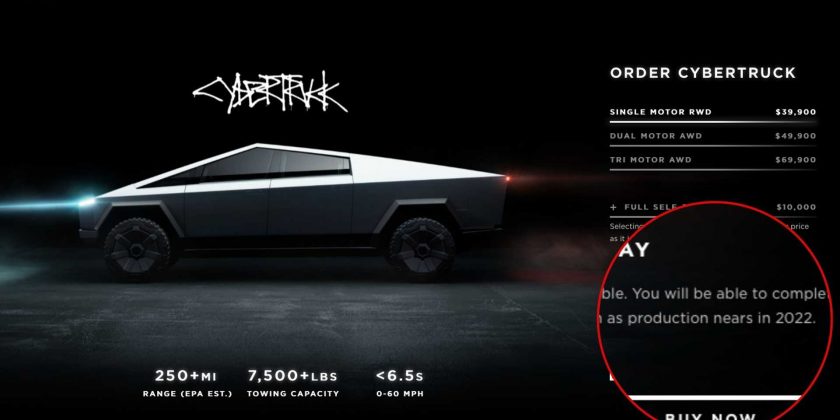 Tesla’s updated note on the Cybertruck configurator page now says that production will start in 2022.

Tesla has confirmed that the Cybertruck production start date has been postponed to 2022 from the previously announced “end of 2021.”

As late as last month, Tesla continued to stick with the original launch timeline when announcing the Q2 2021 financial results. Mind you, the automaker did say that Cybertruck production would start at Gigafactory Texas after Model Y.

Well, Tesla has now confirmed that the Cybertruck has been delayed to 2022. On the order page on its customer website, the company updated the footnotes related to the configurator to read as follows.

“Fully refundable. You will be able to complete your configuration as production nears in 2022.” 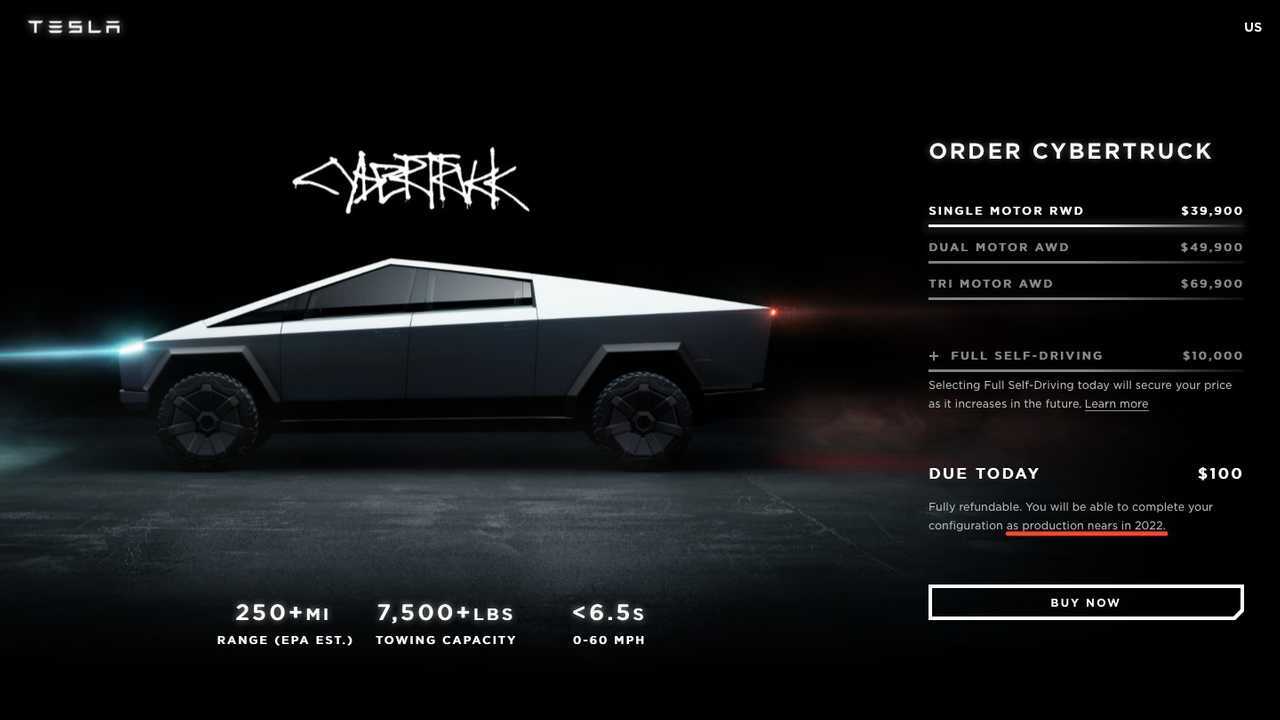 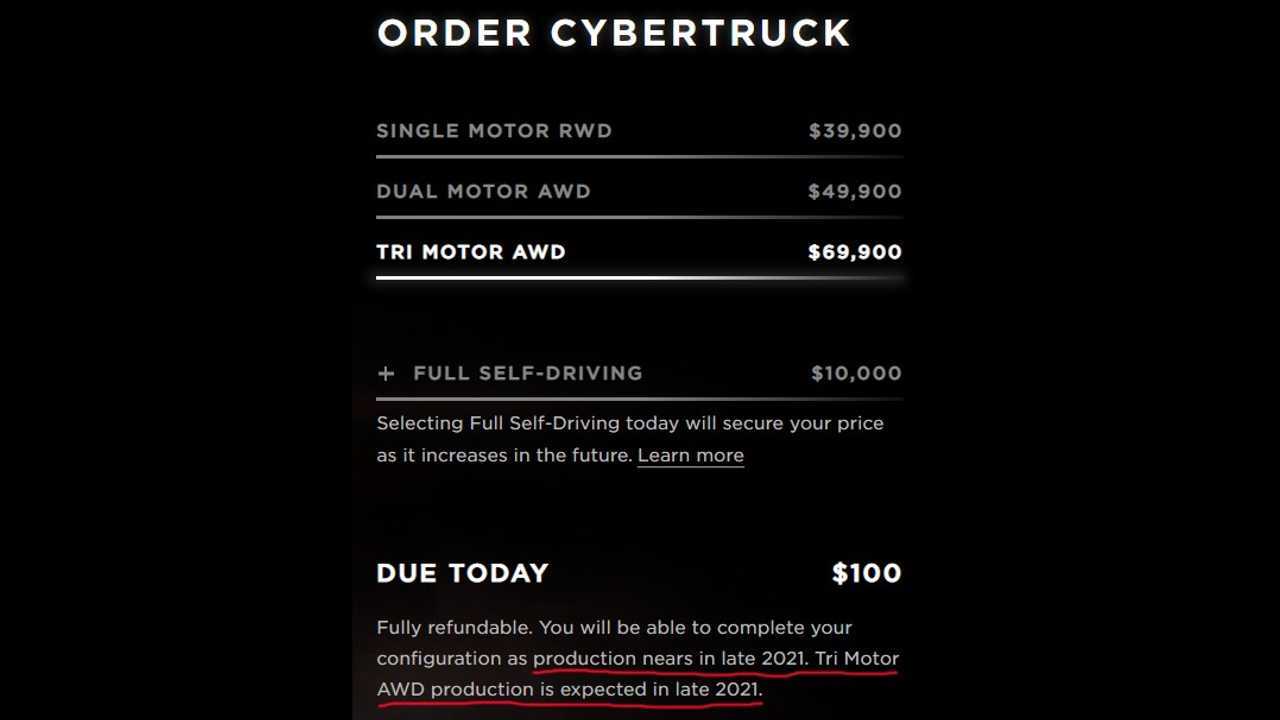 This note applies to all three variants of the Cybertruck, including the two higher-end Dual Motor and Tri Motor models that were supposed to debut first. For all we know, the Cybertruck could launch in early 2022 or late 2022—there’s no precise timeline.

Tesla was never in contention for the race to bring the first electric pickup truck to market, with the company only recently wrapping up the Cybertruck’s engineering design.

Still, being among the first to launch would have been great for Tesla, even though the Cybertruck doesn’t really seem to need that judging by the unofficial pre-order estimate of more than 1.25 million.

Other manufacturers have delayed their electric trucks as well, including Rivian, which most recently pushed back the launch of the R1T from July to September. Lordstown Motors is also having difficulties bringing its electric pickup to market.

As for legacy manufacturers, GM is expected to launch the Hummer EV truck by the end of 2021 in the US, while Ford is poised to debut the F-150 Lightning in 2022.