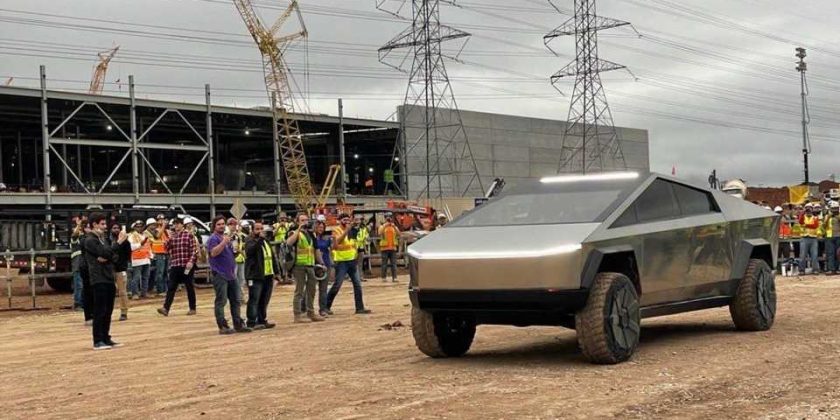 Show your friends and family an image of the Tesla Cybertruck and ask them what they think. Be prepared for a variety of opinions. Some folks suggest the Cybertruck looks modern and futuristic, perhaps well-suited for life on Mars. However, others say it looks like a hunk of sheet metal with no real design or appeal.

Now, let’s say you were able to show people photos of the Tesla Cybertruck in various locations, with different context. For example, if the photo had a dark background, perhaps suggestions of space, maybe surrounded by astronauts or parked near a rocket, people may see the Tesla as a truck of the future.

With that said, park it at a construction site in broad daylight, surrounded by workers in safety vests, and it may look more like a blast from the past, not to mention a burly and rugged work truck. How about staging the Cybertruck on a movie set, perhaps with a DeLorean close by? How about on the streets of New York City at night? You get the point.

Teslarati recently published an article showing off an image of the Tesla Cybertruck parked at Giga Austin and surrounded by construction workers. It was published on Instagram by tesla.cybertruck.

Sure, the light bar is a bit futuristic, but the Cybertruck’s beefy tires, unpainted steel, and colossal size seem to fit right in at the site. While many people with Cybertuck reservations may not plan to use the electric pickup as a work truck, it certainly has the capability to function as one, and arguably better than upcoming rivals. What’s more, the base Cybertruck’s ~$40,000 starting price is impressive.

Thanks to Teslarati’s article, we came up with a fun idea, though we’re not quite sure how it will work out. Head down to the comment section and drop in a photo of the Cybertruck with the background of your choice. A meme with some context would work as well. Let’s see what unique photos people can come up with. In the meantime, check out the video below.