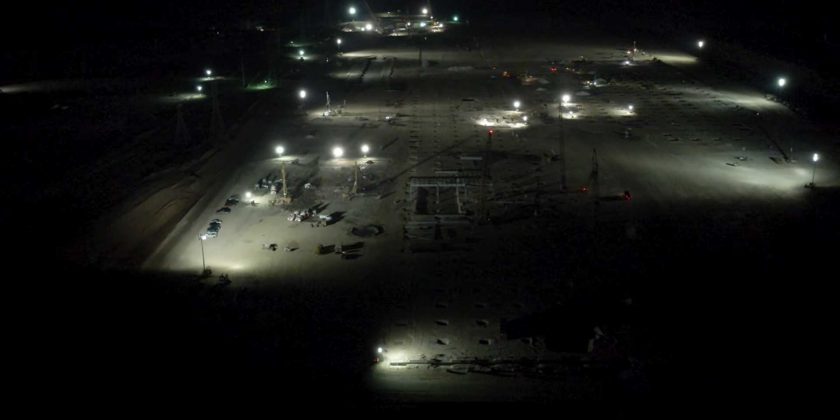 It’s not a Moon base, it’s Giga Austin in the middle of the night.

Tesla has engaged an even higher gear for Tesla Giga Austin construction, which is now running on three shifts, 24 hours a day and 7 days a week.

The work at night, of course, requires multiple bright lights. Some even said in the comments under videos that it looks like someone building a Moon base.