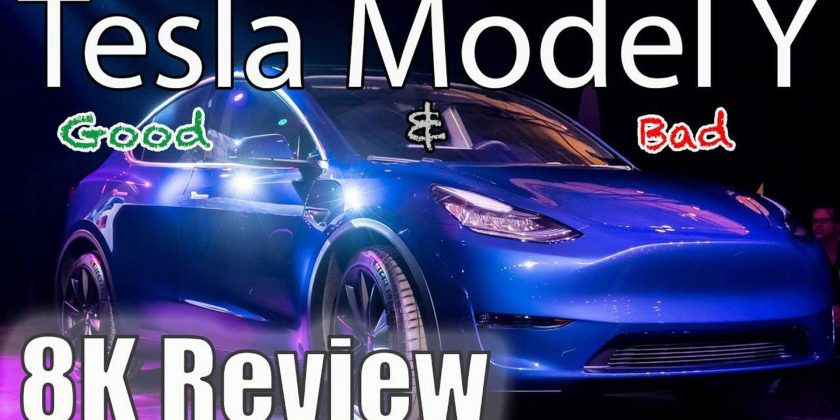 Should you buy the Y? Here’s what this owner loves and hates after owning the crossover for almost a year.

What’s there to love and hate about the Tesla Model Y? Is it worth the money? This owner’s review should help you decide if Tesla’s midsize crossover satisfies your priorities.

The Tesla Model Y came to market over a year ago, in March 2020. Now, as far as we understand, it’s selling remarkably well, and reportedly even outselling the Tesla Model 3 in California. There’s no question it’s unique and popular, but we wonder how well it sells in other areas of the US, and how it might sell in Europe.

The Model Y may have the potential to be the world’s best-selling EV. If Tesla CEO Elon Musk gets his way, that’s what will happen. However, it’s expensive, and Tesla is known to have inconsistencies with build quality. The Model 3 is much more affordable, and people specifically looking for a three-row SUV may not gravitate toward the Model Y.

What makes the Tesla Model Y unique? It’s one of only two EVs on the market today to offer a third row of seats, unless you count the Chrysler Pacifica Hybrid, which is a solid option. The other choice right now is the much more expensive Tesla Model X. Soon, the Rivian R1S will arrive to join the list. That all leads us to our main question about the Model Y. Is it really worth over $50,000?

The Model Y is only available in two trims, and they’re both expensive. Moreover, Tesla keeps raising the price, though it says demand is still through the roof.

We expected that after a year on the market, Tesla would be offering an affordable version of the Model Y, much like the Model 3 Standard Range Plus. Such a version appeared not long ago and then disappeared about as quickly as it arrived. Maybe people in the market for such a vehicle just aren’t interested in a “base” model.

At any rate, if you’re wondering if the Tesla Model Y is right for you, or whether or not it’s really worth the money, this video review provides plenty of insight. Tall Tesla Guy has owned his Model Y for nine months, during which he’s racked up over 8,000 miles. Check out the video and then share your Model Y takeaways with us in the comment section below.