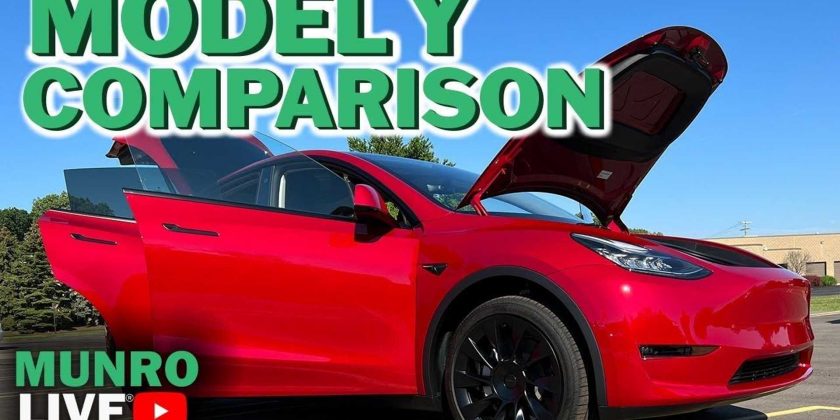 Carl and Antonio from Munro Live – industry teardown expert Sandy Munro’s official YouTube channel – reveal their overall impressions of the Austin-built Tesla Model Y crossover’s build quality. Are there any obvious changes? Is the fit and finish better than copies coming out of Tesla’s Fremont factory?

The guys at Munro Live suggest that, as a whole, the Tesla Model Y vehicles built at Tesla’s new Gigafactory in Austin, Texas, have “good assembly quality.” However, the team is also honest to admit that there are definitely some notable exceptions, which it sheds light on throughout the video.

We’ve been insisting for years that it seems Tesla’s issues don’t appear to be poor build quality and lousy fit and finish across the board, but rather, major inconsistencies across its lineup. It’s not that every Tesla has ridiculous panel gaps and loose interior panels. In fact, we’ve seen many that appear to be very well built. We’ve also learned that some of the models that appear in tip-top shape may have been adjusted and/or “fixed” prior to the owner taking delivery.

Our friend Kyle Conner just had his new Tesla Model S Plaid inspected, and the results were impressive. The same was true of a Tesla Model 3 they inspected around the same time. However, we’ve also seen recent reports of Tesla vehicles with glaring build quality issues. For this reason, be sure to inspect a car very carefully prior to taking delivery. This is especially in these trying times. Don’t accept something you can’t live with just because there’s not much else available.

Carl and Antonio have a new Model Y that was built in Texas. It’s sitting side-by-side with a Model Y that came out of the Fremont factory in June 2021. While this is only a look at two copies of the Model Y, it still gives us an idea of the differences between the two cars and provides prospective owners with a detailed look at exactly what to look for prior to taking delivery.

Check out the video to learn more. Then, head down to our popular comment section to let us know your thoughts. Do you think Tesla is making strides related to build quality? Will Tesla forever be seen as the leader when it comes to panel gaps?