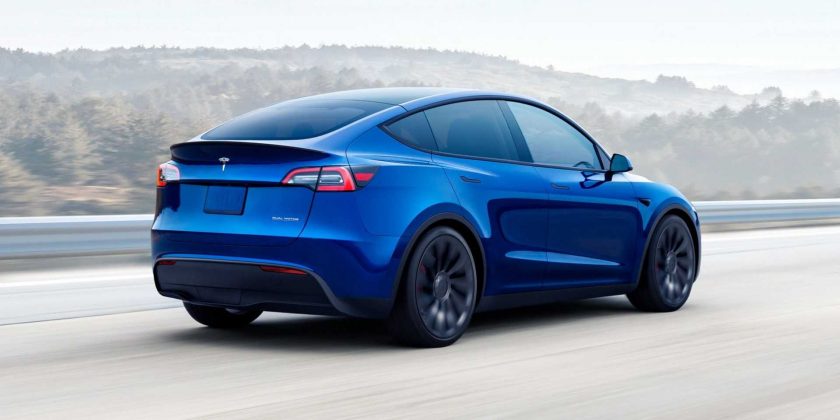 When the Tesla Model Y first came to market, Tesla CEO Elon Musk said it would be the electric automaker’s best-selling vehicle going forward. This may have been hard for some people to believe since it was really just an inflated Model 3, and quite pricey.

That said, it began to become clear rather quickly that the Model Y was actually outselling its smaller and cheaper sibling, and now it’s becoming one of the top-selling vehicles in the world.

According to the latest estimates from Bloomberg New Energy Finance (BloombergNEF), Tesla has delivered some 500,000 Model Y electric crossovers thus far in 2022. It wasn’t long ago when Tesla delivered fewer than half a million cars in total. How do 500,000 global deliveries rank among the world’s top-selling cars?

Based on 2021 sales, the Model Y would already be in the top 10 for 2022. The Tesla Model 3 actually snagged the ninth spot last year, not far behind the Ford F-150. The top-selling models in 2021 were the Toyota RAV4 and Toyota Corolla, each with around 1.1 million deliveries.

BloombergNEF projects that Tesla will deliver some 760,000 Model Y electric crossovers by the end of 2022. Depending on Ford’s global F-150 sales (Ford primarily sells the F-150 in North America, whereas Tesla sells the Model Y in many global markets), the Tesla crossover has the potential to outsell it worldwide this year. Check out Bloomberg’s chart below, which was shared by Sawyer Merritt.

Even if Tesla doesn’t actually sell 760,000 Model Y in 2022, and even if Ford sells more F-150 pickup trucks than anticipated, this is a major feat for what has become the most successful startup automaker the US has ever seen. The fact that Tesla only produces electric vehicles takes it to the next level. Bloomberg writes:

“Still, it’s hard to overstate how big a deal it is for an EV model to be this high in the global sales rankings. It increasingly feels like a question of when one rises to the top, not if this will happen.”

Let’s keep in mind here that Ford and Tesla are the only two US automakers to never file for bankruptcy. Ford now produces a highly successful electric pickup truck – the F-150 Lightning – and a fully electric crossover version of the iconic Mustang. The Ford Mustang Mach-E is arguably the Tesla Model Y’s top rival. Moreover, Ford’s CEO has credited Tesla on a number of occasions for steering the industry toward successful electric vehicles.