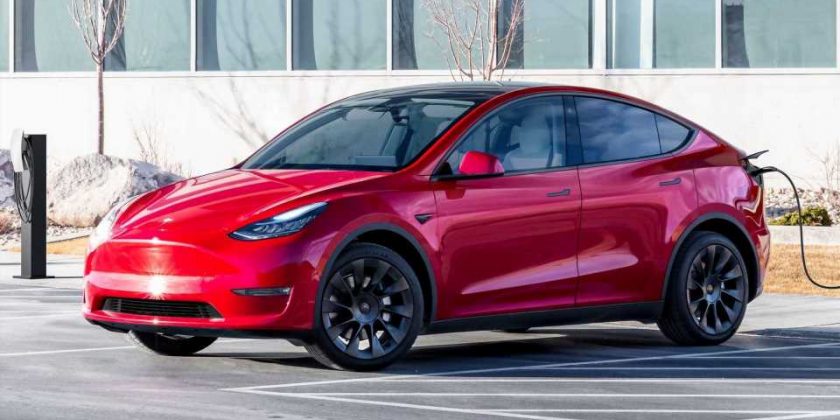 We’ve known for some time now that Tesla was producing a new version of the Model Y in Texas. It’s the Standard Range all-wheel-drive version of the crossover, and it uses Tesla’s new proprietary 4680 battery cells and structural battery pack. However, now it has come to light that Tesla is also producing the Model Y Long Range at its new Gigafactory in Austin.

For those unfamiliar with Tesla’s vehicle “trims,” the brand has been offering the Model Y Long Range for some time now. The automaker has changed its naming conventions for its vehicles to include a “base” model, but that’s not yet the case with the Model Y. Instead, on Tesla’s website, there’s a Model Y Long Range and Model Y Performance.

The Tesla Model Y Long Range is the cheapest Model Y shown on the automaker’s website, with a starting price of $65,990. That gets you all-wheel drive, 330 miles of EPA-estimated range, and a sub-5-second zero-to-60-mph time.

Meanwhile, the new Model Y Standard Range also comes standard with all-wheel drive. It seems Tesla is currently only offering it to existing reservation holders who live near the Austing factory. It started at $59,990 at launch, though reports now suggest the price has increased to $61,990. The version has 279 miles of electric driving range.

While the launch of the Model Y Standard Range was unfolding, it appears Tesla was potentially running a second assembly line in Texas to produce Model Y Long Range variants. According to several reports shared by Drive Tesla Canada, Tesla has already notified various customers that their Model Y Long Range is being prepped for delivery, and the VINs are specific to the new factory in Austin.

Tesla’s cars with VINs that have an “A” in the eleventh spot are built in Austin. Interestingly, several of the reservation holders have reported that they weren’t offered the opportunity to switch to a “4680 Model Y.” Instead, they’re simply going to receive the Model Y they originally ordered, though it seems it will come from the Texas factory rather than Fremont, California. It also seems based on all of the current reports that Tesla is aiming to deliver the Model Y Long Range variants ahead of the end of Q2 2022.

We have no way of knowing for sure that the Texas-built Model Y Long Range uses 2170 battery cells. However, we assume Tesla isn’t using the new 4680 cells and structural pack in this version of the Model Y. Hopefully, more information will surface in the near future.

What do you think? Leave us your best guesses in the comment section below. Visit the source link below for more details related to the Model Y owners whose Long Range crossovers are coming out of the Texas factory.