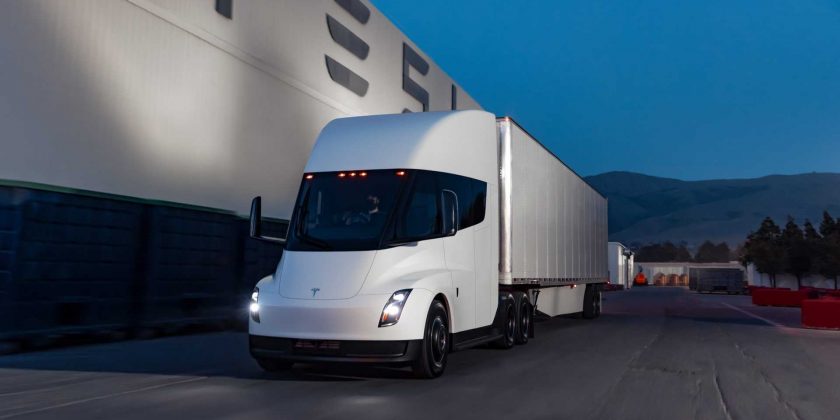 Many companies planning on purchasing the Tesla Semi put down deposits and signed up early. They’ve been waiting years for the electric haulers, and without many specific details about the trucks themselves. There’s always a chance that if the specs are disappointing, companies could cancel their orders. For this reason, it’s good to know that, according to Elon Musk, the Tesla Semi should be able to travel 500 miles when loaded with cargo.

Different automakers rate estimated EV range differently, and some even choose to use different EPA testing cycles, which can skew the data when comparing the range of two electric vehicles. This is why we do our own InsideEVs 70-mph highway range test with every EV we can get our hands on.

Chances are we’re not going to be able to range-test a Tesla Semi anytime soon, so we’ll have to trust Elon Musk and Tesla on this. However, regardless of how much real-world range the Semi proves to have over various terrain and in all sorts of conditions, it helps that Musk shared that the estimated 500 miles of driving range applies to an electric semi-truck that’s actually functioning as it will be once it’s put to use by its future owners.

Ford sort of did the same with its F-150 Lightning. Early on, some people were posting on social media that the truck’s range wasn’t likely enough. While the comments may have applied to the base model, even 300 miles of range with the larger battery could prove to be minimal for people who are working the truck hard and towing and hauling. However, Ford tended to be very fair with the electric truck’s range rating, such that it should be able to achieve a relatively impressive electric driving range even while it’s put through the paces.

During Tesla’s Q3 2022 earnings call, Musk attempted to dispel concerns and/or rumors that due to the Semi truck’s heavy batteries, it may not be able to pull off its 500-mile targeted range. In fact, the CEO said the Semi’s range estimate applies to when it’s hauling cargo, which makes sense. Musk shared via Teslarati:

“We will begin ramping up production of the Tesla Semi. No sacrifice to cargo capacity, 500-mile range. Just to be clear, 500 miles with the cargo on level ground.”

Musk was clear to note that traveling up an incline would obviously reduce the truck’s range. However, when EVs head downhill, they can recoup energy thanks to their regenerative braking systems. He went on to try to further dispel previous skepticism about the Semi, stating:

“But the point is, it’s a long-range truck and even with heavy cargo. And the number of times people tell, ‘No, you can’t — it’s impossible to make a long-range heavy-duty Class 8 truck.’”