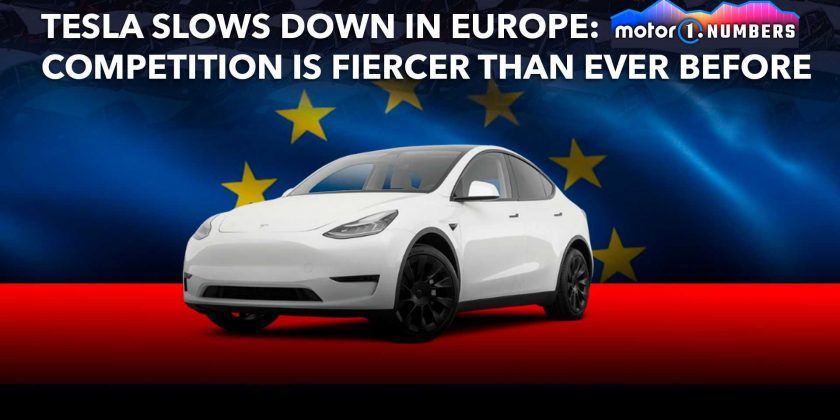 The European new car market continued to experience difficult times in the first half of this year. The latest data published by JATO Dynamics indicate that new car registrations fell by 14 percent compared to the same period in 2021, reaching 5.54 million units in 27 European countries. This figure differs from the positive change recorded in China (+ 3.4 percent) but is better than the results obtained in the United States, where the market collapsed by 18.2 percent.

Among the safe haven assets that have avoided a further decline are SUVs and electric cars. The former recorded a moderate decline of just 4 percent and represent almost 50 percent of the volume. The latter did much better, with an increase in registrations from 485,000 units in the first half of 2021 to 633,200 units in the first half of 2022, an increase of 31 percent. This means that battery electric vehicles (BEV) now represent 11.4 percent of the total market, which is almost four points higher than the market share of a year earlier.

The rise in BEV demand has not benefited all carmakers equally. Tesla, for example, was unable to capitalize on this growth, and while it has registered more cars than ever, its growth has lagged behind the overall market. Faced with new car availability problems due to the production stoppage at the Chinese plant, the California company saw its BEV market share decrease from 13.75 percent in the first half of 2021 to 13.33 percent in the first half of 2022. 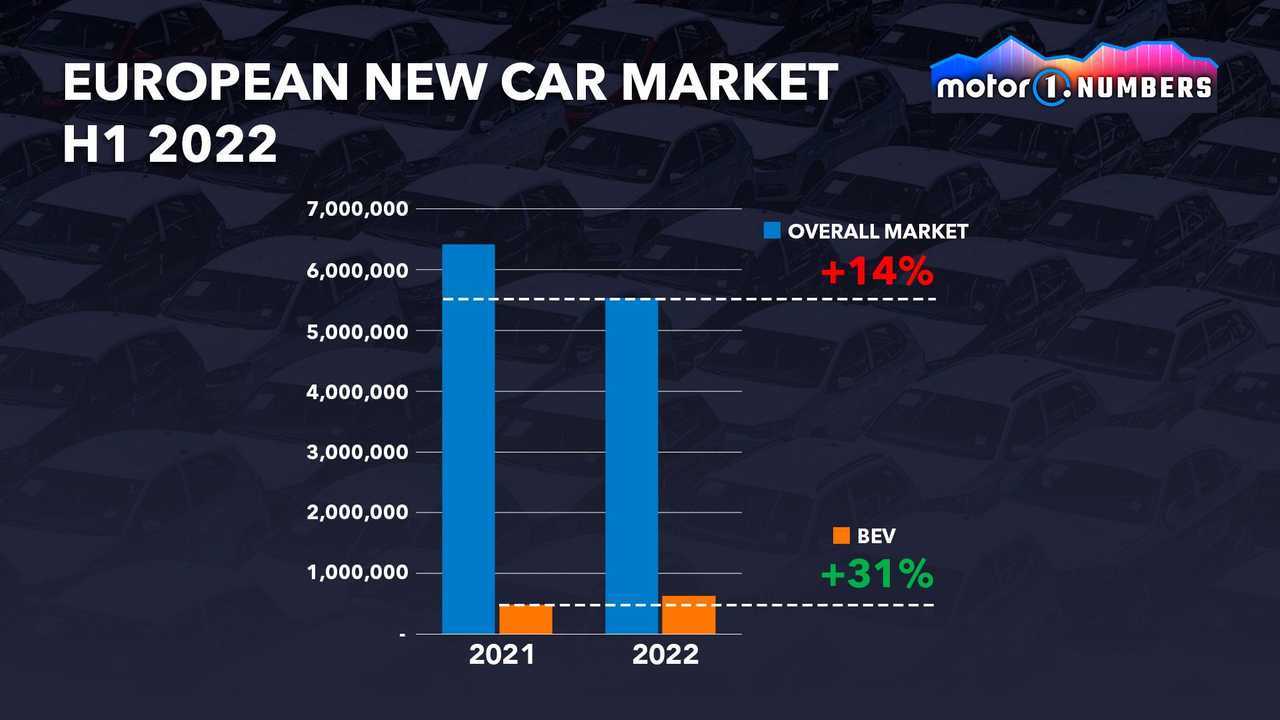 The 0.42 points lost places Tesla third among auto manufacturers in Europe with the largest market share drop in the period. Volkswagen Group leads the way with a 5.7-point drop, followed by Nissan at 1.4 points. Tesla was badly hit by a massive drop in Model 3 registrations in June – down 76 percent. It’s a month usually very strong in terms of volume.

As the brand moves towards full use of its new Berlin plant, it is still dependent on products sourced from its factories overseas. However, there are other reasons for the slowdown in growth in Europe. 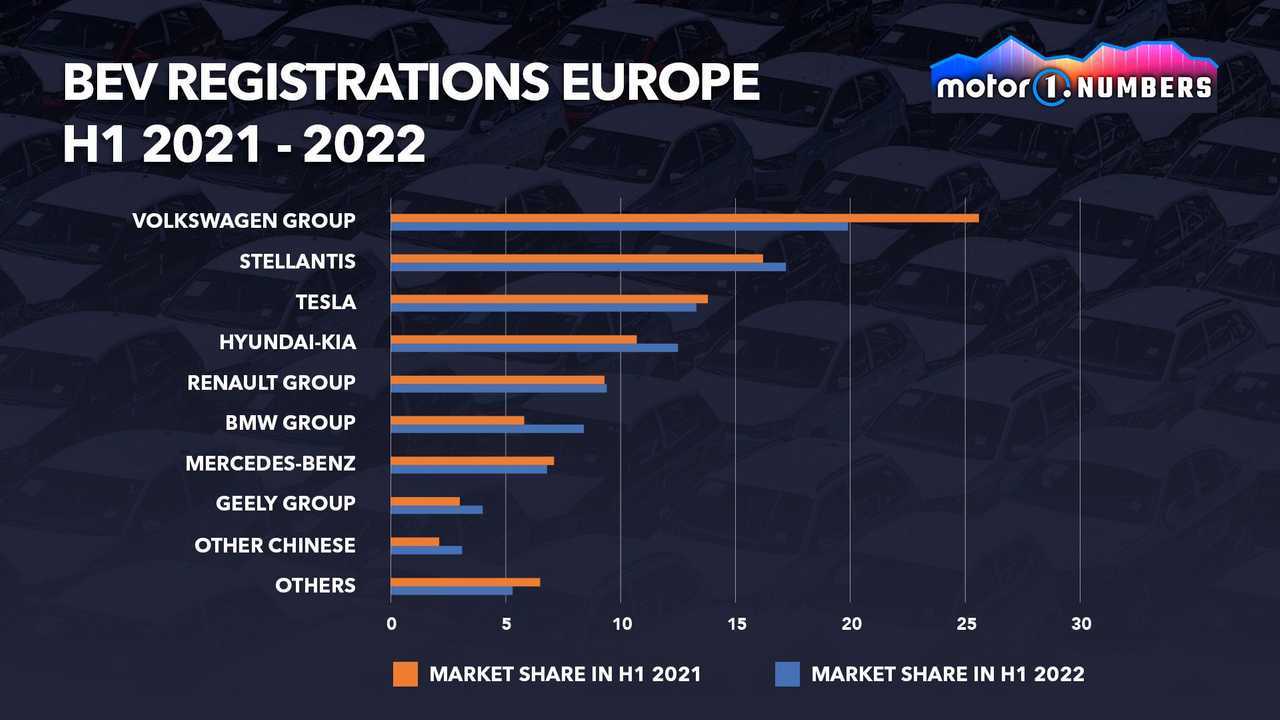 More Competition Than Ever

The Model 3 is facing increased competition not only outside, but also at home. The BMW i4 and Polestar 2 are two direct rivals that continued to gain ground in June. Also, as happened in the US and China, the Tesla Model Y has become a serious and more attractive alternative. In fact, Model Y was the most registered electric vehicle in Europe in the first six months of this year.

The race for electrification is involving almost all brands available in Europe. The BMW Group, for example, is the fastest growing manufacturer within the segment, with a market share that rose from 5.76 percent in the first half of 2021 to 8.37 percent a year later. The latest products, such as the iX, iX3, and i4, are enjoying a positive response from the public.

Hyundai Group is also growing faster than its rivals thanks to the strong results obtained by the Hyundai Ioniq 5 and the Kia EV6, in addition to the good position of the Hyundai Kona and the Kia Niro. Hyundai has positioned itself correctly as a serious manufacturer of electric vehicles with attractive products and competitive prices. Stellantis also won during this period. It consolidated its position as the second BEV seller in Europe, behind only the Volkswagen Group.

This was possible thanks to the excellent results of the Fiat 500 electric, the third most registered pure electric car in Europe in the period. It seems that the iconic Fiat is repeating the success of the combustion version: attractive design, ease of driving, and economical maintenance. 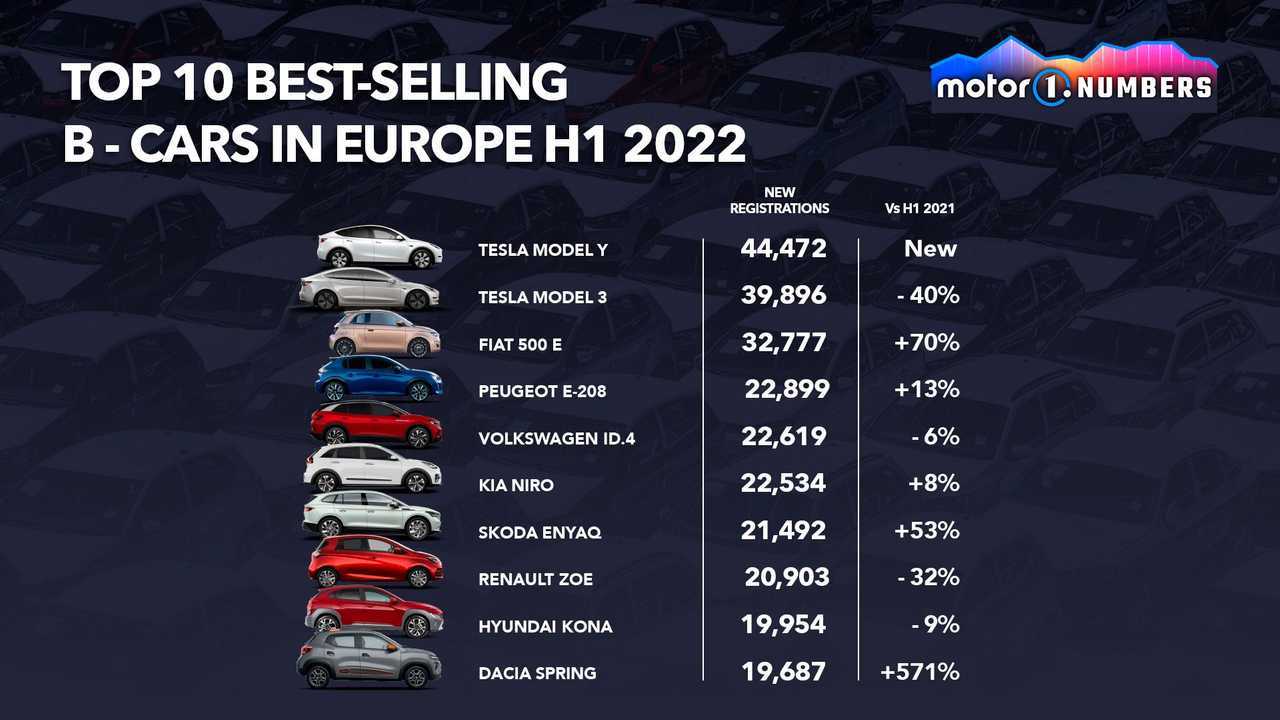 The author of the article, Felipe Munoz, is a JATO Dynamics Automotive Industry Specialist.