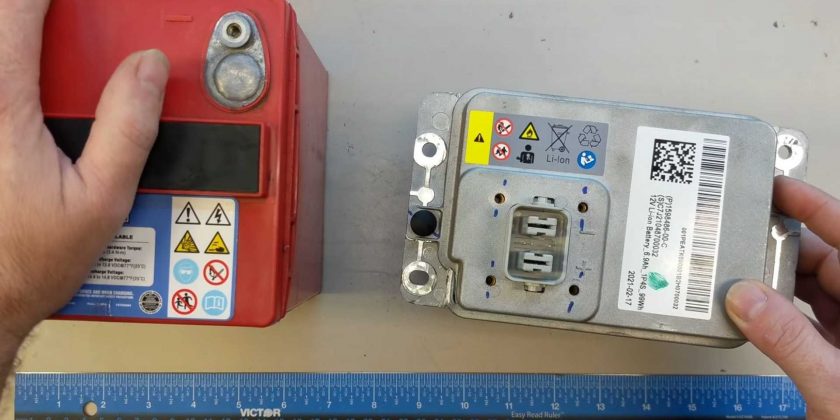 Thanks to an outstanding, two-part presentation and teardown conducted by Ingineerix, we can take an in-depth look at this new solution, hinted at in early 2021 by Elon Musk and shown only briefly at the delivery event.

The video starts with a general overview of why EVs still use 12 V auxiliary batteries and why they continue to use lead-acid ones, while the main traction battery is lithium-ion.

The lead-acid batteries turned out to be problematic in EVs, due to a different use case than a starter battery and manufacturers are expected to switch to lithium-ion versions sooner or later (partially, with the potential transition to 48 V auxiliary systems). Some individual users were already replacing their 12 V batteries with a li-ion version on their own (like here).

In general, a lithium-ion battery should be smaller, lighter, more reliable and last longer. It could be a bit more expensive, but the total cost of ownership should be lower.

According to Ingineerix, such batteries last in Teslas about 2-4 years, which is pretty low and sometimes causes unexpected problems if the car stops working. 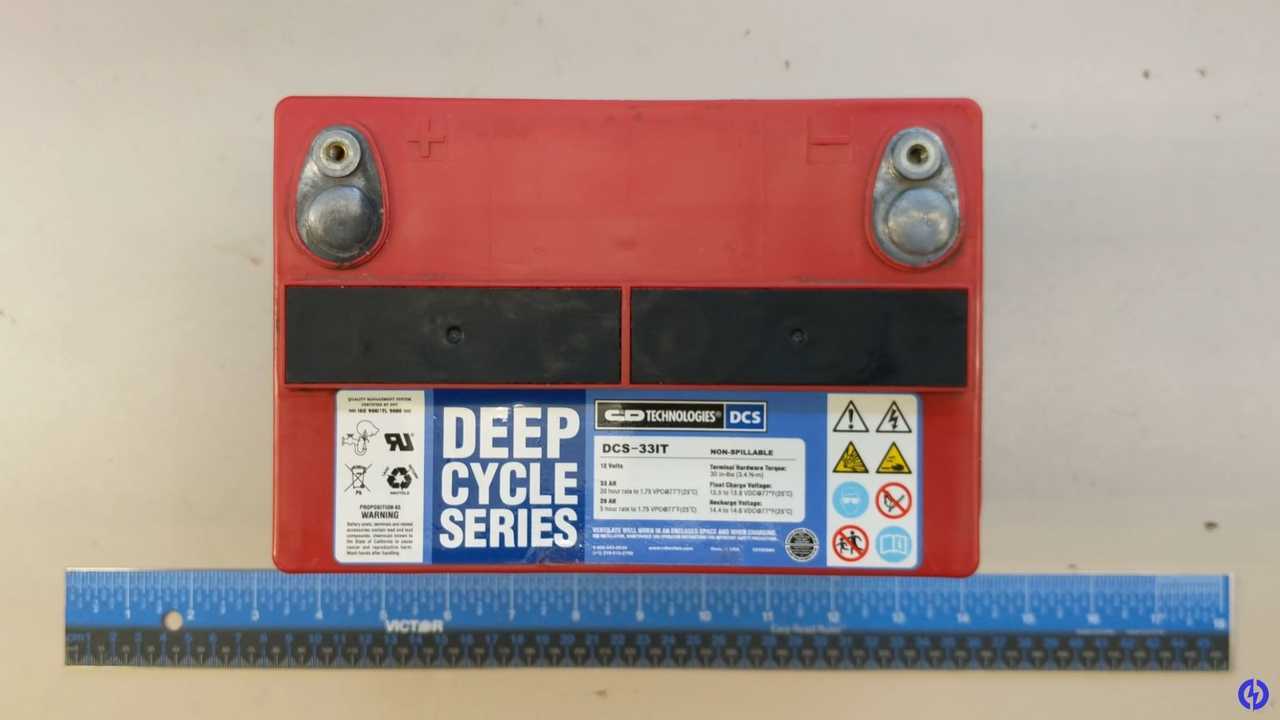 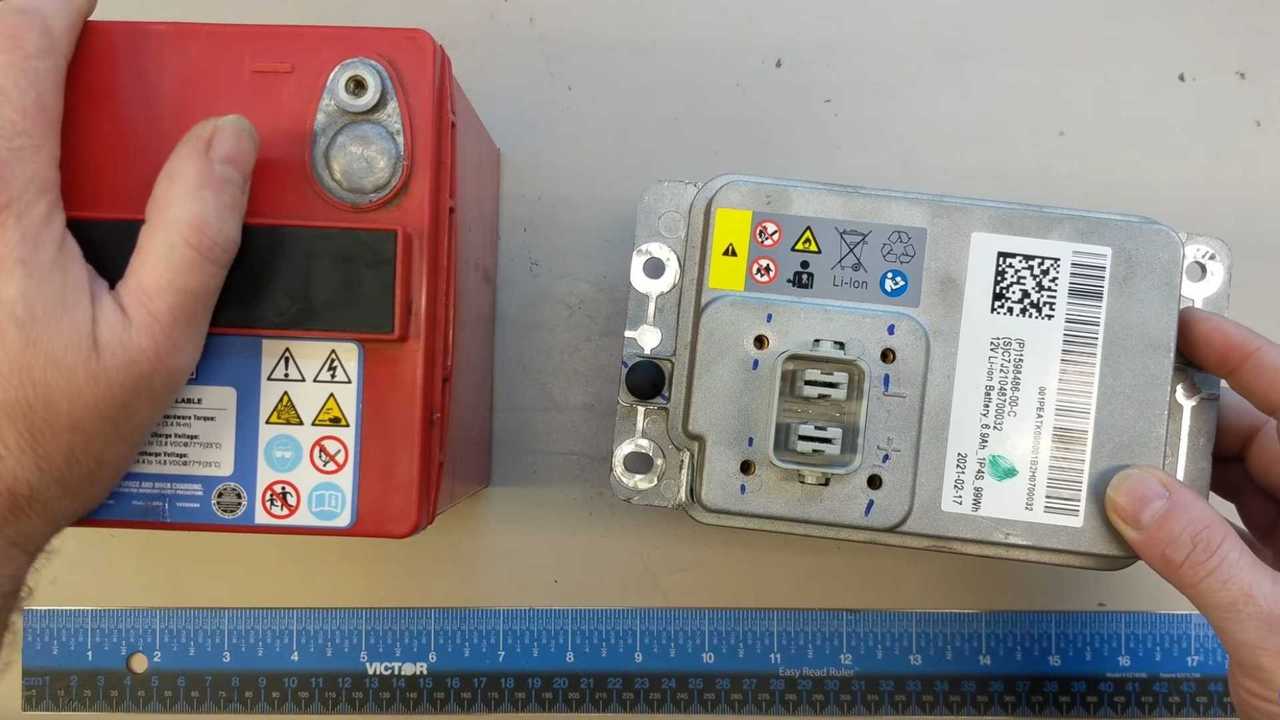 The new,lithium-ion battery is much smaller and much lighter (only about 4 lbs / 1.8 kg). That’s because it’s much higher energy density, but also has a lower energy content. We assume that with a more reliable and “smart” solution, there is no need for 0.4 kWh.

The battery has only a 0.1 kWh of energy (99 Wh to be precise) and a capacity of 6.9 Ah, according to the description.

The nominal voltage is slightly higher than normally in lead-acid battery (12.8 V). With four cells in series (3.7 V nominal) it should be at 14.8 V for most of the time. 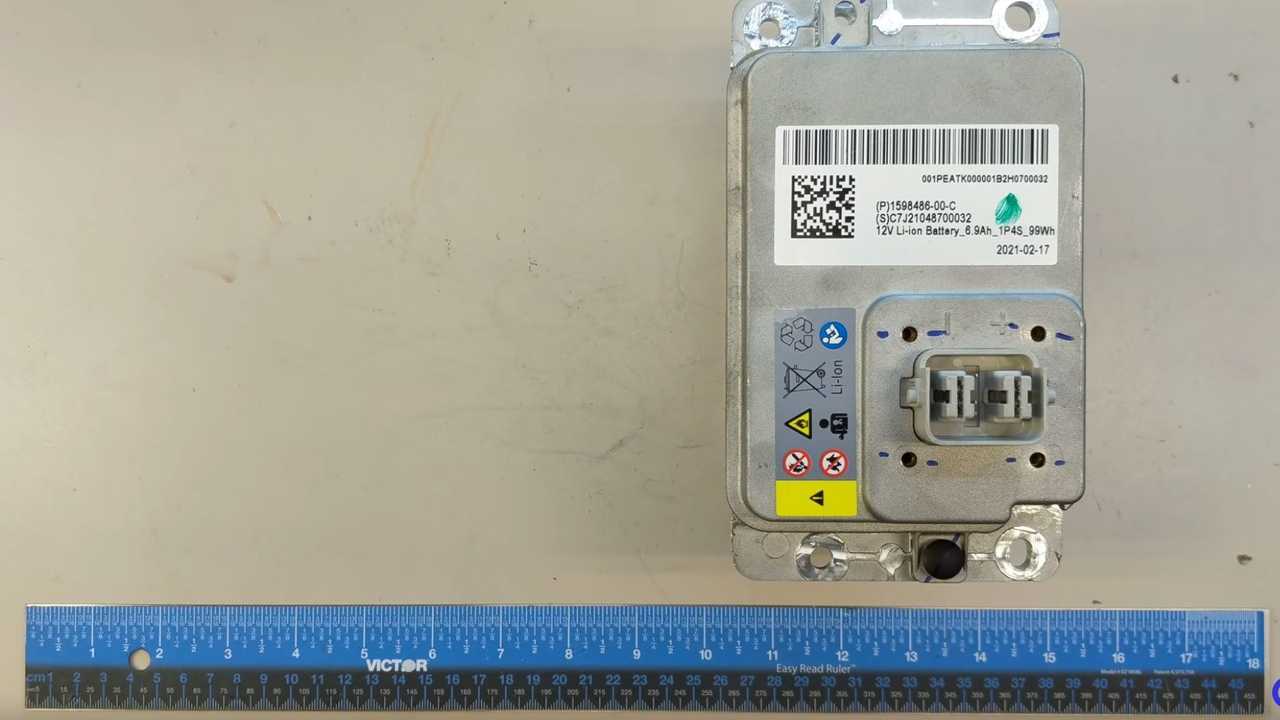 As we can see in the second video (on the bottom of this post), the new battery consists of a BMS circuit board made by CATL and four prismatic NMC lithium-ion battery cells (6.9 Ah each), connected in series.

It means that not only are the entry-level Model 3/Model Y equipped with CATL batteries (LFP traction batteries), but also the all-new flagship Model S/Model X has CATL batteries (just the auxiliary, not traction ones).

There is a theory that the system can heat up the battery with a repeated slow charging/discharging if needed.

The cycle life appears to be high at over 2,000 cycles until the capacity will decrease to 80% of the initial value. If everything was well designed, it should last as long as the car. 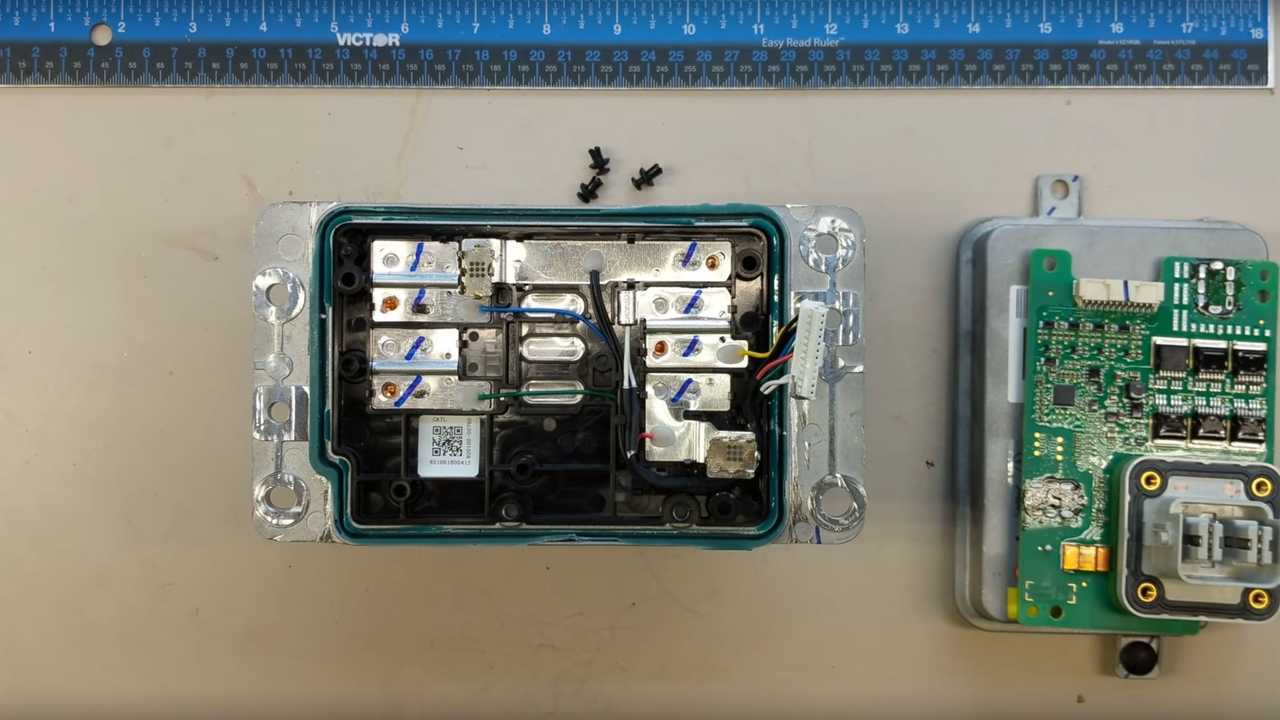