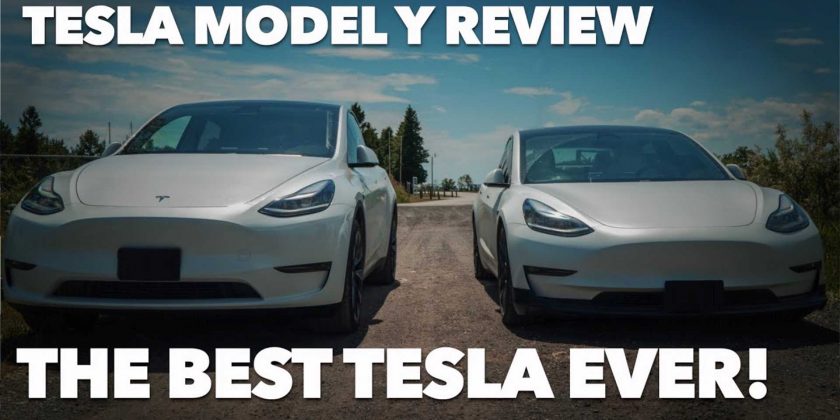 Two of the Tesla Model Y reviewers we’ve been patiently waiting for have taken things to another level.

At this point, many of the major automotive publications, as well as popular independent car reviewers, have reported on the Tesla Model Y. In fact, many have published their full reviews, and some have provided multiple videos and/or articles about the Tesla electric crossover.

We reviewed the Model Y not long after the first deliveries started. Since then, Sandy Munro has dissected the car, Edmunds has been reporting on its long-term Model Y, Alex on Autos featured the all-electric crossover, and Jay Leno shared his thought too, just to name a few.

We’ve been waiting for reviews from EV industry experts Trevor Page and Kenneth Bokor (EV Revolution Show). If you’re not familiar, the two started Model 3 Owners Club and have since gone down separate paths. The Model 3 Owners Club has a new name (to accommodate the Model Y and all other Tesla coverage) – Tesla Owners Online.

Since these guys were the first to do a deep dive review on the Tesla Model 3, and Page just took delivery of the first Tesla Model Y in Canada, it was fitting tor them to get together and review the car. Fortunately for us, they’ve collaborated to produce two Model Y reviews from two different perspectives.

Check out Page’s video above and Bokor’s video below. Once you’ve had a chance to watch them, scroll down and leave us a comment.