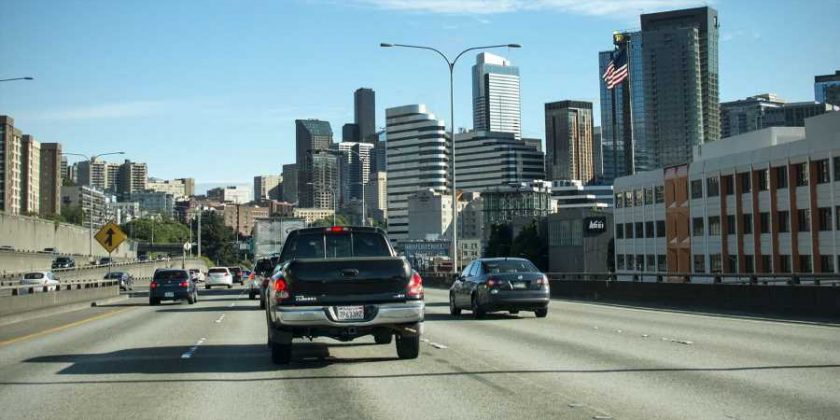 For all the EVs that have hit the market in the past five years, their sales couldn’t overcome the lure of cheap gasoline and the subsequent continued draw of larger vehicles. The EPA said this week in its automotive trends report that the fuel efficiency of the U.S. vehicle fleet had declined in 2019, dropping by 0.2 mpg to 24.9 mpg.

That in itself is not unprecedented. While the EPA has pointed out that since 2004, fuel economy along with CO2 emissions had improved for the past 12 out of 15 years, that means we’ve also seen declines at times, with the last taking place in 2014. Important to note, the average fuel efficiency of the U.S. vehicle fleet 15 years ago was measurably lower, at 19.3 mpg.

But something else rose in 2019. The average estimated real-world CO2 emissions rate for new vehicles rose by less than 1%, after seeing a record low in 2018. The emission rate increased by 3 grams per mile traveled in 2019, reaching a total of 356 grams for that year.

From a wider vantage point, the rate of progress over the past decade and a half does not really paint a picture of rapid improvement, something the EPA appears to acknowledge, especially when viewed from a decade ago when small and efficient hybrids and EVs were thought to be the cars of the future. The future that has arrived, on the other hand, arguably does not look awash in small electric hatchbacks and fuel-sipping three-cylinder cars.

The EPA’s report shows something else that had probably not been foreseen on as wide a scale when emissions credits were introduced.

That’s right: Most manufacturers resorted to purchasing emissions credits from each other or using saved up credits to achieve needed levels of compliance with greenhouse emissions standards for light-duty vehicles. Honda, Tesla, and Subaru were the only three major automakers that did not rely on banked or purchased credits to achieve compliance, relying on the fuel efficiency of their own cars, while all other major automakers either used stored credits or purchased them from each other.

One of the main causes of this trend is viewed by industry observers as auto buyers’ preference for large SUVs and trucks, a trend that appeared to accelerate sharply just in the past five years, after a few post-recovery years where the popularity of compact crossovers and fuel-efficient sedans and hatchbacks actually grew.

Will large SUVs and trucks continue to be popular in the current decade? Let us know in the comments below.