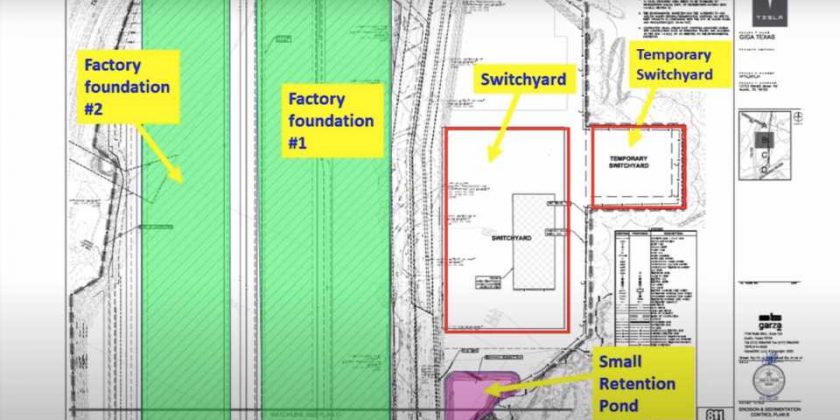 There will be a large alley splitting the building near Austin, Texas into two unequal parts.

In case you were wondering what Tesla’s new Gigafactory near Austin, Texas was going to look like, then this detailed video analysis will give you a very good idea. It’s basically going to look a lot like the still unfinished Nevada Gigafactory, but it will have one key difference.

It won’t be a single large building, but actually two distinct buildings separated by a wide alley. In fact, the Texas facility looks a lot closer in its final form to its Shanghai location (which is split into four separate buildings), as well as the one in Berlin that also features a similar design.

This was also the original plan for the Gigafactory Nevada, but only around 30 percent of that building was erected. Tesla is definitely going for a consistent look for all its plants, regardless of where they are built, although they will differ from location to location.

The one in Texas is expected to be completed in 2021 and Tesla intends to build the Cybertruck at this production location. However, it won’t be the only vehicle to roll out of this factory, and it may also build the Model 3 and Model Y.

The Tesla Semi may also be assembled here, although the plant’s focus will probably be the Cybertruck. And if the Cybertruck proves as popular as the hype built up around it (and the claimed over 600,000 preorders for it) would suggest.

If you really want to know how big the Texas plant will be, where everything will go and its current state of completion, then check out this video posted Joe Tegtmeyer. It contains plans and drone footage that show what the site looks like now.