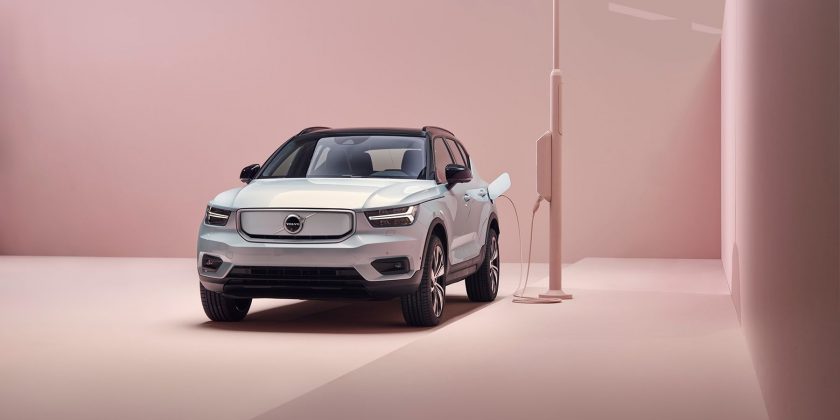 Volvo plans to switch to an all-electric lineup by the year 2030, the announcement coming in the wake of similar plans unveiled by several other automakers in recent months. The Swedish automaker went a step further, however, indicating that it may upend the entire way it sells cars: Volvo said its new family of electric cars would be available online-only in the near future.

To accomplish this, Volvo plans to invest seriously in its online sales channels, and “radically reduce complexity” in its lineup. It also aims to establish set pricing models. Put together, this could mean that traditional dealers would effectively be relegated to car delivery and service.

“The future of Volvo Cars is defined by three pillars: electric, online, and growth,” said Lex Kerssemakers, head of global commercial operations at Volvo Cars. “We want to offer our customers peace of mind and a carefree way of having a Volvo, by taking away complexity while getting and driving the car. Simplification and convenience are key to everything we do.”

The online sales direction is not an entirely new endeavor for Volvo; the automaker had announced a few years ago that it would experiment with online sales as well as a subscription model called Care by Volvo, so Volvo dealers have been on notice for some time now.

The plans announced this week, however, represent an accelerated timeline of how Volvo plans to change itself and its dealer network in several markets.

“This race towards pure electrification is quickly intensifying, with Volvo joining the ranks of premium and non-premium brands alike making the pledge to drop gas engines,” Robby DeGraff, industry analyst at AutoPacific told Autoweek. “Volvo’s latest news came as quite the dramatic one-two punch. Not only will the entire lineup be free of ICEs in less than 10 years, but every one of its EVs slated to bow between now and 2030 will only be available through online ordering.”

Amid the announced strategy is something very telling: Volvo says that it wants to focus on the premium electric market, which it says is the fastest-growing segment in the industry at the moment. The converse is perhaps even more significant: Volvo doesn’t want to focus on non-electric, non-premium segments. This means that customers accustomed to buying gas- or diesel-engined Volvos will have to look elsewhere—including potential customers in major markets like Russia and India, where EV adoption rates and EV infrastructure growth have been very low.

Its push toward online sales is far more inclusive. The automaker was an early believer of this method, catering to transparency and convenience as well as the evolving comfort on the part of customers for large online purchases, sometimes sight unseen. There will still be a role for dealers when it comes to maintenance and repairs in Volvo’s plans, as well as delivery of online-ordered vehicles.

“Online and off-line need to be fully and seamlessly integrated,” added Kerssemakers. “Wherever the customer is in their journey—online, in a showroom, in a Volvo Studio, or driving the car—the customer experience needs to be top-notch.”

Volvo also sees a greater market demand for bundled services on the horizon, including the subscription model which combines maintenance, monthly car payments, and even insurance into a monthly contract, bypassing separate leasing and insurance companies. This model is also likely to pick up momentum in the coming decade.

News of Volvo planning an all-electric range follows a commitment by Jaguar to do the same by 2025, by Bentley to go electric by 2030, and General Motors by 2035.

Out of those three, Volvo is of course closest to Jaguar in its positioning, pricing, and lineup variety, which is not as flattering a comparison as it may sound because it faces the same pressures that have driven Jaguar to a less than desirable competitive position.

The company’s mention of a goal to “radically reduce complexity” in its offerings suggests a further reduction in the number of platforms once battery-electric offerings start to dominate its lineup—something that Jaguar is also going through at the moment. This means that we could see some Volvo models go away in the distant future, as consumer tastes shift away from sedans and small hatchbacks, but for the next few years the lineup may remain fairly stable and well-stocked with PHEVs.

“Whereas other automakers may be more so ‘amateurs’ and cautious when it comes to taking the leap into electrification, Volvo’s definitely the one they should aspire to mirror, with six of its models currently offering a plug-in hybrid,” DeGraff added. “Volvo’s approach is smart too, because they’re not forcing its base into just crossovers thanks to PHEV versions available for the S60, V60 wagon, and the stately S90. I expect this diverse portfolio strategy not to change come 2030, and really think it will help Volvo remain a true leader in the premium electric segments.”

Will there still be demand for gas- or diesel-engined Volvos from repeat buyers after 2030? Let us know in the comments below.