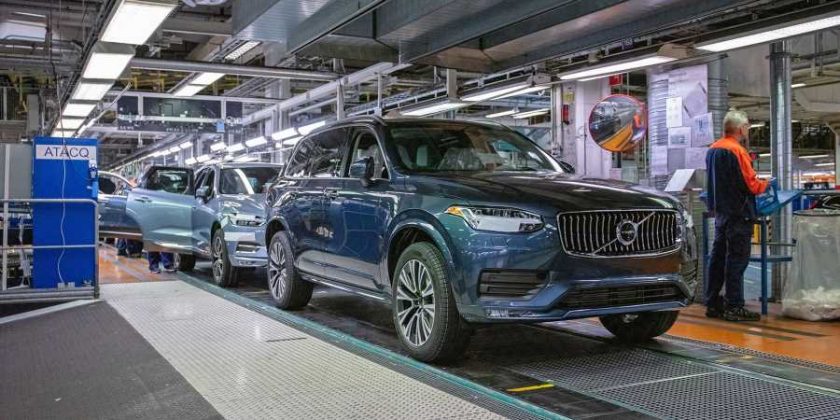 The Swedish automaker’s oldest working plant has become climate neutral this year, becoming Volvo’s second site to achieve this status, marking a significant advance toward the automaker’s goal of making all of its production sites climate-neutral by 2025.

What could be a surprise to some is the fact that Torslanda is actually Volvo’s oldest plant, and this status was achieved through a series of carefully planned improvements. The plant currently sources half of its heat from biogas and the other from district heating by using industrial waste heat. The Torslanda plant also switched to climate-neutral electricity in 2008. Volvo has also made sure that the factory has reduced the amount of energy that it uses, and has achieved annualized savings of almost 7000 mWh during 2020, which Volvo notes is enough energy to power 450 Swedish family homes for a year.

Climate neutrality was achieved when the automaker registered no net increase in the emission of greenhouse gases into the atmosphere as a result of the heating and electricity used by the plant. Volvo’s plan is to have all of its global sites achieve this status by the middle of the decade. The first plant to achieve it was its Skövde engine plant in Sweden in 2018.

The Torslanda plant opened in 1964, two years before the Volvo 140 series debuted. Torslanda itself is a district of the city of Gothenburg, which is Volvo’s home. 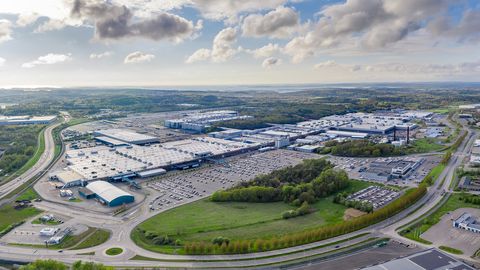 “Establishing Torslanda as our first climate-neutral car plant is a significant milestone,” said Javier Varela, head of industrial operations and quality at Volvo Cars. “We are committed to having a climate-neutral manufacturing network by 2025, and this achievement is a sign of our determination as we consistently work to reduce our impact on the environment.”

Making factories climate-neutral is something that a number of automakers are pursuing, cognizant of the fact that even with an all-EV lineup a factory can actually produce quite a lot of pollution and greenhouse gases. But being climate-neutral is not the same thing as being carbon-neutral: the latter is achieved when a site registers no net release of carbon dioxide into the atmosphere, while climate neutrality encompasses all greenhouses gases. So climate neutrality is more difficult to achieve for a car factory, but it’s still a step below being climate positive, which is when activities create a benefit by actually removing extra carbon dioxide from the atmosphere.

Of course, these are still distinct concepts from an overall environmental footprint of auto manufacturing, which extends to the mining of metals and production of plastics sourced for the cars produced—the off-site industrial activities in the supply chain invariably have the most impact on the environment, even if it doesn’t involve as much carbon emissions. Factories, on the other hand, these days tend to be places of stamping and assembly of components shipped to them, so it’s relatively easy to reduce a site’s greenhouse gas emissions if there is no metallurgy happening inside.

In the EV age, reducing the overall environmental impact of mining, especially when it comes to metals, will be much more important than achieving climate neutrality on a given manufacturing site. This is why the race toward solid-state batteries will be one of the most important milestones for EVs in this decade.

Are EV battery lifetimes and their environmental impact a concern to you if you’re considering an EV? Let us know in the comments below.