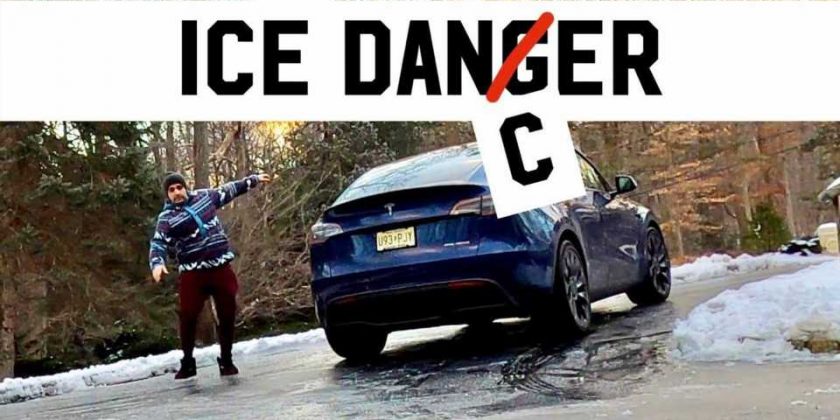 It seems that Tommy L Garage has still not run out of ideas on how to test his Tesla Model Y Performance on his own driveway.

After a few episodes on the snow (here and here) it’s time to see – in humorous fashion – what happens when the hill is covered with ice. In this episode, the rear-wheel-drive BMW M3 was left in the garage.

The first question is whether the car will be able to go up. It’s equipped with all-season tires (not studded), which means that it’s a risky test – it might slide pretty easily. On the other hand, it has all-wheel-drive and a pretty good drive unit computer that smoothly controls the motor’s speed and torque.

As it turns out in the video, the car actually was able to slowly move up, also from a standstill, without much drama. Maybe besides one slide when the driver was fooling around outside.

It was a quite positive outcome, but drivers should be careful and not get a false impression that they are safe on ice. It’s a very bad idea to perform similar driving experiments, especially on public roads.

Tommy L Garage has decided not to go downhill, which is actually smart, considering that at the bottom there was a parked car and really no space to safely stop if something goes wrong.