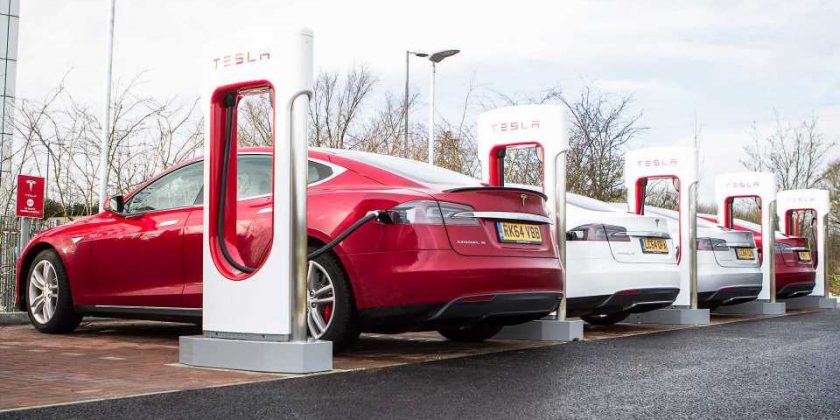 Why is Tesla so successful? Many analysts don’t seem to get it. Autopilot? Batteries? Superchargers?

Posted on EVANNEX on February 12, 2021 by Charles Morris

Tesla’s level of accomplishment in a short time is remarkable—the company has only existed for 17 years, and yet it’s become the most valuable automaker in the world. However, another thing that seems remarkable is that, after 17 years of discussing and analyzing everything the company does in minute detail, so many people, including extremely well-informed individuals in the automotive and tech fields, still can’t grasp the reasons for that success.

Is it the world-record 0-60 time? The A-list celebrities who drive Teslas to all the most exclusive Hollywood and Silicon Valley parties? Is it the over-the-air updates? Autopilot, Dog Mode, or Fart Mode?

All of these things are contributing factors—the company has an unbeatable bundle of selling points to trot out. David Havasi, one of the pioneers of Tesla’s sales operations, explained to me that his sales strategy relied on what he called the superlative approach:

“You find out what the person values, then you show them how the Tesla meets that value proposition in a way that no [other] product could ever meet it. They value efficiency? This thing’s double the efficiency of the Toyota Prius. They value performance? It’s the quickest production vehicle ever made. They value safety? Lowest probability of occupant injury ever. Storage? Almost double the storage of other cars in its class. On and on and on.”

Selling against Tesla would be a tough hill to climb (few salespeople for other EV brands even try, but that’s a subject for another article). However, no single one of these superlatives can explain the California carmaker’s success.

Many in the media cite the Supercharger network as Tesla’s secret sauce. It’s true that the Supercharger network was a critical deal-closer in the early days, when range anxiety raged, and that it continues to be a substantial competitive advantage for Tesla. But the idea that other automakers haven’t been selling EVs because they didn’t build Superchargers, or that they could duplicate Tesla’s success by rolling out their own fast charging networks, is nonsense.

A recent study by management professors at the University of California, Davis, and Dartmouth College advances this infrastructure-determinist school of thought. “Electric vehicles cannot succeed without developing a nationwide network of fast-charging networks in parallel with the cars,” write the authors of The Business of Electric Vehicles: A Platform Perspective. “Current EV business models are doomed unless manufacturers that have bet their futures on them, like General Motors and VW, invest in or coordinate on a robust supercharger network.”

Leaving aside the overstatement that GM and VW have “bet their futures” on EVs (“hedged their bets” would be more accurate), the implication that legacy automakers need only add high-speed charging to the mix to catch up to Tesla is a dubious one. There’s no question that Big Auto needs to invest more in charging infrastructure, but that’s only part of the picture.

As Professor Hemant Bhargava and his co-authors correctly point out, about 90% of the EVs sold in the US to date have been Teslas. But the main reason the legacy brands haven’t sold many of their EVs is that they haven’t marketed them. As we’ve explained in this space many times, the capability is there, but the motivation is lacking.

I’ve driven most of the EVs available on the US market, and almost every one of them has been a fine automobile. However, none has been supported by anything like the kind of marketing resources that the makers devote to their gas-guzzling, money-spinning trucks and SUVs. Even now, the most charged of the legacy brands are basically planning for a slow and gradual transition to EVs. Despite what you may read in the mainstream media, GM has not announced that it’s going to go fully electric by 2035—it said it “aspires” to convert its light-duty vehicles—not trucks, mind you—to electric drive by then.

The UC Davis/Dartmouth researchers are right on the money about one thing. “Tesla has played the platform game. Other automakers are still playing a product game,” said Professor Bhargava. He compares EVs to other platform-based products such as smartphones, which depend on an ecosystem of other products and services, including mobile data networks and third-party apps.

Tesla has taken a platform, or “full-stack” approach from the beginning, and the Supercharging network is a part of that, but there’s much more to this strategy. OTA updates, Autopilot, stationary battery storage, solar panels, direct-to-consumer vehicle sales and service, vertical integration—all of these things combine to deliver an overall customer experience, and any automaker that aspires to offer something like what Tesla is offering is going to have to do a lot more than just invest in some fast charging stations (although that would be a good first step).

If you’re looking for one all-encompassing reason that explains Tesla’s domination, you’d do better to look at the company’s basic identity. Tesla sells only electric vehicles, and its mission is to get everyone to drive electric, even people who don’t buy Teslas. They don’t have any legacy products to nurse, or stranded assets in ICE technology to try to rescue. The old-line automakers can put a fast charger on every corner, but until they put their EVs at the center of their marketing efforts, and commit to retiring their dinosaur-burners a little earlier than 15 years from now, they’ll continue to be also-rans in the e-mobility race.