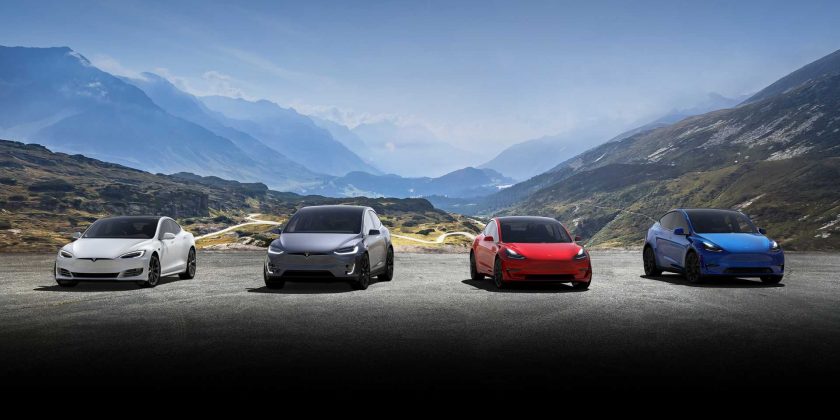 Many Wall Street investors have trouble understanding why Tesla’s market value continues to rise above the stalwarts of Big Auto. Isn’t Elon Musk’s automaker just another car company that happens to make electric cars? Well, no. There’s a lot more to it. Kristina Zucchi at Investopedia reveals some of the “secret sauce” that makes the Silicon Valley automaker so unique.

With its ongoing software updates and ever-evolving autonomous driving features, Tesla is often viewed as a tech company. Zucchi notes, “Much like other tech companies, Tesla is intent on changing existing business models within the stodgy automotive industry… Its product pipeline and founder evoke a loyal following similar to those for iconic tech companies such as Apple.”

It all starts with a different sales model. Zucchi explains, “Unlike other car manufacturers who sell through franchised dealerships, Tesla sells directly to consumers. It has created an international network of company-owned showrooms and galleries.”

And by selling direct, Tesla “creates a better customer buying experience. Unlike car dealerships, Tesla showrooms have no potential conflicts of interest. Customers deal only with Tesla-employed sales and service staff.” In addition, Tesla’s been a pioneer in online auto sales too.

Without franchise dealers, Tesla also set out to create its own service centers. Furthermore, according to Zucchi, “Tesla employs what it calls Tesla Rangers – mobile technicians who make house calls. In some cases, the service is delivered remotely. [Teslas] can wirelessly upload data, so technicians can view and fix some problems without ever physically touching the car.”

While traditional automakers have begun (often reluctantly) to introduce electric cars, their road trip charging options can be limited — sometimes confined to disparate third party networks. In contrast, Tesla has its own proprietary Supercharger network which has grown to be the “gold standard” in the industry.

According to Zucchi, Tesla remains at a distinct advantage as a result of building its own “network of charging stations to solve one of the greatest obstacles facing the adoption of electric vehicles – refueling on long trips.”

And it’s not just about cars and trucks for Tesla. According to Zucchi, the automaker has “a line of home batteries, called the Powerwall, that serve as energy storage systems in homes… meant to connect with a solar energy system and can be used as backup power when power is interrupted or peak demand is high.”

Tesla also sells solar panels and solar roofs as well. In addition, the company has backup battery storage solutions for grid-scale, utility, and commercial purposes too.

In short, Tesla is a disruptive tech company with a clearcut 360-degree strategy to employ clean energy solutions worldwide. And, as fossil fuels fall further and further out of favor with today’s investors, let’s face it — Tesla remains the high-profile company (and stock) that attracts a passionate, future-focused, loyal following around the globe.