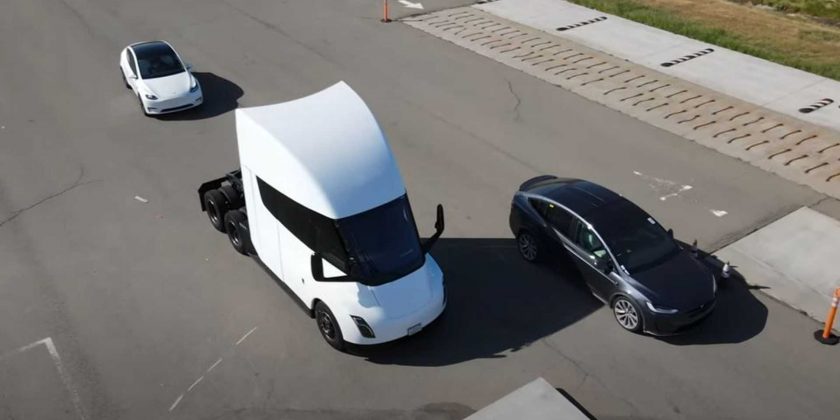 Tesla has been moving slowly towards its class-8 electric Semi truck production goals since the company’s official unveiling on November 16, 2017. The Tesla Semi program has now reportedly been moved into the “limited production” phase.

This limited production is taking place at a new purpose-built building at Gigafactory Nevada which is also home to Tesla’s cell production.

Tesla enthusiast Sawyer Merritt (who is connected to some sources at Giga Nevada) recently reported that Tesla Semi production has finally begun at this location.

Let’s watch how good the Tesla Semi truck in bobtail looks when it performs a test run on the Giga Nevada test track.