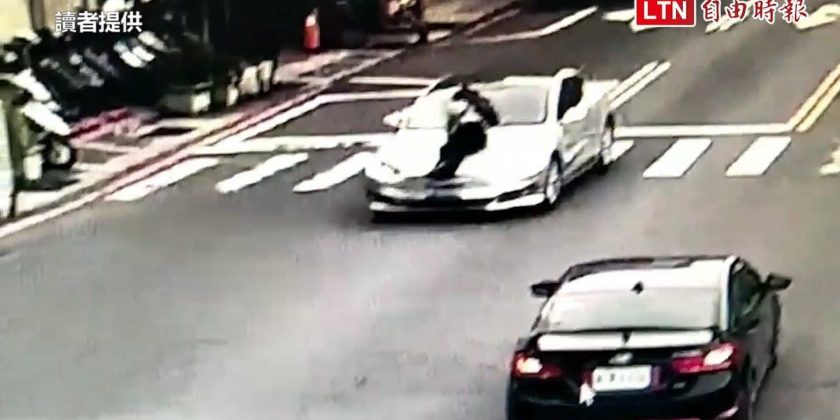 He didn’t really want to ride like that, but the driver had a “different opinion.”

An unusual event happened in Tainan City in southern Taiwan, where a man hitched a ride laying on the hood of Tesla Model S for about 300 meters.

Knowing what some people are capable of, one might wonder whether he’s driving the car from the hood or something? Did the hands-free driving go wrong? Is he full-self-driving it from the hood? Well, not really.

According to Liberty Times​ Net, the man got into a dispute with the driver about parking lot payments/management and things escalated… or maybe rather “accelerated” quickly. Fortunately, the man got off of the car without injury.

“On Gongyuan Road, North District, Tainan City, at around 3 pm on the day of the New Year’s Eve on the 10th, there was a thrilling scene of a man lying on the hood of the Tesla and driving about 300 meters away by the car, which caused many passersby to exclaim. Finally, the man got out of the car without injury.

It turned out that the dispute started with a dispute between a residential building and a neighboring hotel over whether the parking lot on the second basement floor should be paid for management fees. The committee advocated that hoteliers should share management fees, but hoteliers have different opinions.”

The article outlines the details of the long-term property rights dispute between the residential building and the hotel next door to the parking lot.

As it turns out, the Tesla driver first smashed the fence and forcefully entered into the parking lot, before taking a guest for a ride while leaving.

We didn’t know what to think when we first saw this short clip, but now that we know the circumstances, it makes a bit more sense. Regardless, riding on the hood of a moving car is not advised under any circumstance whatsoever.