The stage was set for the global unveil of the new generation Land Rover Defender but as Ralf Speth, Chief Executive Officer, Jaguar Land Rover explained the history of the Defender, there was a picture that popped up on screen which gave us a glimpse of what the tail lamps of the next generation Jaguar XJ will look like. The Jaguar XJ will be launched by early 2020 and the new-gen will also mark the 50th anniversary of the first XJ. Once the Jaguar XJ is tuned with an electric motor, the company will look to take on Tesla’s Model S. The only picture that we see is of the tail lamps and it looks like an LED unit running across the rear which looks very futuristic. But that’s all we get to see. It looks as if the new XJ will get a sharper XF-inspired bootlid, and there’s the centrally-mounted badge with ‘Jaguar’ lettering, too. We don’t see much after that as the image fades out and disguises the other side of the car giving us no view of the overall shape. But yes, it’s sharper for sure. 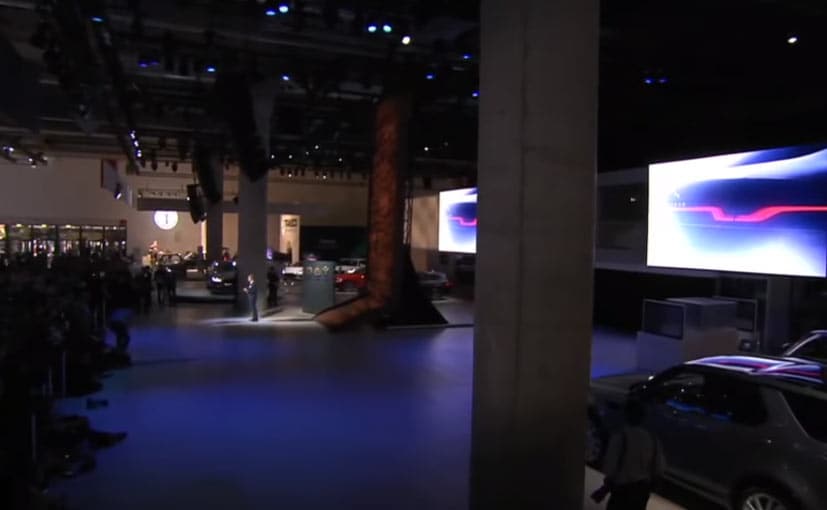 Codenamed Road Rover, the new generation Jaguar XJ will also get cosmetic changes along with the electric motor. Reports suggest that the XJ will be turned in to a five-door sedan instead of the current 4-door body. It is understood that the design layout for the new XJ is ready and the company will soon start working on it. This new design language will also be seen in the future Jaguar models.

With stiff competition in the luxury sedan segment, the British car-makers, whom were till now reluctant to update the XJ, decided to take the very concept of luxury to the next level. Jaguar, instead of giving a normal facelift, decided to electrify the next generation XJ and can also act as a flagship product for future electric models. With the new generation Jaguar XJ, the company hopes to topple Mercedes-Benz S-Class, BMW 7 Series, Lexus LS, and Audi A8. While Mercedes-Benz, BMW and Lexus also offer hybrid versions of the above mentioned models, Audi will soon launch the A8 E-Tron.