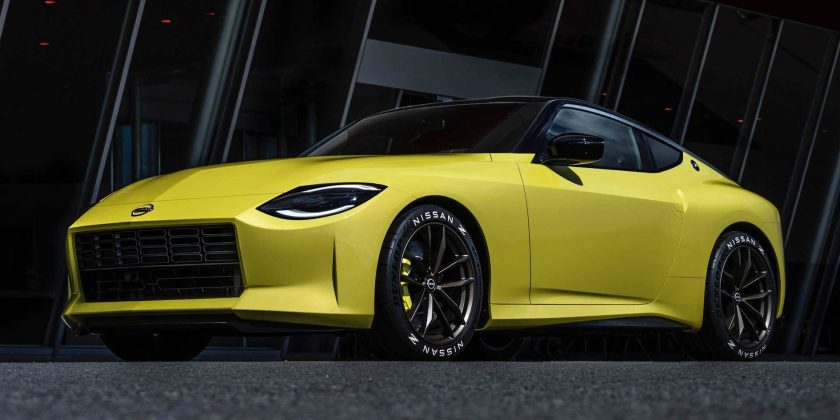 Photos don’t do the car justice.

It’s been over a week since Nissan unveiled its potential 370Z successor, the Z Proto. It’s enough time for the new-debut excitement to wear off, and it’s also time to get better acquainted with the styling details of this near-production prototype. Perhaps more importantly, it’s enough time to get a better gauge of public opinion, and there are rumblings about the Z’s simplistic look, particularly with that big rectangle of a grille up front.

As is often the case, vehicle impressions differ when you see them in person. JDM Masters had the chance to do just that recently, visiting the Nissan Pavilion in Yokohama where the Z Proto is currently on display. We’ve already seen plenty of photos and official footage from Nissan, but this clip spends time talking about various design details and endeavoring to show them on camera. Even with narration on what we’re seeing it’s still tough to really comprehend the Z Proto’s true design language.

The takeaway from the video is that photos simply don’t do justice to the prototype. It looks rather basic overall, which is simultaneously the source of both praise and criticism. The camera does manage to capture the flared wheel arches in a flattering light, and you may have missed the subtle roof spoiler in previous photos.

Perhaps most interesting is the close look at the Z Proto’s rectangle grille, which is actually two sections. The lower portion is of a different design and there’s also a carbon fiber lip spoiler nearly hidden beneath the fascia. It all combines to give the Z Proto’s face a very different in-person appearance versus what people see in photos and videos like this. In other words, we’ll have to bide our time until we can get a personal look at the Z Proto to gain a clearer understanding of everything that’s happening here.

It’s also important to remember this car is technically a concept. It could well go through some changes before entering production, and there’s still a chance it won’t see production at all. Nissan hasn’t officially confirmed, though we do expect to see something in showrooms in the next couple of years.