Pagani Automobili has unveiled its newest hypercar, the Huayra Roadster BC. And just like its Zonda and Huayra brethren before it, this new Pagani is bonkers.

The Roadster BC was conceived as a one-off project for a cherished Pagani customer. With the car’s vast cost—nearly $3,500,000 at today’s exchange rate—Pagani wasn’t sure if it was feasible to make more than one of these removable-hardtop roadsters. Fortunately, the hypercar stars aligned. Customers voiced interest; Pagani will build 40. 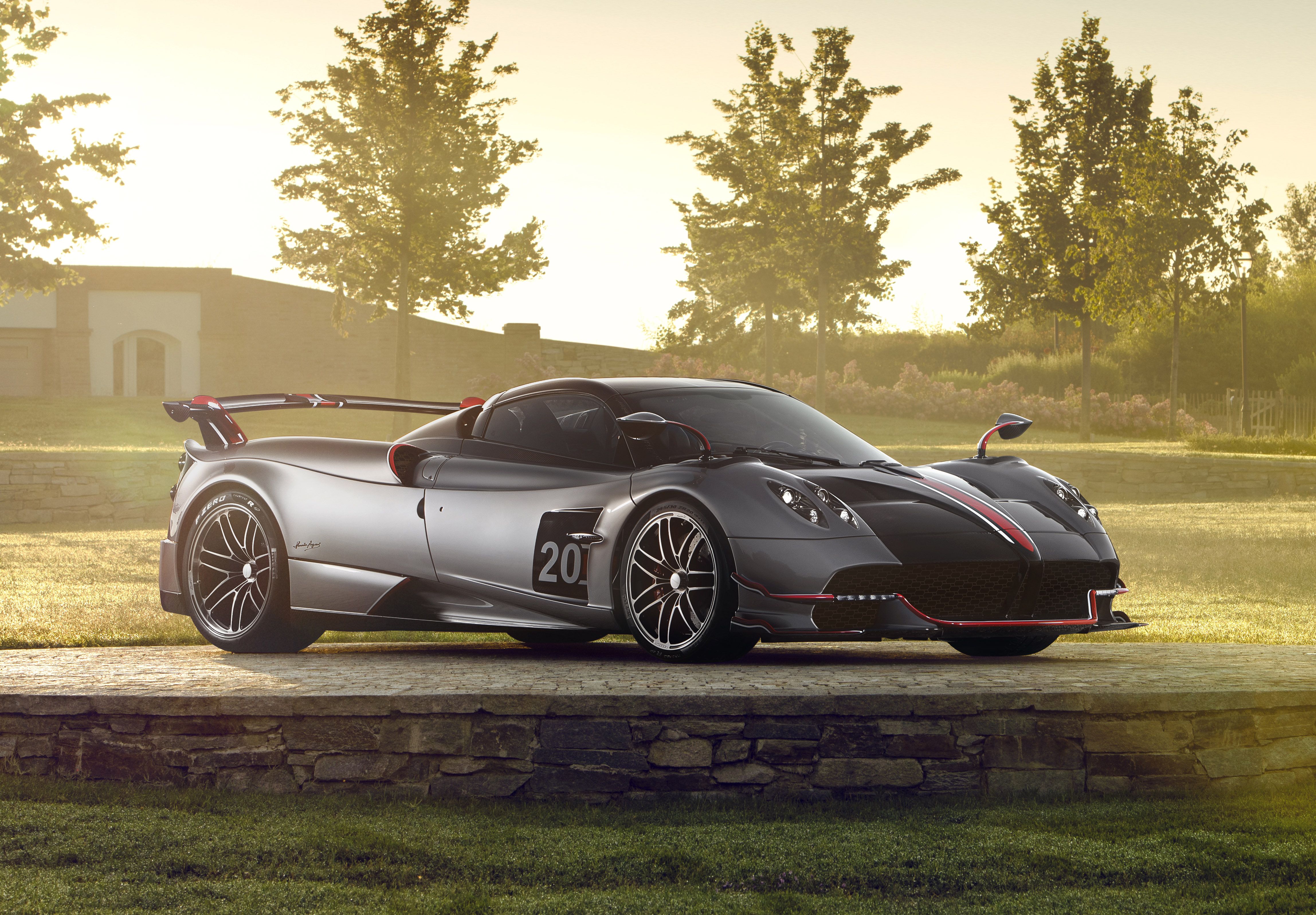 Why the extravagant cost? The Roadster is the drop-top version of the already-rarified Huayra BC. That car took the Huayra’s exotic bones and lightened them, leveraging Pagani’s considerable expertise in composite technology to produce a 2685-lb featherweight. “Well that’s not so light,” you’ll retort. “My NA Miata doesn’t have a roof and it weighs 2100 lbs.” Fair. But remember, the Huayra BC makes 750 hp and 738 lb. ft of torque from its V-12 engine.

Those figures have been stretched further here. The Roadster BC employs a new version of the 60-degree, 36-valve, 5980-cc twin-turbo V-12 built for Pagani by Mercedes-AMG and now referred to, creatively, as the “Pagani V12.” The extra power springs from several upgrades, including new turbocharges, a hydroformed intake manifold, twin throttle bodies, and four water-to-air intercoolers to keep heat in check. 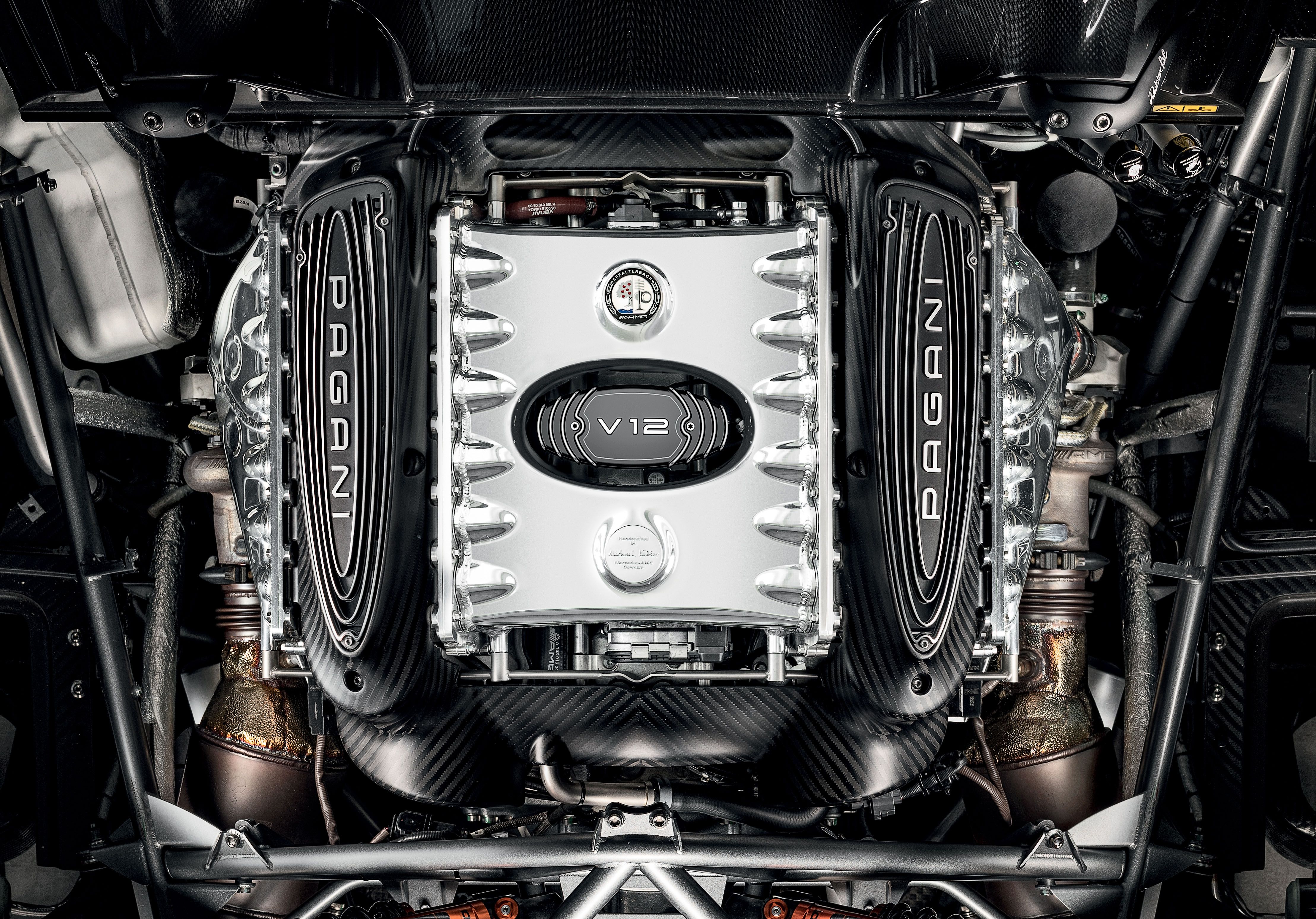 Earlier this month, I had the opportunity to ride right-seat in both a standard Huayra and a pre-production Roadster BC near Pagani’s factory. The most surprising aspect of each drive was how smoothly and linearly the V-12s built and delivered power. The inherent torque developed by two turbos and 6.0 liters of displacement creates a prodigious burst of power from low revs. As speed builds, the turbochargers start singing away, but you don’t feel overwhelmed by the power delivery, even as you’re punching a red-hot, Huayra-sized hole in the Italian air. Despite the impressive numbers, the V-12 delivers its power in a wave-like rhythm, building and growing as the tach reaches for redline but never feeling rough or punchy.

Both the old and new engines feel broad, swollen, indefatigable. The Roadster BC’s mill feels even more so. At Pagani’s test track, I was able to observe the engine at work, but what really caught my attention was the gearbox. Like the Huayra BC, the Roadster BC employs a 7-speed Xtrac sequential gearbox with a single clutch. Pagani claims the single-clutch setup is 35 percent lighter than a dual-clutch transmission. But the payoff is more visceral than that vague figure indicates. 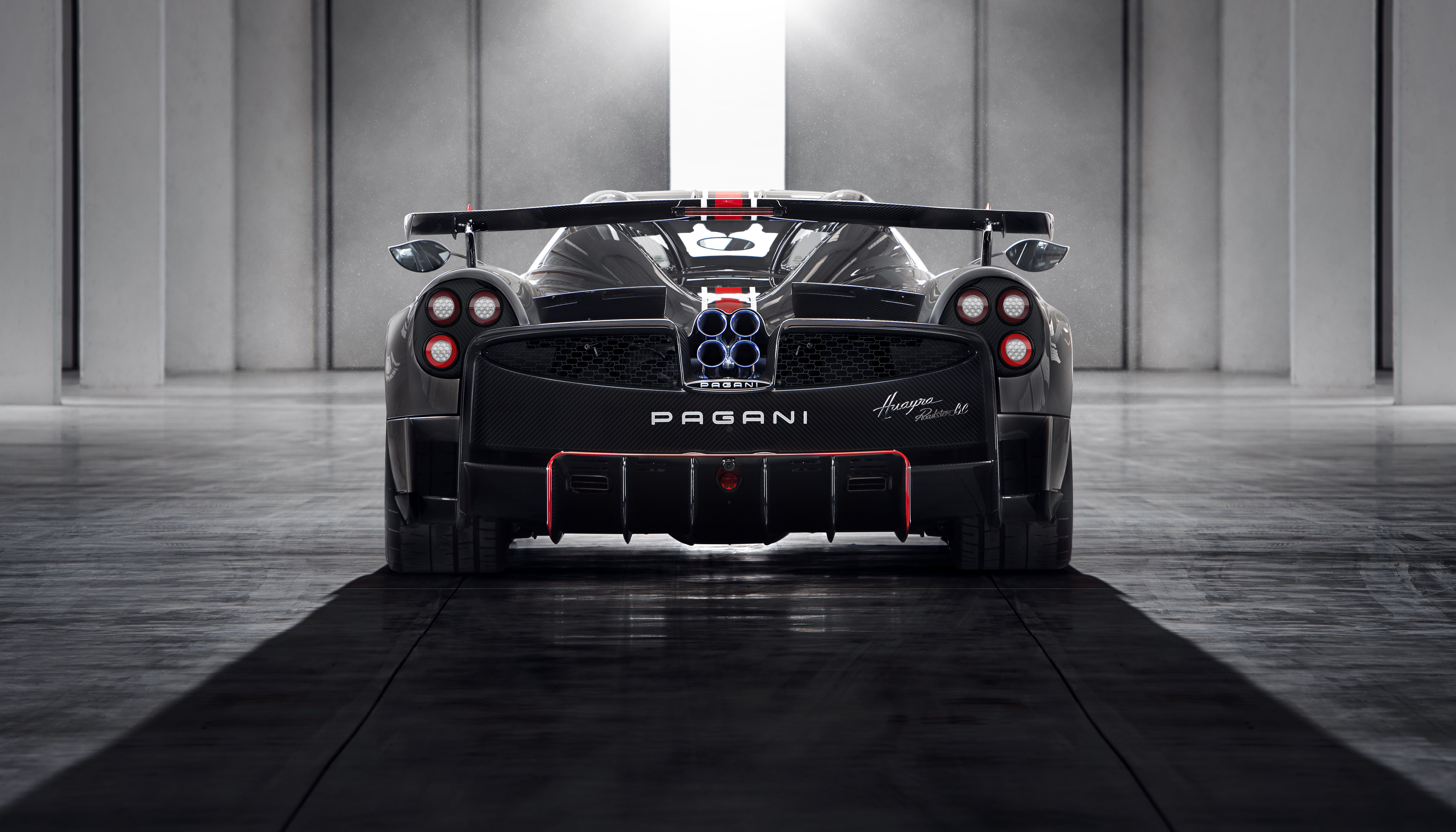 Shifts arrive like cannon fire, burbling the exhaust for a moment, then thudding your back with snap. The shifts are quick, and precise, but you feel each one. Rather than feeling clunky and primitive—like an early BMW SMG—the Pagani’s seven-speed seems like an experiential choice: an extra lump of drama from a company that trades in glamour and spectacle.

The Roadster BC also dons new tires, Pirelli PZero Trofeo Rs cooked up just for Pagani. I got no impression of how they worked, other than that they reined in the Roadster BC’s power well enough on a 100-degree day near Modena, but felt more than a little greasy while doing it. More importantly, Horacio Pagani described conversations with Pirelli entirely focused on how the tires feel for the driver, not how much grip they generate. That’s an important distinction, and not a conversation that most manufacturers or tire suppliers would publicize. 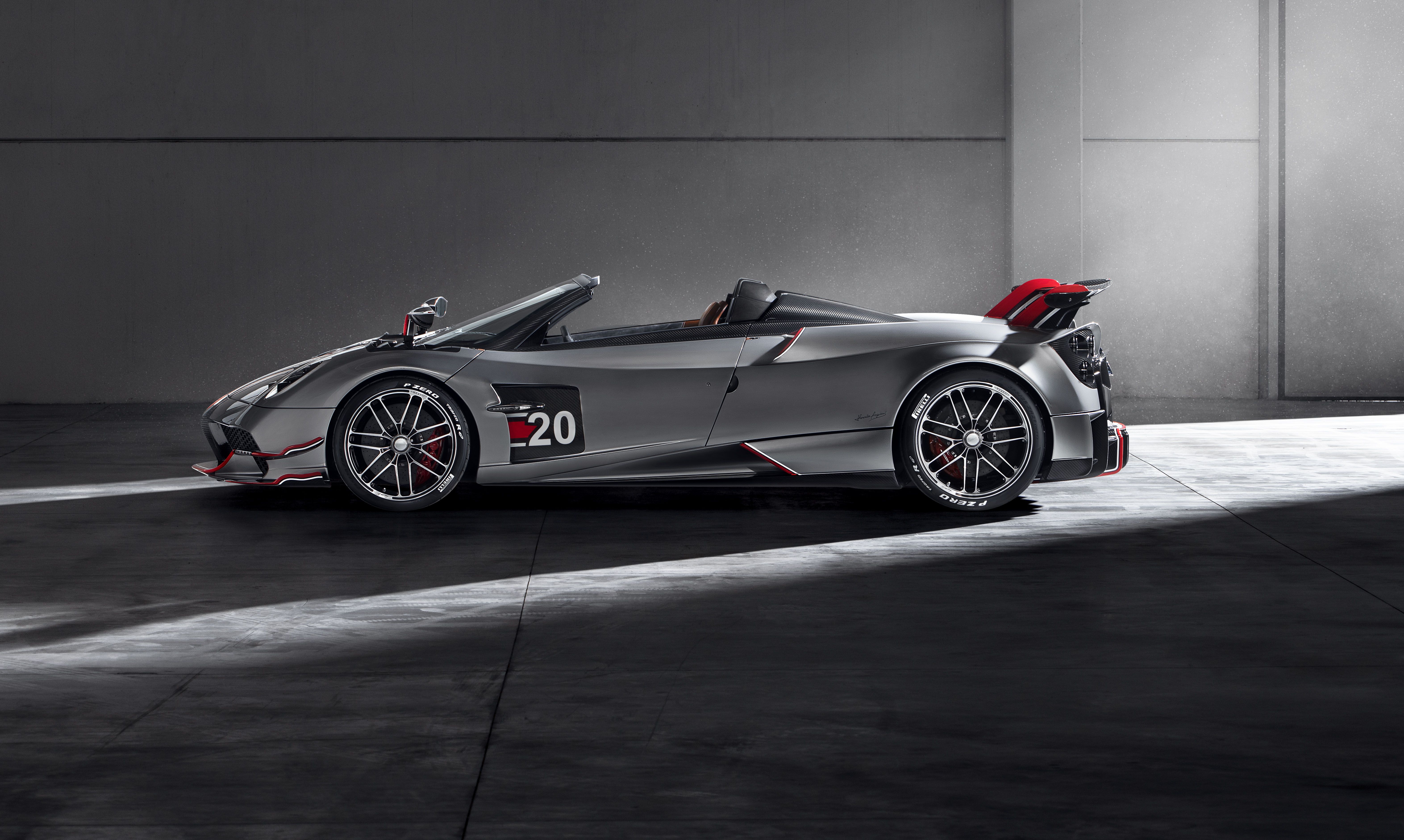 Not that the tires don’t grip. Quite the opposite. Pagani claims the Roadster BC will generate up to 1.9 g of lateral grip during steady cornering, peaking at 2.2 g. If that’s true, it’d set the Roadster BC’s credentials in line with the car’s contemporaries. We tested a McLaren Senna recently, and it pulled 1.907 lateral g while diving into Turn 4 at Pittsburgh’s PittRace complex.

Of course, being a Huayra, the Roadster BC is equipped with the same active aero system present on the base car. There are flaps in the car’s hood that pitch quickly as the Roadster BC noses into a turn, flapping wildly the faster you wind out the car. Those too are another thrilling piece of drama, if almost slapstick when the car is edging past its limits.

That type of theater deserves to be celebrated. Like every Pagani, this car is seemingly hewn from a block of carbon fiber, then mixed with sci-fi weirdness. The interior is whimsical and ridiculous, harboring swaths of buttery-soft leather alongside intricately-milled bits of aluminum. As tightening regulations homogenize more and more of our automotive landscape, we’re thrilled this little company from Italy keeps pushing the boundaries of performance. And of bonkers. We salute the Huayra Roadster BC, even if we can’t afford one.