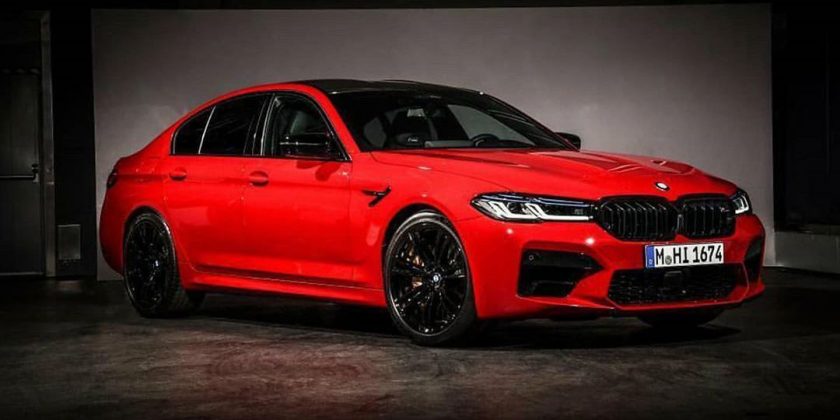 A picture of what looks to be the yet-t0-be-revealed 2021 BMW M5 has made its way online, giving us our best look yet at what the Bavarian automaker has in store for its refreshed flagship performance sedan.

While updated specs on the new M5 have yet to be revealed by BMW, we don’t expect them to change much. Expect to see the same 4.4-liter twin-turbo V-8 under the hood, making up to 617 horsepower in Competition trim, sending power to all four-wheels via an eight-speed automatic and a trick xDrive system, with the ability to switch to rear-drive only. Rumors have suggested BMW could be preparing a track-ready M5 CS for its most hardcore customers, though there’s been no official word yet.

According to BMW Blog, BMW plans to reveal the refreshed M5 sometime tomorrow, so it’s possible we won’t have to wait long to see more angles and learn about the updates under the skin.