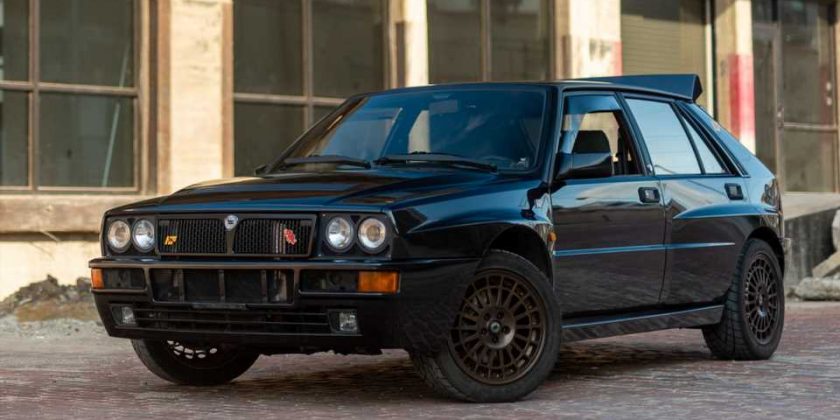 In most forms of motorsport, there are fun, opinionated arguments to be had over the cars and drivers that dominated tracks throughout history. Jeff Gordon and Dale Earnhardt. Ford versus Ferrari. Niki Lauda and James Hunt. Red Bull versus Mercedes. We pick a side and we stick to it because there’s a case to be made for any viewpoint, but we want to have someone to root for—the human psyche loves to pick a team and support them to the bitter end.

However, there is one discipline where fangirl bickering must yield to the cold truth of statistics, and it is the World Rally Championship. For Lancia is indisputably the best manufacturer of rally cars ever to exist, and this, the 1992 Lancia Delta HF Integrale Evoluzione, is its magnum opus. 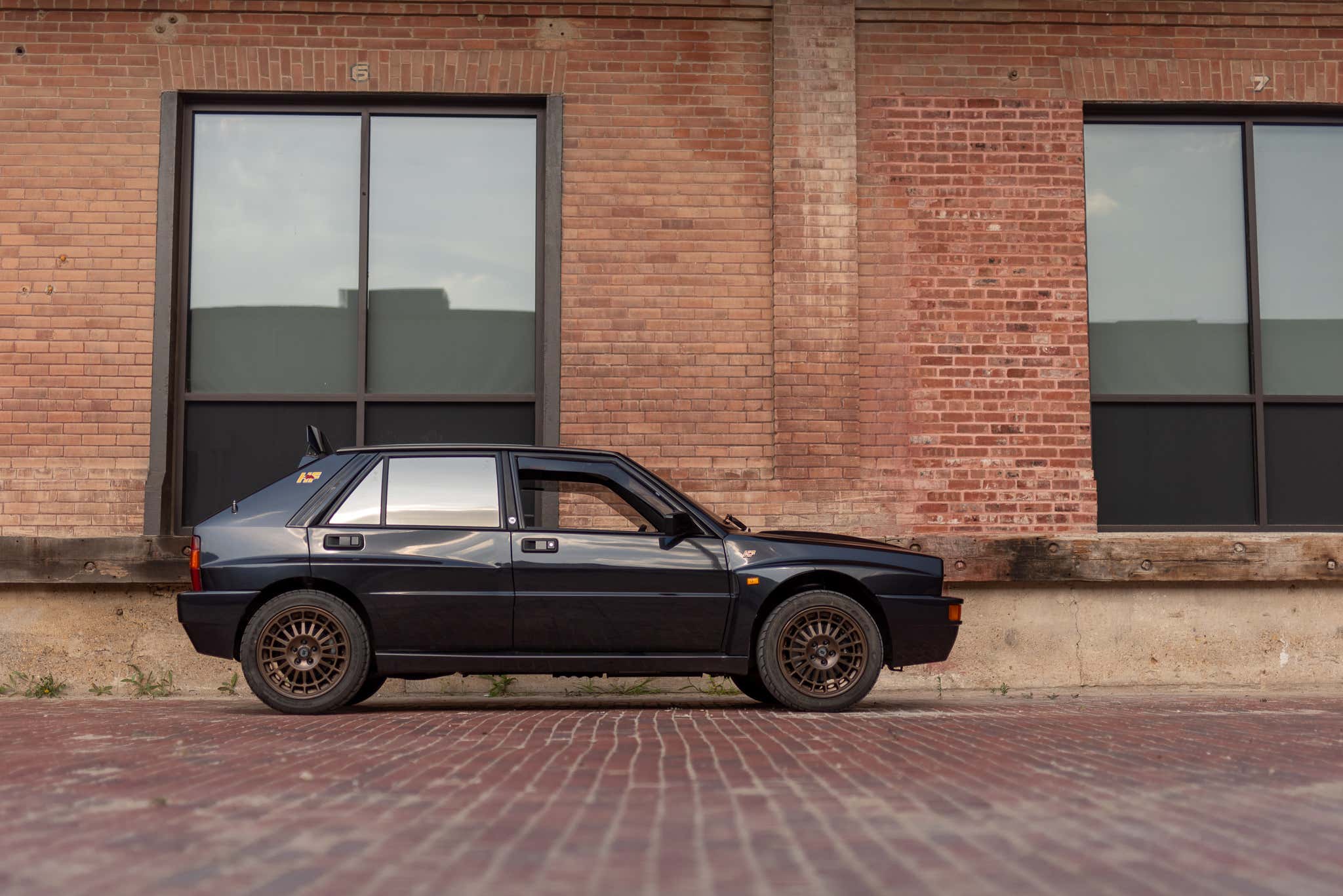 A Brief History of Rally and Lancia

From the inception of the World Rally Championship as a series in 1973 to its withdrawal from the series at the end of the 1992 season, Lancia won a staggering 10 constructor titles—and five individual driver titles—with nearly every car it ever prepared for the dirt. Even after the almost 30 years that have passed without Lancia fielding a single rally entry, it still holds the most constructor titles of any company to ever campaign a WRC car.

The purpose-built, absolutely absurd Stratos picked up its first three manufacturer awards in 1974, ‘75, and ‘76. When FIA changed to the legendary but short-lived Group B rulebook, Lancia won a fourth title in ‘83 in the 037 Stradale—the last rear-wheel-drive car to claim a WRC title. After that came the Delta. 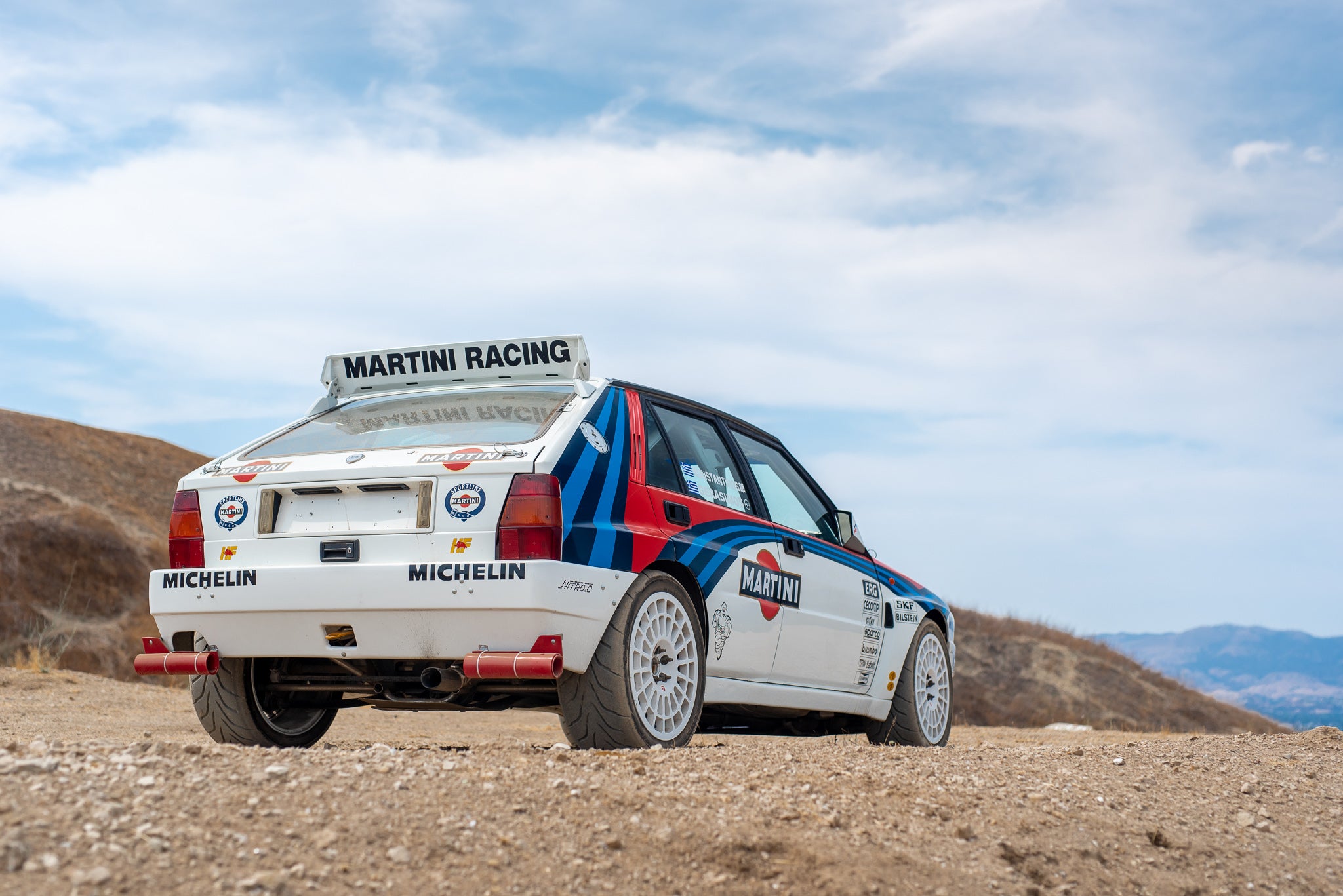 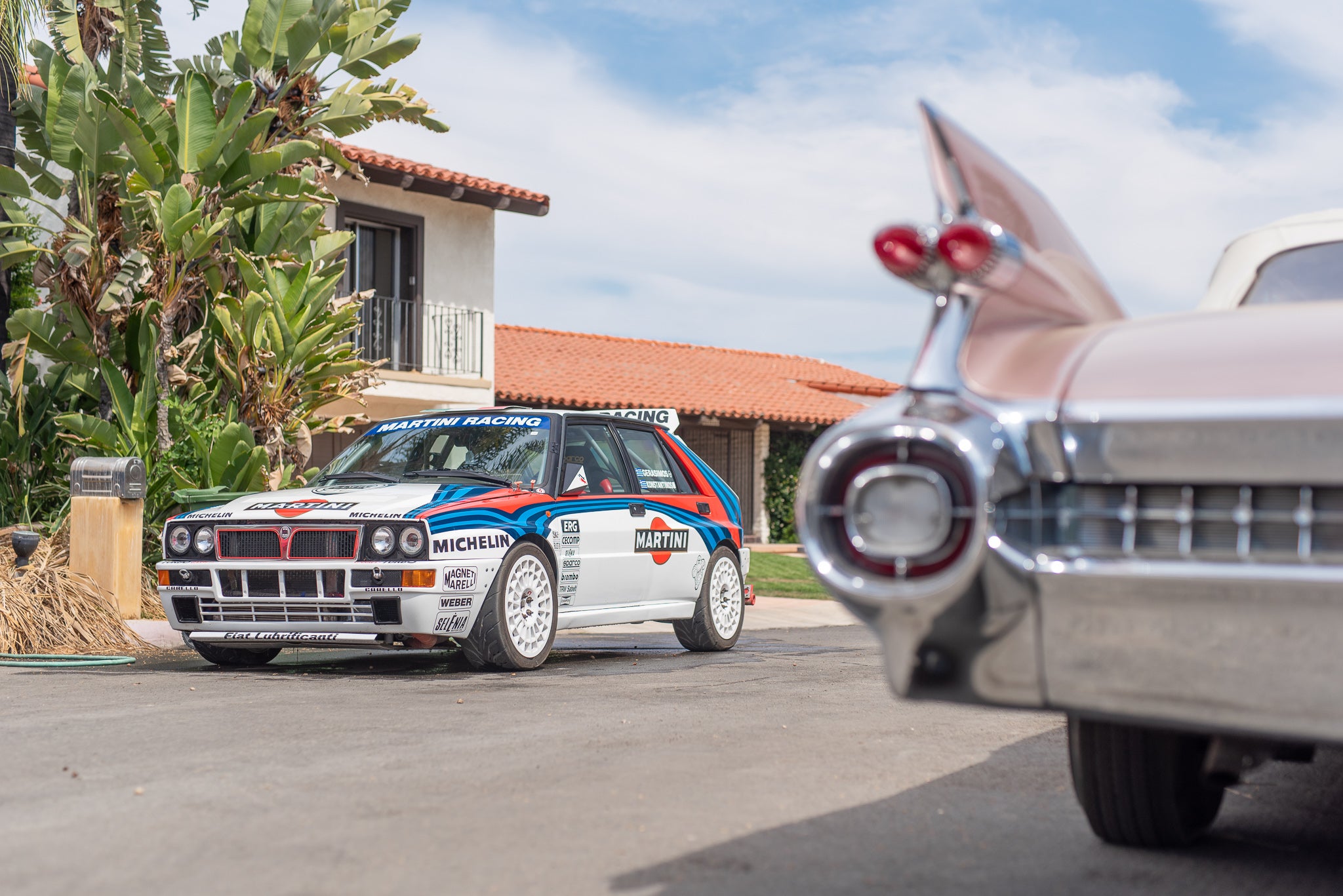 The Lancia Delta started life in 1979 as a four-door, front-drive economy hatch. With the demise of Group B midway through the 1986 season, however, Lancia homologated the Delta HF 4WD—gave it four-wheel drive, a Lampredi turbocharged 2.0-liter engine, a number, and a livery—and sent it on to compete in Group A, where it won the 1987 season. The car underwent further developments in 1988 to become the Delta HF Integrale.

The Group A rules would stick around for another five years until the inception of the FIA World Rally Car ruleset, so the Lancia crew was well-positioned to win another five titles from 1988 to 1992 with a highly skilled set of drivers, an incredible mechanical team behind the scenes, and of course, one of the best rally cars ever built.

But Fiat—Lancia’s parent company—decided to pull the plug on the rally team at the end of the 1992 season, reallocating those expert mechanics and constructors from the Lancia team to Lancia’s sister company, Alfa Romeo. Alfa Romeo was struggling in motorsports at the beginning of the ’90s, and after six straight years of victories in the Delta, Fiat felt that Lancia had no more left to prove, and ultimately there was more good to be done in helping Alfa become competitive again.

The strategy worked for Alfa Romeo. Shortly after the cessation of Lancia’s rally activities, the Alfa Romeo 155 16V Ti was born and it rapidly accumulated trophies across the entirety of Europe, winning Italian, German, British, and Spanish touring car series championships within two years of its inception; it was the Lancia dominance of the track repeated anew with another company.

But Lancia itself would never reach the heights of its WRC success again. Twenty-nine years after notching its final WRC constructor title, Lancia is now a vestigial appendage of the Stellantis group, like a corporate appendix evolution has held onto for historical reasons long since forgotten. The rebodied-Fiat-compact Ypsilon is the only Lancia model available for purchase in Italy today, and it is largely forgotten even there. 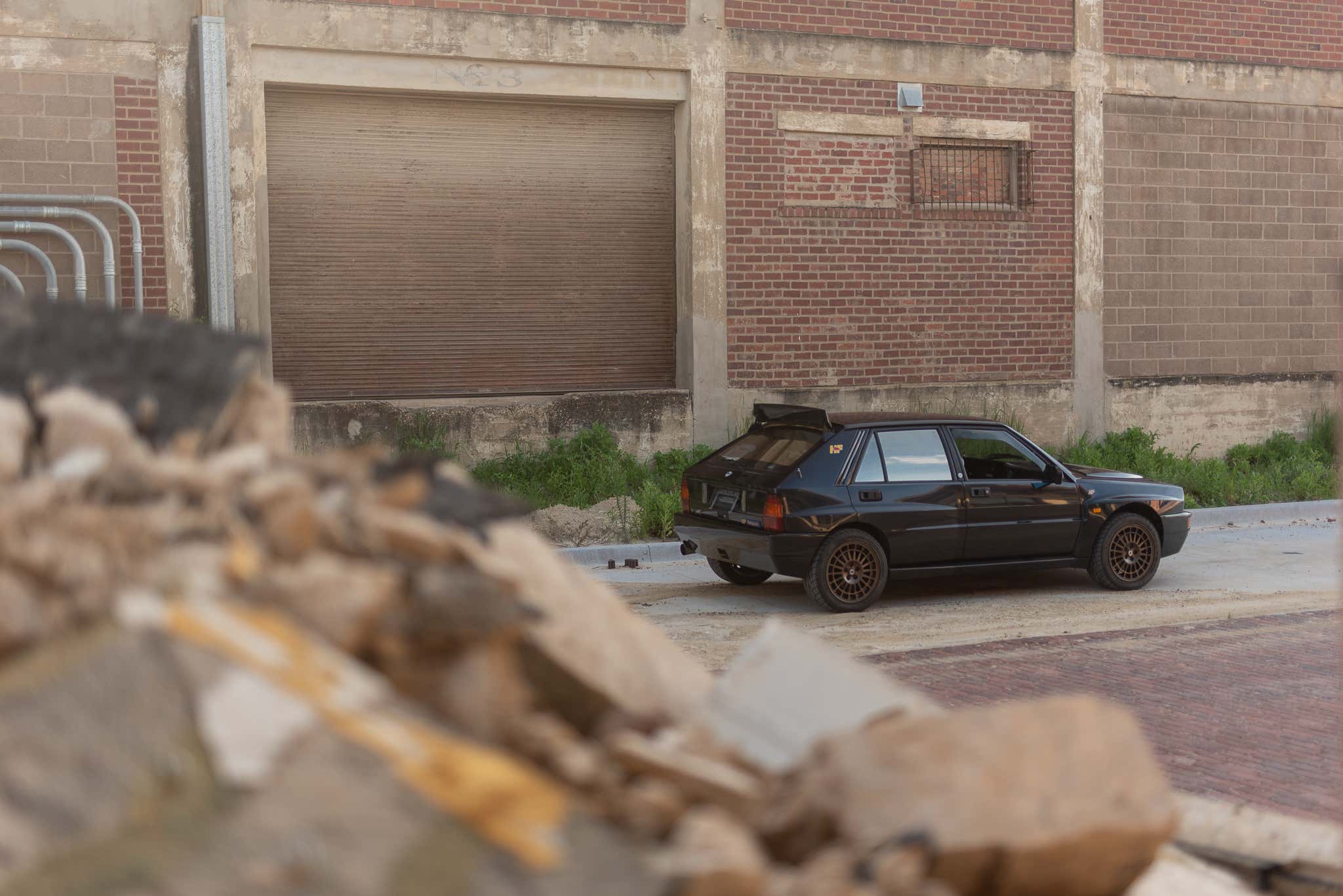 And so with the benefit of hindsight, I do not need to soften my praise or dull my enthusiasm for this car. This is the high-water mark of the most storied manufacturer in all of rally racing. Lancia had a peak and the HF Integrale Evo was it. It sets high expectations to frame the car in such stark terms, but if this isn’t worthy of idolization on a bedroom wall poster, nothing is.

This specific model has even more going for it than normal. On paper, it is an HF Evoluzione I—the first of the Evoluzione editions sold to the public and the final Delta to ever win a WRC manufacturer title for Lancia. In 1991, when Lancia ended manufacturer support for rallying, the Evoluzione was its final love letter to the motorsport—the summation of years of victories and fine-tuning all distilled into one last masterpiece.

This specific car has been modified with higher boost pressure, Delta Evo Final Edition shift linkage (for more direct feel), and springs (for better ride quality). The modifications are not extensive, but they turn the car into the best possible variation of the Lancia Delta ever conceived, with the rally pedigree—and free-flowing exhaust—of the Evo I combined with the driving improvements of the later Evoluziones. 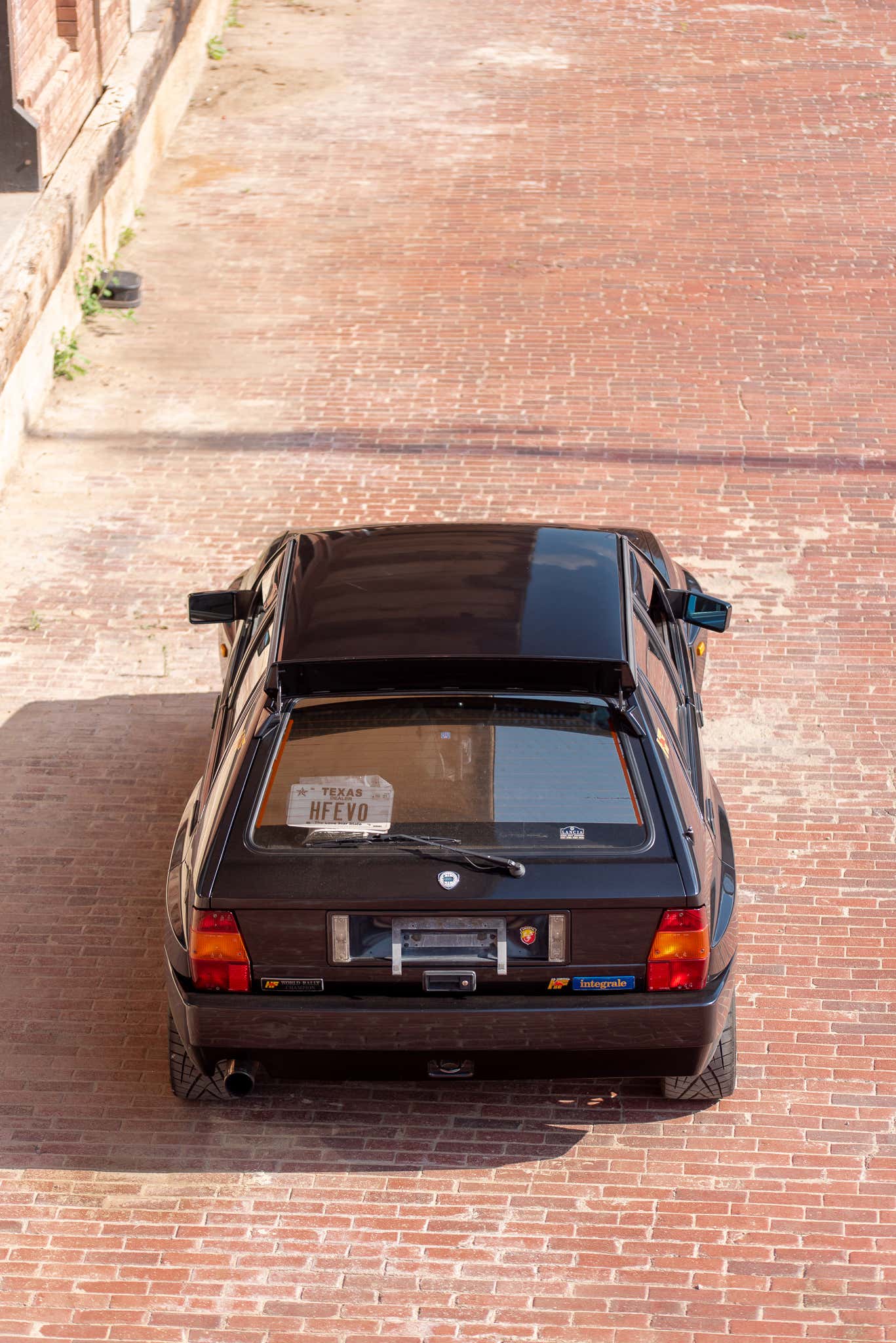 So if there is a street-legal Delta on this Earth that could live up to the gargantuan reputation the brand has built, this is it. And to be fair, it looks the part. The Delta HF Evo is usually thought of in Martini or Totip colors, flying through the air on a remote trail crisscrossing Scandinavia in full Technicolor beauty, but seeing one so sinister and monochrome in the alleys of Dallas, Texas, makes it imposing in a way it has earned.

And because the styling was so spartan and utilitarian, it has aged gracefully. The Giugiaro-penned brutalist angles of the minimalist hatchback design define the silhouette, with just enough muscle added from the bulging fender arches to make it look meaner than all other versions of the Delta. 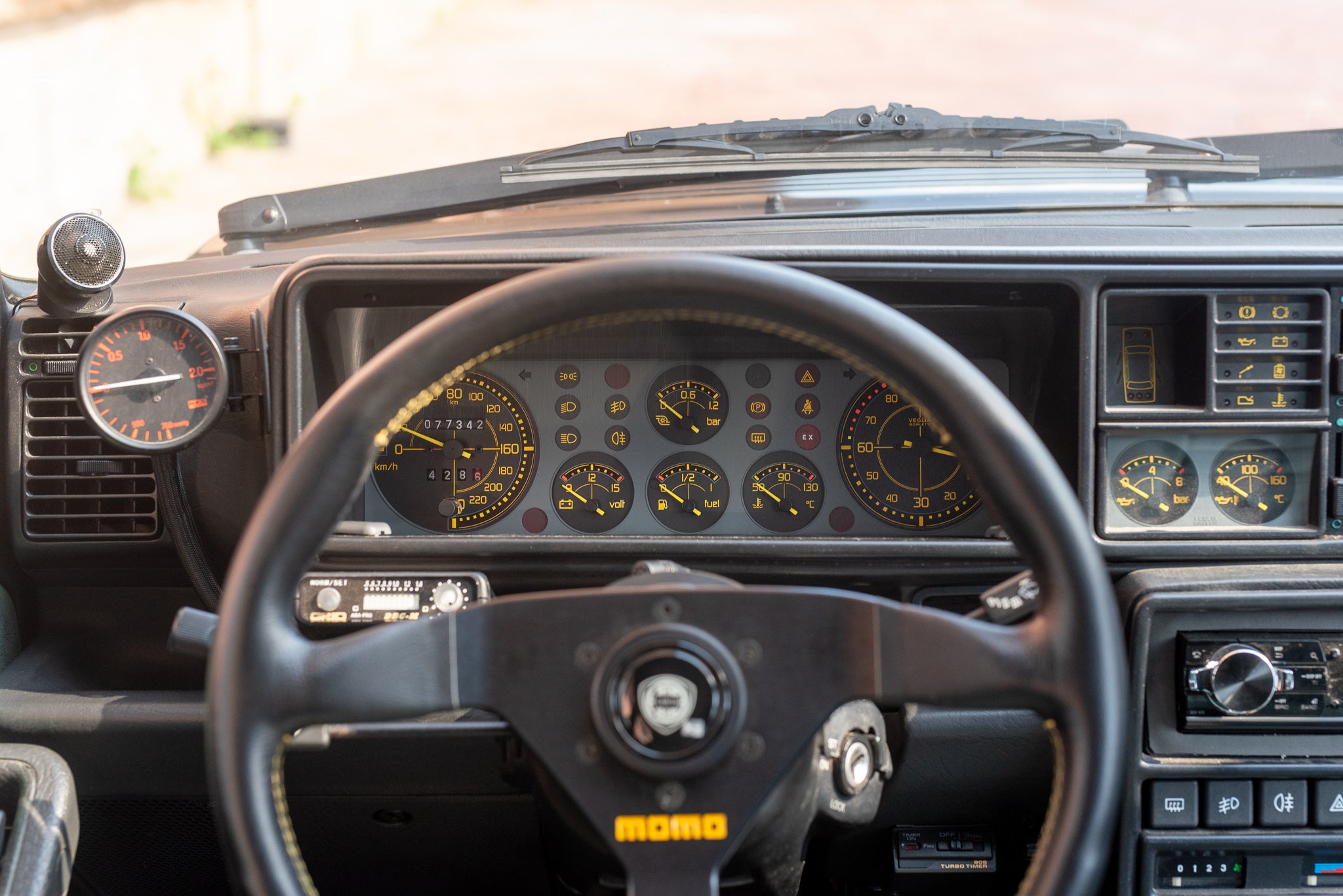 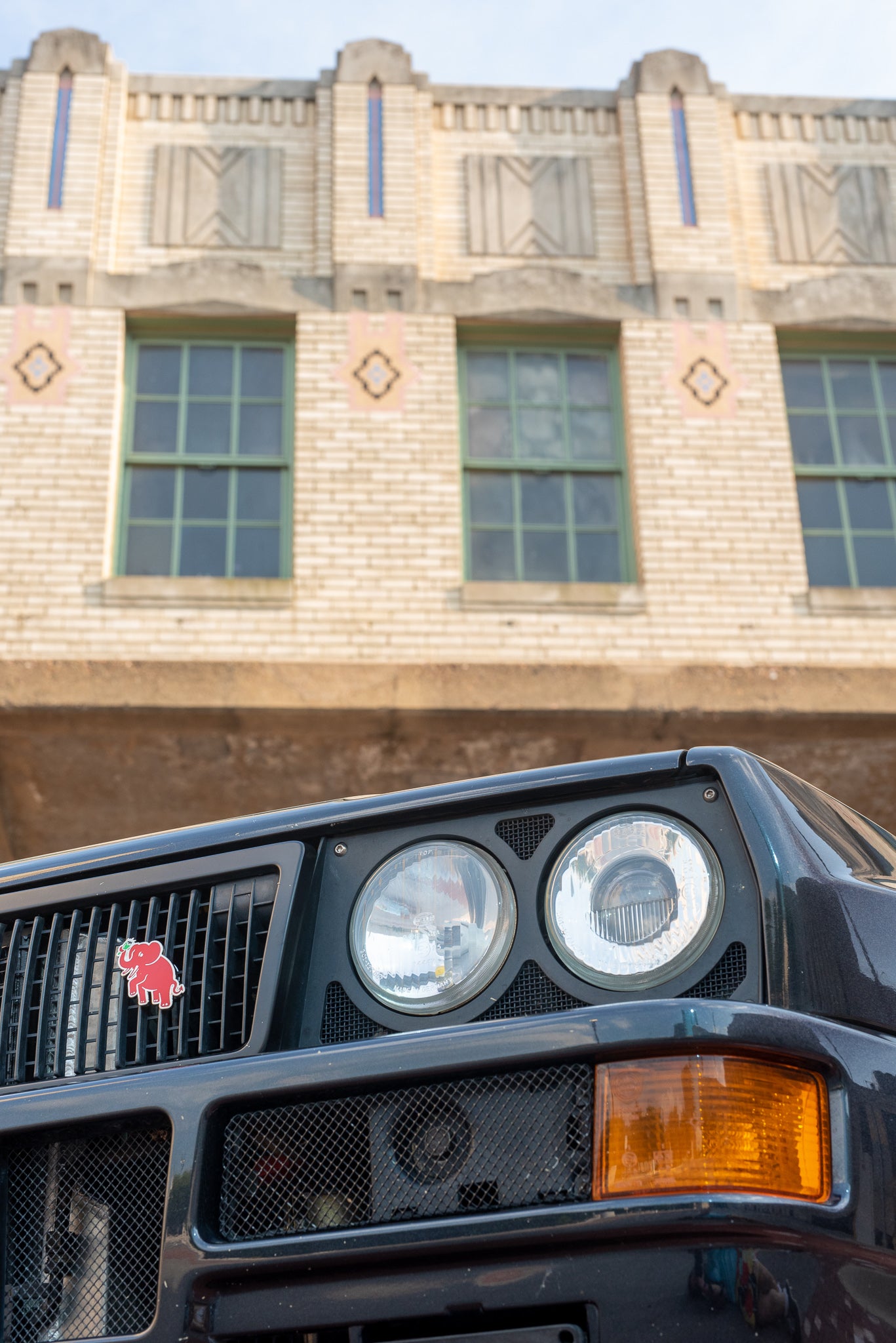 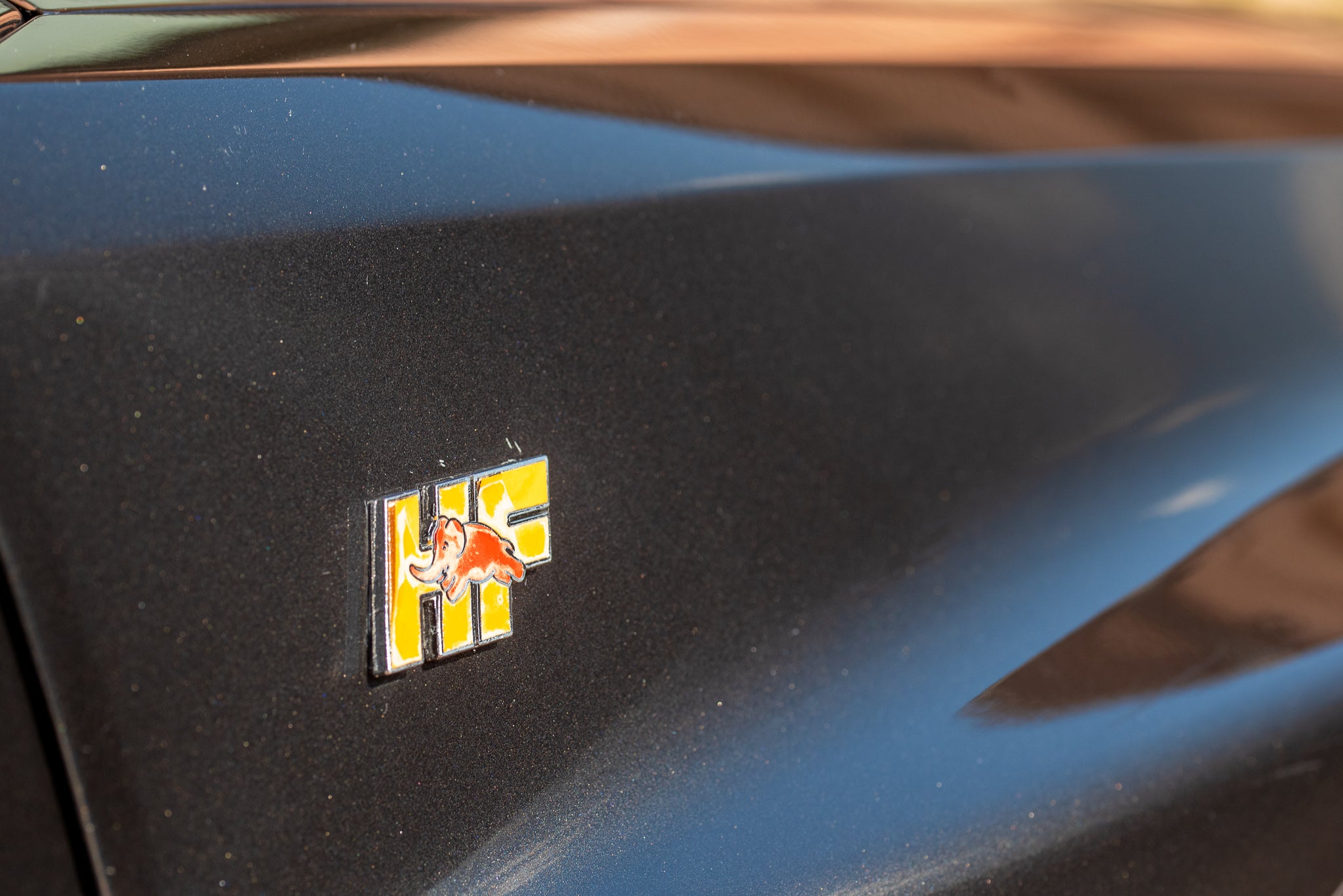 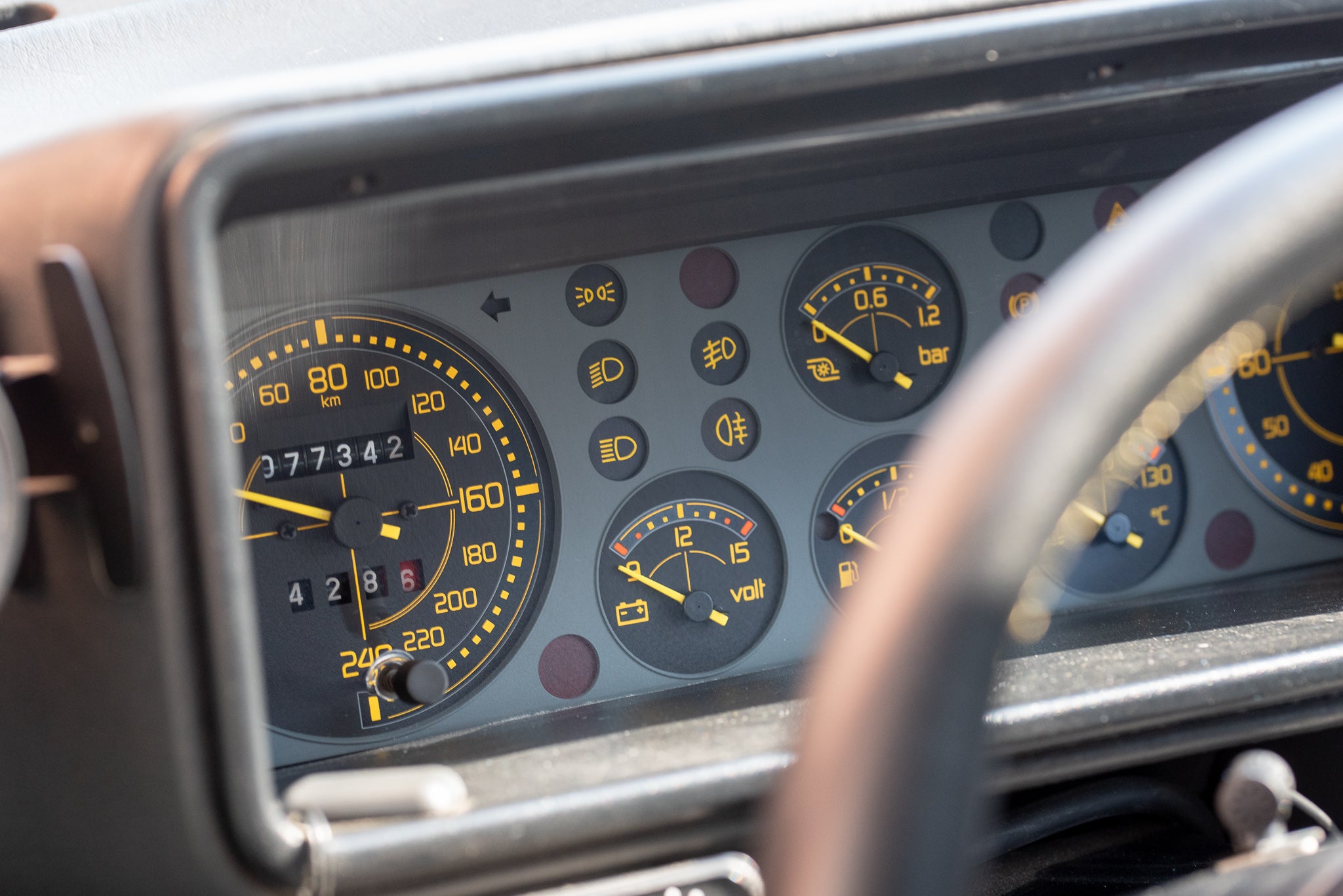 Inside, the cluster is one of the best ever installed to a car. It’s clean, stunning, and the bright yellow font and simple layout are easy to read. Even the seating position is worthy of note—it’s upright without feeling buslike, and the amount of leverage you have over the wheel, the ease of visibility, and the shifter position all feel like a template for ease of use the entire automotive world has strived to replicate. Before I’d even turned the key, I felt ready to romp this car through the most challenging gravel mountain passes I could find.

And when I finally got onto the gas, the car surged forward with confidence. The slightest amount of turbo lag reminded me this is a vintage machine; I love the feeling of ’90s turbos—the tiny wait before the spool makes the payoff that much more satisfying. I floored it, eager with anticipation, and a split second later: Madam, the torque you ordered has arrived.

Despite the all-wheel-drive system and a four-adult capacity, the acceleration is raucously enjoyable because the car is so light. It’s not the neck-snapping power delivery of modern cars, but it felt uncharacteristically quick for a five-door hatch, like I had transplanted the practicality of a Golf into a ’90s Supra or RX-7. The dissonance between its genuine usefulness and pure fun made it that much more enjoyable once the tachometer started climbing. 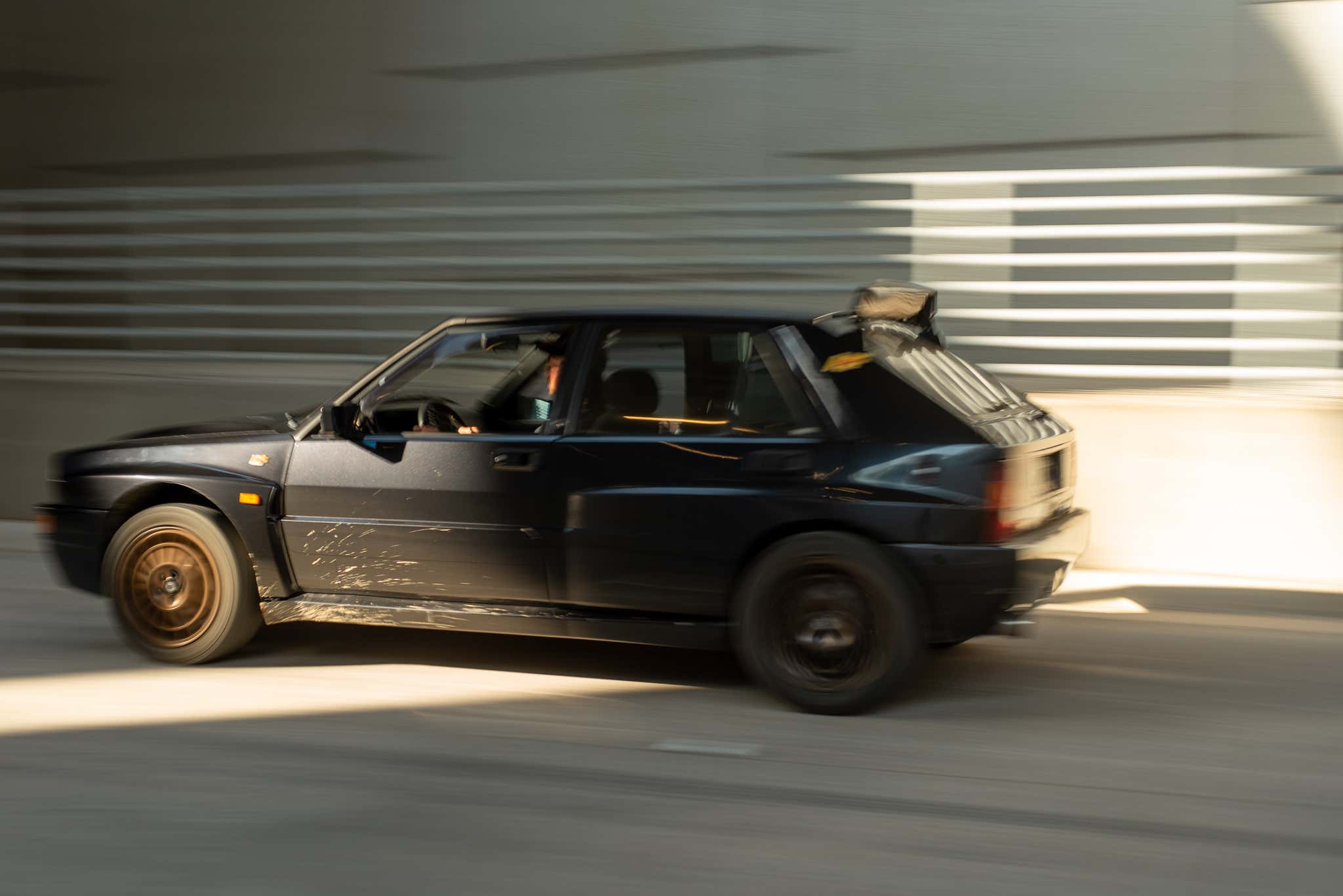 I ripped the car into a corner—this one is set up for street use, with Nittos that have the demeanor of Velcro filling out the corners of the car—and the tight and precise steering put modern cars to shame. The all-wheel-drive system was there in a way that suggested I was driving on rails, allowing turns that pulled G’s that Newton and his laws of physics worked so hard to deem illegal. The rotation through corners felt as though the center of the car, the road, the body roll all hinged on me, the driver. It was impossible to lose confidence because the car itself felt like I was wearing it; it simply shaped to my desires and complied. As I worked through the five-speed manual while I flew through corners, each gear was exactly where I thought it should be, painlessly sliding into place and letting me spin the tach up to redline yet again.

The feel through the wheel was extremely connected and tactile, despite the fact the car didn’t concuss my body every time I’d skim over an errant bump or pothole. Usually, there’s a one-to-one relationship between the number of bruises and sore spots after a test drive and how sharp the chassis is—you exchange the longevity of your body for incredibly clear communication between the pavement and the car.

In the Lancia, it wasn’t overly rough. I stepped out of it feeling like I had driven a soft-sprung, family-friendly hatchback, despite the fact that no hot hatch I’ve ever driven has come close to this level of directness and confidence. Even the overall comfort ranked similarly to much more modern, contemporary hot hatches. How often can a six-time world rally champion claim to have class-comparable NVH? I was absolutely stunned.

And then something unusual happened. I am paid to be talkative, and I am good at it. I can wax poetic about 16-valve engines and all-wheel drive and Torsen rear differentials with the best of them. But as I flung the car through the sweepers and right-handers of Dallas’ downtown, I found myself speechless. I’ve done my best, but I still have no idea how to convey how perfect this car is. Every overused simile and cliche descriptor I’ve ever employed to gush about a car’s perfection is still not enough. To call it an extension of my body would undersell my own clumsiness—it was more cooperative than my limbs are. The Lancia was more well-balanced than the scales of Justice herself; if she drove one of these we’d have a fairer society. 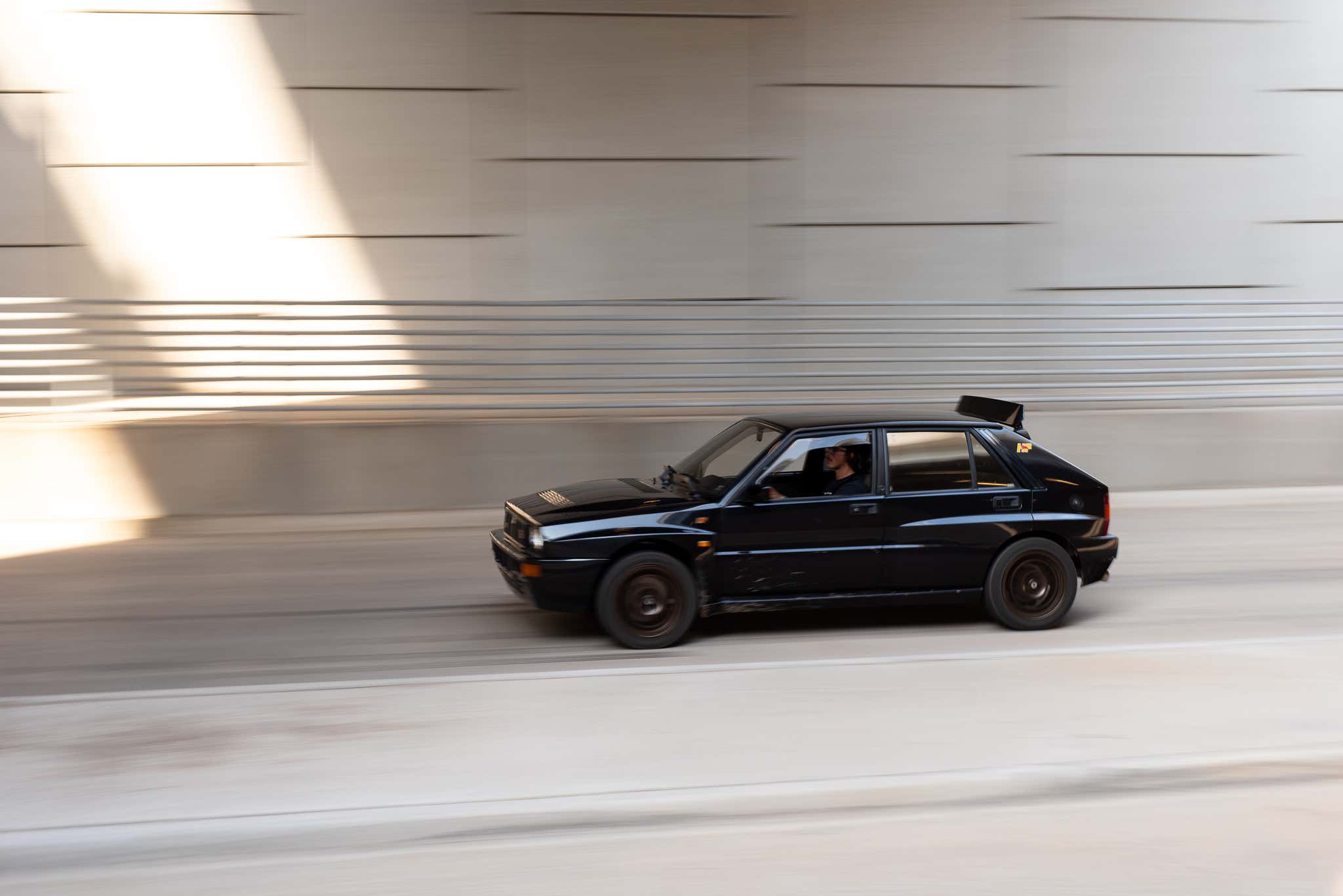 Quite simply, I had found my new favorite car: This one. It was the best car I’d ever driven.

In the rare moments when a machine truly speaks to a person, we understand concepts deeper than words can express. The gorgeous lines of a Miura can never be described in a way that does them justice. The incredible might of a Union Pacific Big Boy chugging past will never be captured on video in a way that expresses the awe of seeing it steam by in real life. And there are no video game simulators, grainy film rally footage, or stories I can tell convey just how incredible the HF Evo is.

There was a connection deeper than me driving it as an unbiased reviewer. It went beyond the stat sheet or the tire treadwear ratings or the benefits of a Torsen diff. It became seamless, beyond the realm of conscious thought, and it made me confident. The Delta acknowledged that I am not Markku Alén, but it told me I could drive like him. 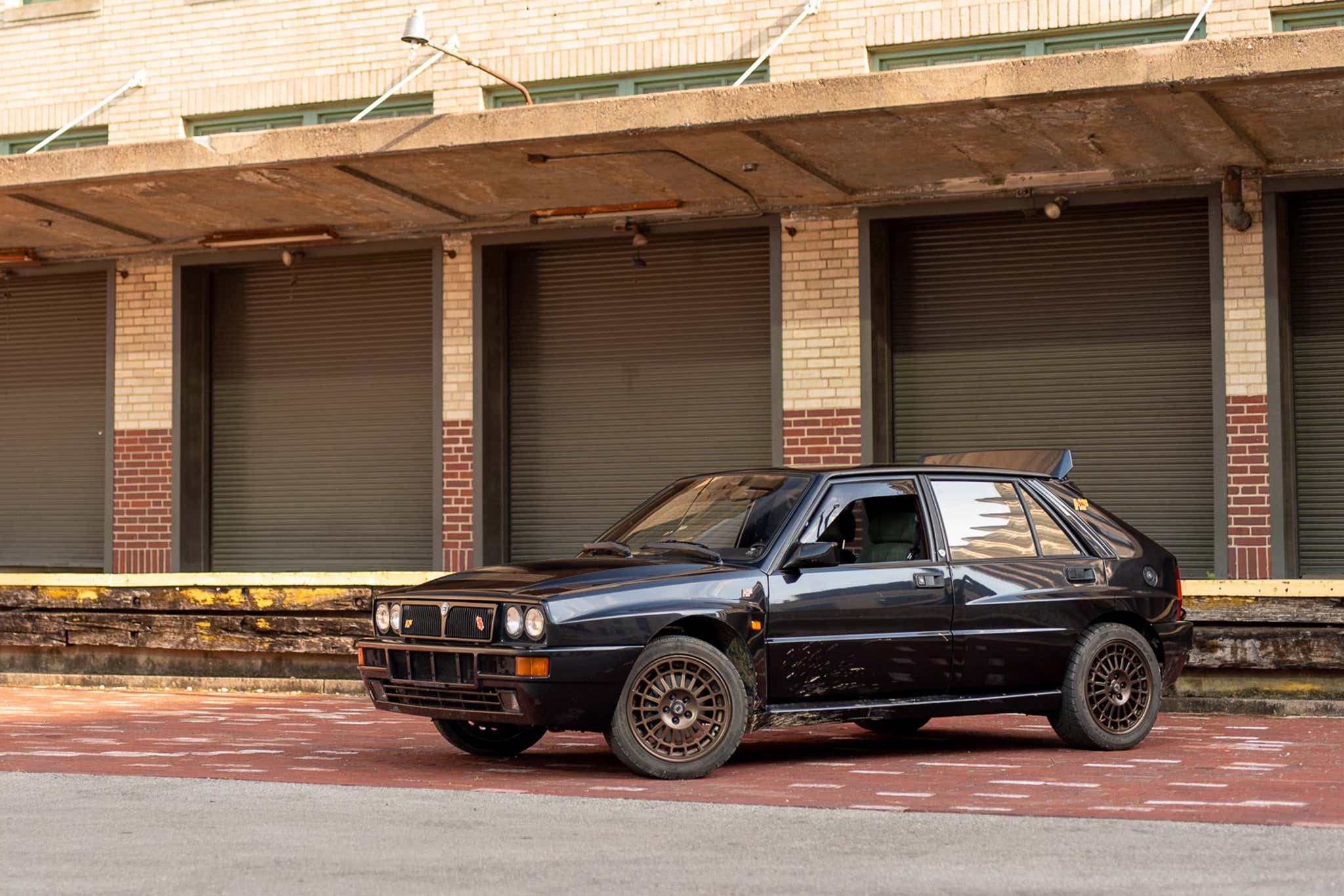 Alén can definitely still wipe the floor with me at a track day, of course. But to feel, even if just for a moment, that the complete sum of knowledge and skill of one of the most storied marques in racing history is in your control is intoxicating and so incredibly fun in the way that only a truly inspired machine can feel.

Lancia today is a ghost of its former self. The badge-engineered Ypsilon struggles on as the sole descendant of the storied company and it does a disservice to legendarily impressive history. It is a pity to see the wasted potential of such a storied marque. But at the very least, Lancia’s crowning achievement still lives on as a monument to its brightest era. And with every passing year that its achievements remain unsurpassed, the Delta HF Integrale Evo only becomes more impressive.

Got a tip or another older car you want to see us review? Send a note to [email protected]