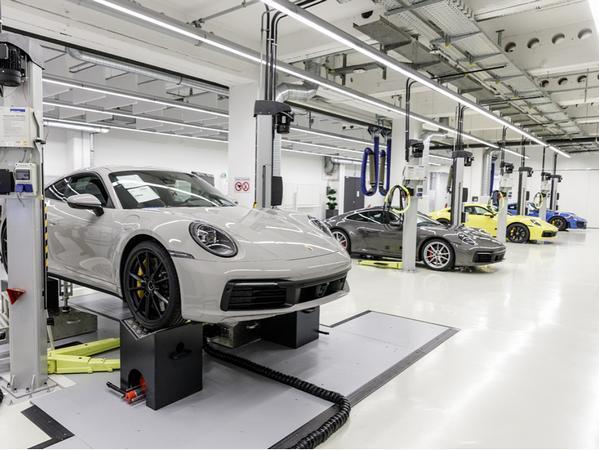 Remember how days used to drag at school? The frustration of sitting in a dusty classroom while people had considerably more fun outside? It’s been a while for me, but halfway through the second day of Porsche’s technical backgrounder on the forthcoming 992, all of the sensations are coming back. Trapped in an office listening to details of the revised PCM interface being translated from technical German, while the sound of sliding tyres and revving engines wafts over from the Hockenheim circuit that I’m sitting next to.

Don’t feel too sorry – I did get to experience some of the tyre squeals later, and even make a few of my own from the passenger seat. But Porsche’s pride in

the newness of the 992 was demonstrated by telling us pretty much everything about it, twice. German engineers are nothing if not thorough, and I can report that the body contains 813 spot welds, 188 metres of adhesive bonding and nearly 2km of wiring. 32 per cent of the body is made from pressed aluminium, there’s now a “wet mode” that warns drivers when they need to select it, and it is five seconds faster around a lap of the Nurburgring Nordschleife than the 991.2 was. You’re welcome. 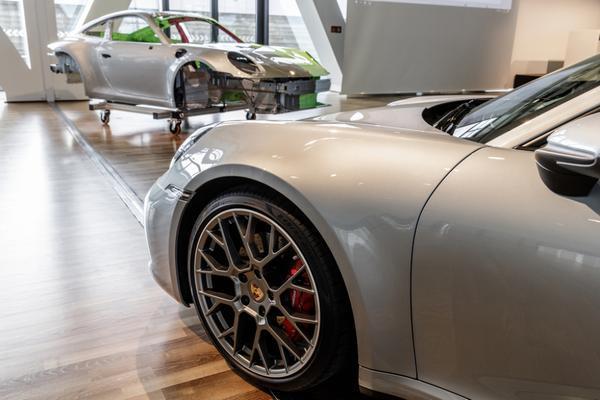 The big revelation from the information overload was that not a huge amount has changed. The 911 has always evolved at a gentle pace, and the similarities between 992 and 991 are the most striking, beyond the whole engine in the back thing. It sits on an entirely new platform packed with clever materials, but dimensionally they are barely separated by the width of a fag packet: overall length has gone up by 20mm and the 2,450mm wheelbase is identical.

Of course, Porsche has always taken a Trigger’s broom approach to engine and chassis development, tending to replacing each in turn, so there’s a marked absence of surprise that the 992 will launch with a tweaked version of the 3.0-litre flat-six that arrived in the 991.2. This has a fractionally higher compression ratio to boost economy and gains a particulate filter, but otherwise the only headlines are new turbos and freer-flowing pipework. Power for the Carrera S has increased by 30hp to 444hp and torque has gone up from 369lb ft to 391lb ft, although the peak doesn’t arrive until 2,300rpm. (We don’t have any numbers for the non-S yet.)

There are more changes to the transmission, at least for those buyers who pick the PDK with the arrival of a new eight-speed twin-clutcher. This has allowed gearing to be reduced slightly, although the motor’s 7,500rpm redline in second still corresponds to nearly 100mph on the graph we were shown, but the extra gear will also help with cruising speed economy. At a nice, relaxing 3,000rpm in eighth, the Carrera S will be travelling at 125mph. 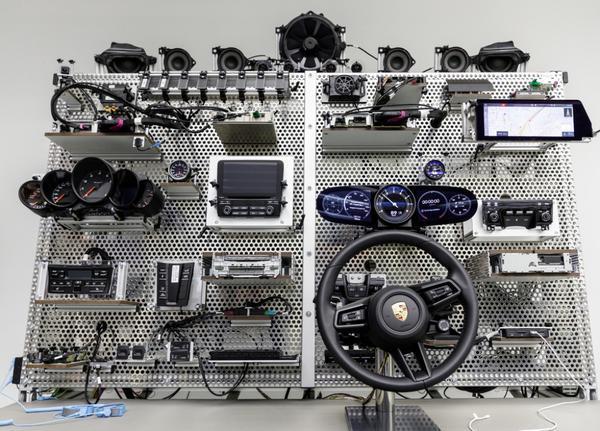 The gearbox will also take guidance from the navigation system when working as an automatic, so not upshifting just before you come to a hill or corner, and even downshifting if the front radar reports you are closing on another vehicle at speed and reckons you might want to pass it.

The gearbox has also been designed for what Porsche’s engineers coyly refer to as “hybridization possibilities”, with a tighter-fitting gearset leaving room to add a motor. While journos have already been told there will be a mild hybrid version of the 992 to help it meet forthcoming emissions standards, it also seems likely that there will be a brawnier part-electric version as well, with the range-topping Turbo a strong candidate for added assistance. There was no hint at where the necessary battery pack would go given how tightly packaged the front of the 911 already is. Oh, and there will still be the option of a seven-speed manual gearbox.

Dynamically, we’re told the brief was to improve everyday practicality while maintaining necessary levels of what Germans love to refer to as “schportiness.” The structure is stiffer – thanks in large part to the use of aluminium side pressings saving enough weight to allow strengthening elsewhere – and we’re promised greater changes between the different dynamic modes. In addition to Normal/ Sport and Sport Plus there’s also a more configurable Individual as well as a new Wet mode which decreases the intervention threshold of stability control and ABS.

Other tech includes smart LED lights, various active safety features and lane keeping assistance to help those who probably shouldn’t be driving something as potent as a 911 in the first place.

Okay, so that’s a heavily condensed version of the two-day tech briefing, but the event also gave the chance to get touchy-feely with the car itself. From the outside I couldn’t find a bad angle: it’s a stunner, even as it took me a while to get used to the solid rear light ‘beam’ and the bumpy new high-level brake lights.

But I have to report being less sure about the cabin, the most obvious changes to which somebody coming straight from a 991 would likely notice straight away. There’s a new part-digital instrument pack, with two screens flanking an analogue rev counter. Sadly this doesn’t use Porsche’s established tacho font, but the digi screens are also oddly shaped and partially hidden behind the 360mm diameter steering wheel. From my natural seating position I couldn’t see the outer edge of either of them. 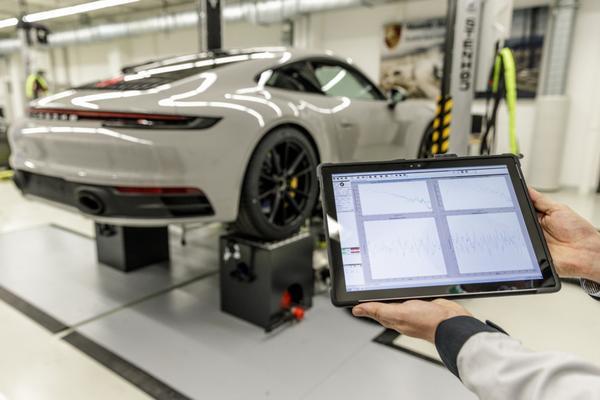 The centre console has been completely changed as well, losing the black “button island” feel of the 991 for a split of functions between conventional buttons and the 10.9-inch touchscreen that sits in the centre of the dashboard. The split of functions seems to have followed a non-linear logic, some dynamic controls are touchscreen only while the adaptive dampers and stability control are now bossed by a panel of rocker switches; Sport Chrono still brings a rotary drive mode selector on the steering wheel and that strange little clock. The new gear shifter also feels small and insubstantial: approximately the shape (and weight) of a modern BMW key.

I’m sure you’d get used to what does what quickly enough and – big bonus points – the central air vents don’t need to have their direction changed through the screen as on the Cayenne and Panamera. One other odd detail: there’s a track skip forward button on the steering wheel, but no skip back, which could take a while if you’re navigating a long playlist. While nothing stands out as an egregious gimmick I do struggle to believe a 911 needs active door handles that motor out when the car is unlocked; surely that’s the sort of thing that’s best left to blingy SUVs, isn’t it?

The least surprising news of all? That will be the increase in cost, and the sobering realisation that even a near-boggo 911 is getting very close to six figures. The PDK Carrera S starting at £93,110 before a single option box gets ticked and the 4S adding £5,308 to that. You can debate whether that represents good value, but I suspect that – when we do get to drive it – we’ll find that very little else gets close to it for the price. 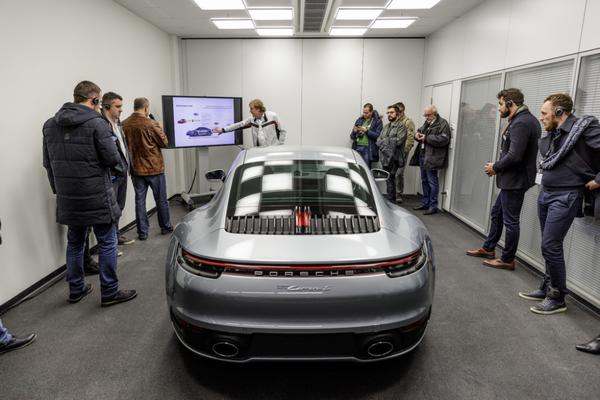