We’re big fans of the Mazda3, but since it was last redesigned for the 2014 model year, it’s getting a little old. The good news is there’s a new Mazda3 coming, and we’ll see it at the Los Angeles auto show later this month. Weirdly, even though we’ve seen official teasers, we haven’t seen a production-bodied prototype in the wild. Until now.

Our spy photographer caught this Mazda3 hatchback prototype out testing alongside a Volkswagen Golf and Audi A3, in addition to a current Mazda3 sedan. As you can see, it looks a lot like the current car, but we can see a bit of the rounded rear end previewed by last year’s Kai concept. 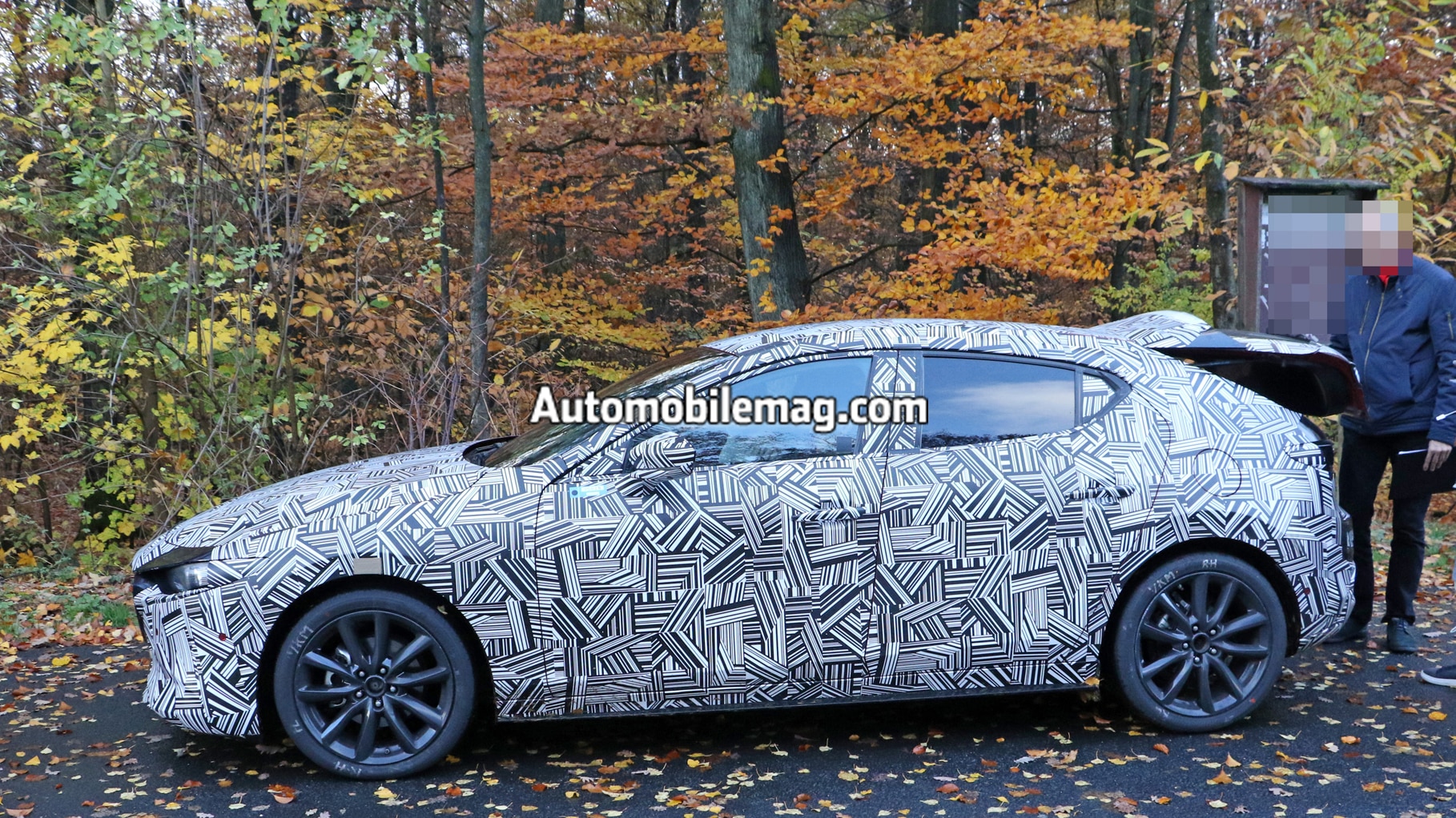 The front end looks more production-ready than the Kai, but overall, Mazda did a great job of preserving the overall design of the concept. The taillights appear to be basically the same, only flipped. Even the super-thick C-pillar remains, although there’s no telling how much of a blind spot that will create. 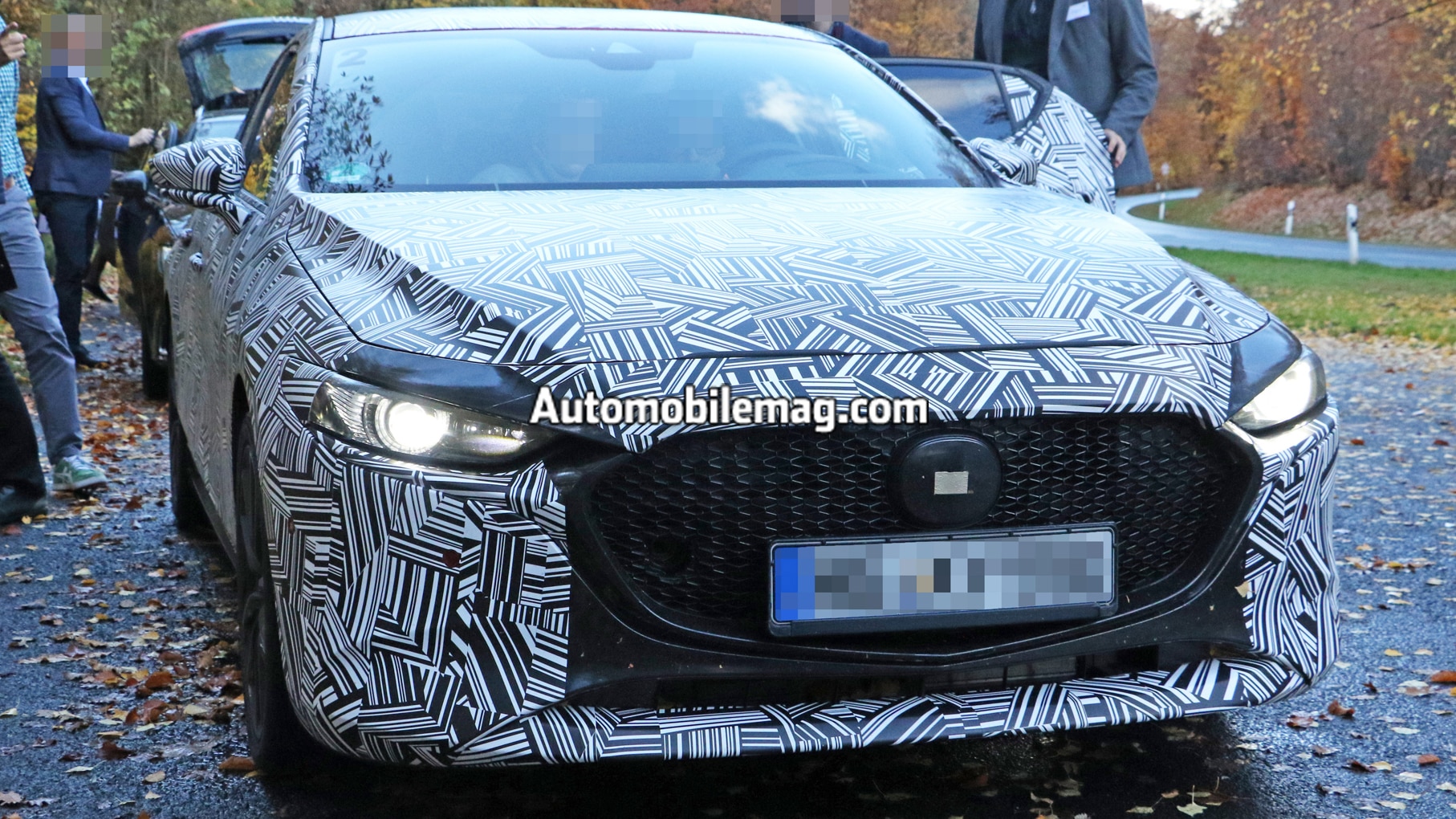 Our photographer was also able to grab a few shots of the Mazda3’s interior. If you’re already familiar with Mazda’s latest cabin layouts, you won’t see anything too shocking, but it is great to see a new infotainment screen that’s significantly bigger than before. Plus, it’s still got a good, old-fashioned, three-pedal manual transmission.

Look for more info when Mazda reveals the new Mazda3 at the end of this month. 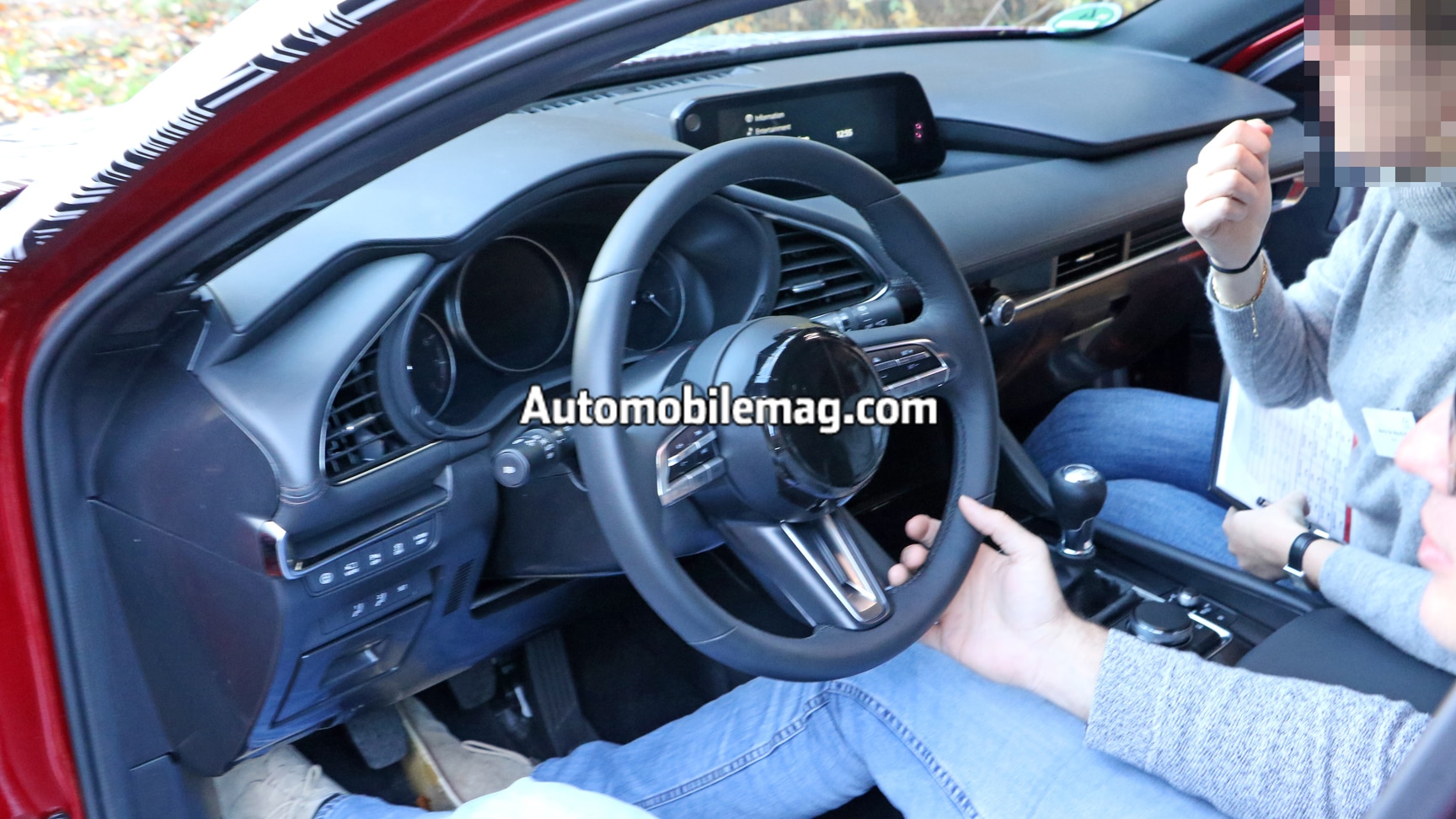 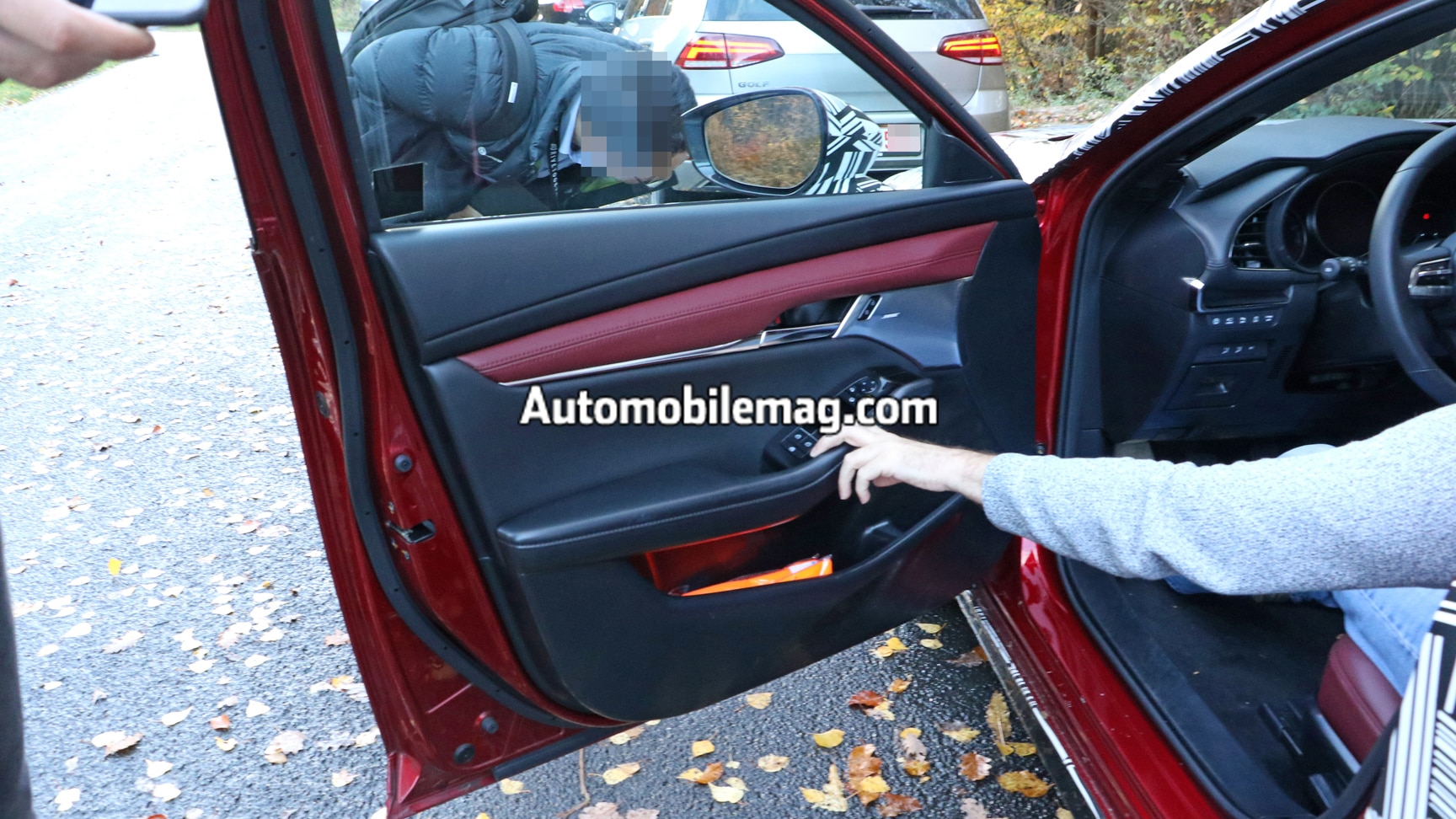 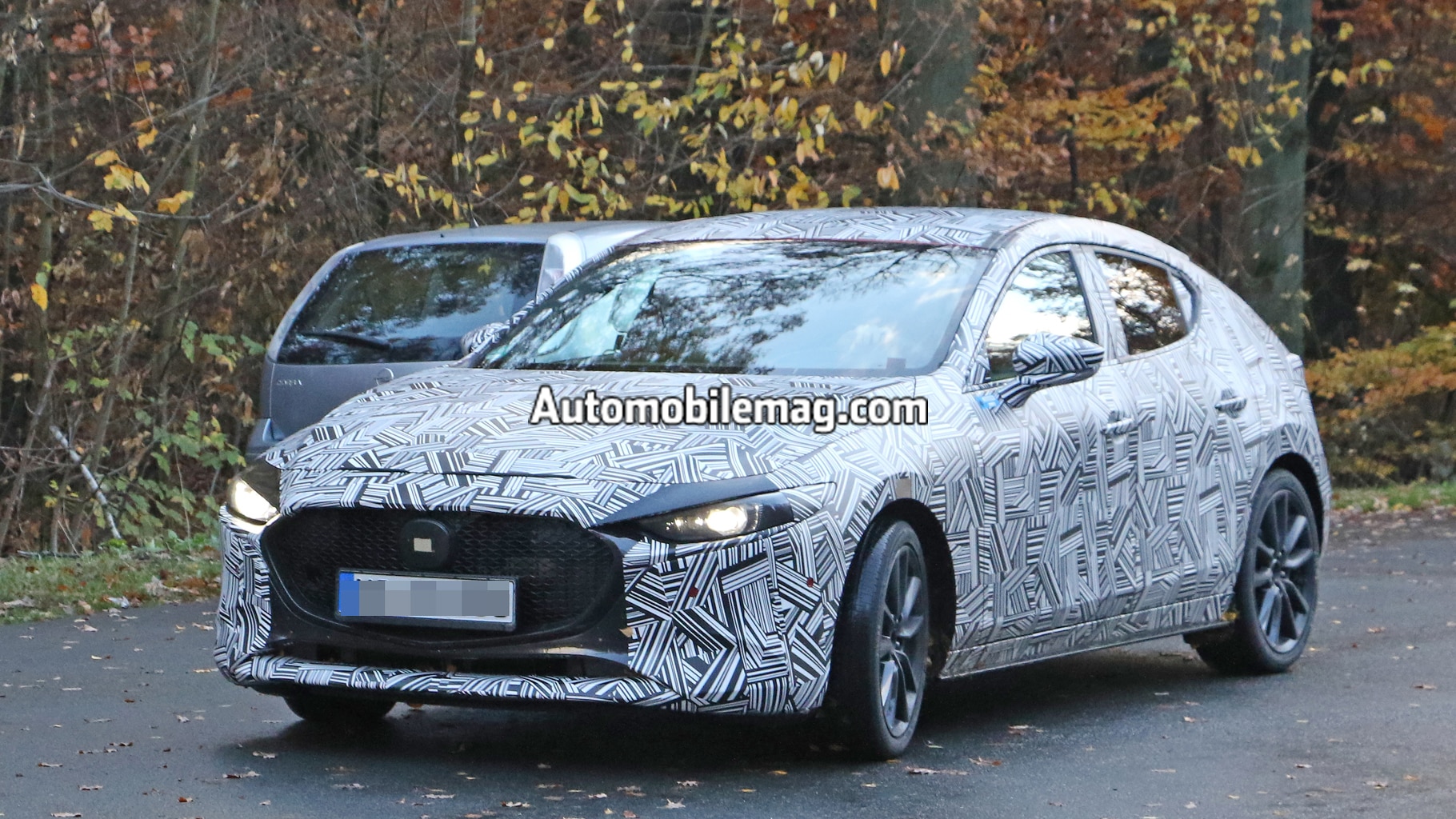 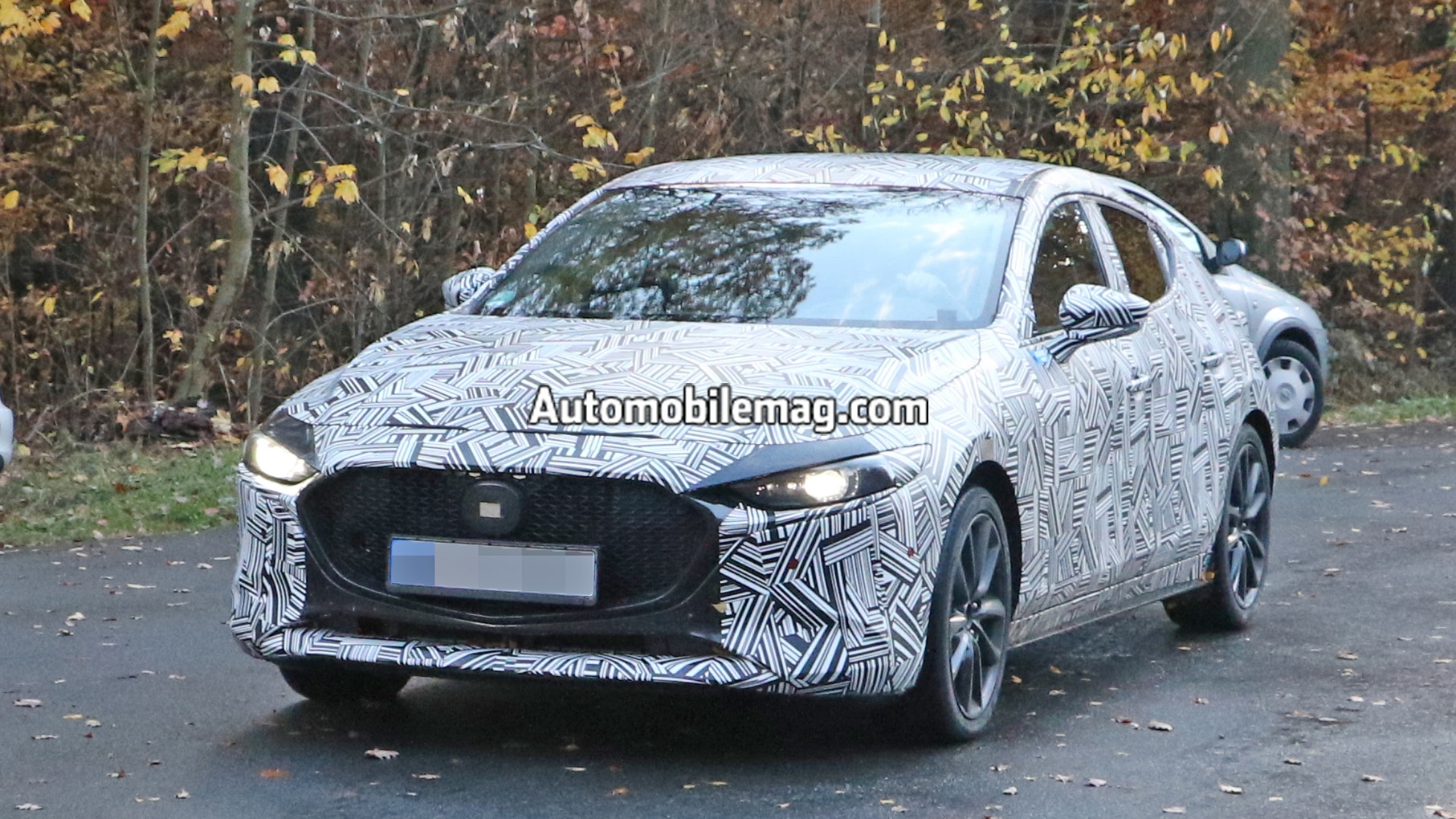 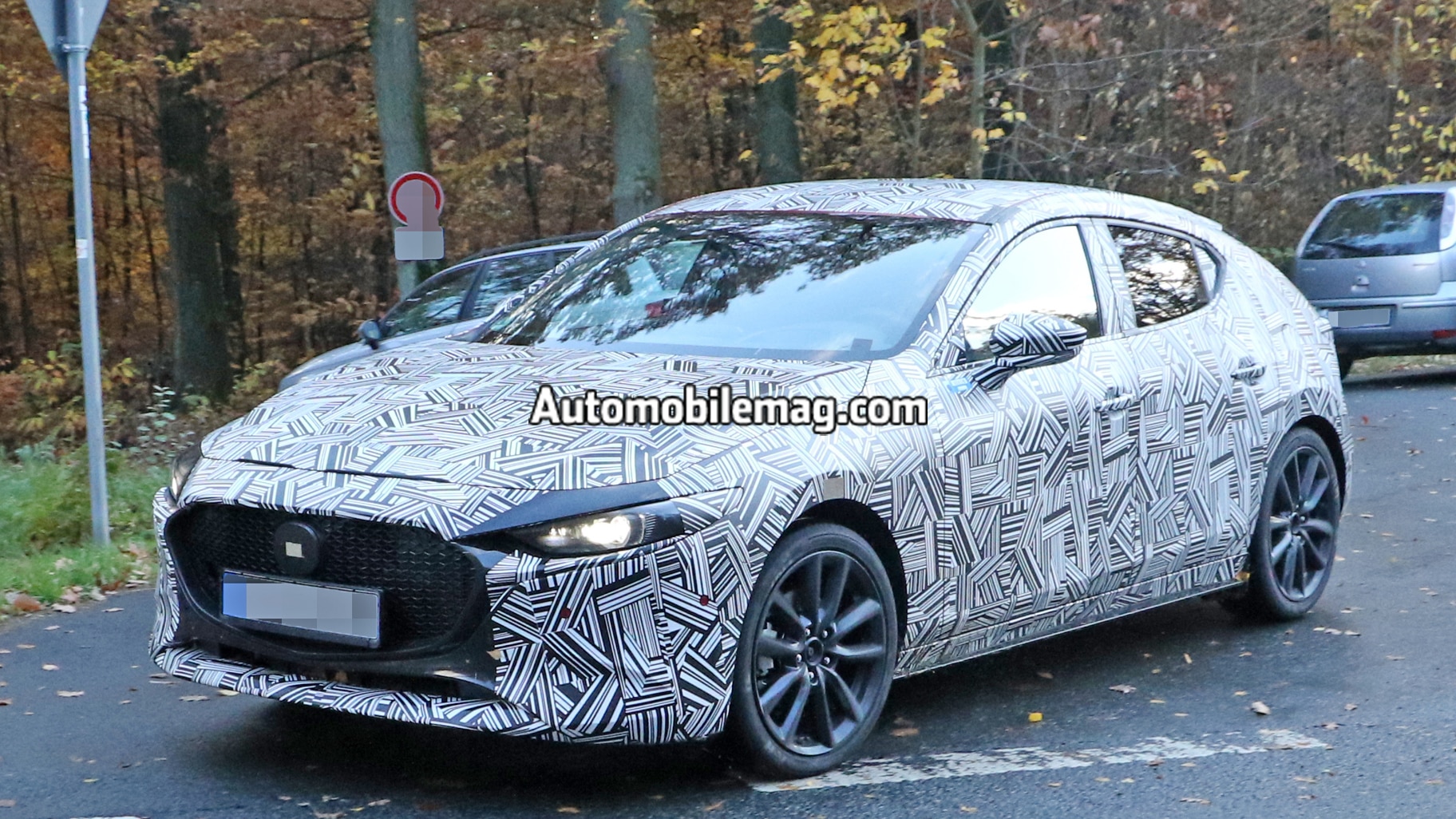 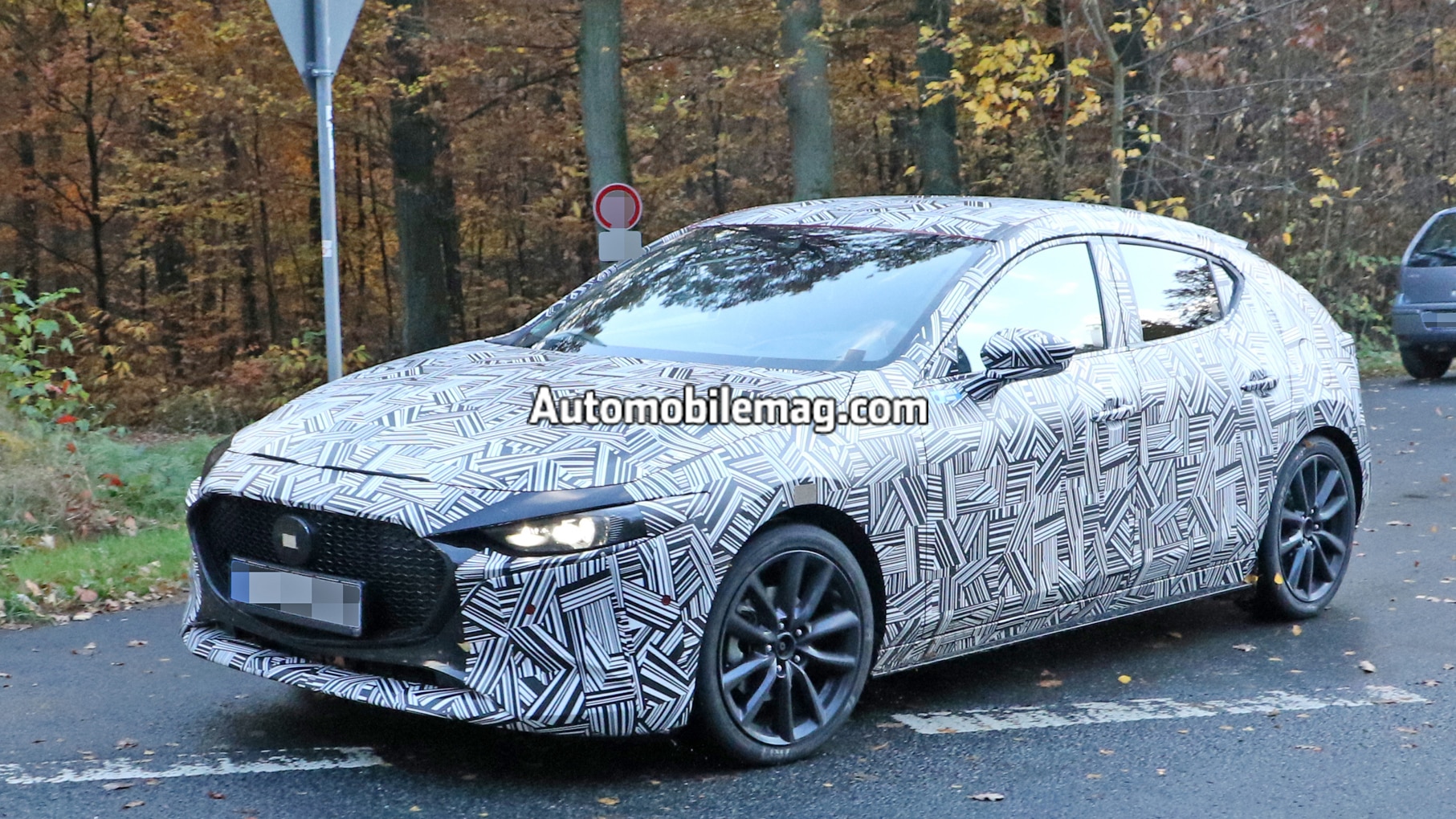 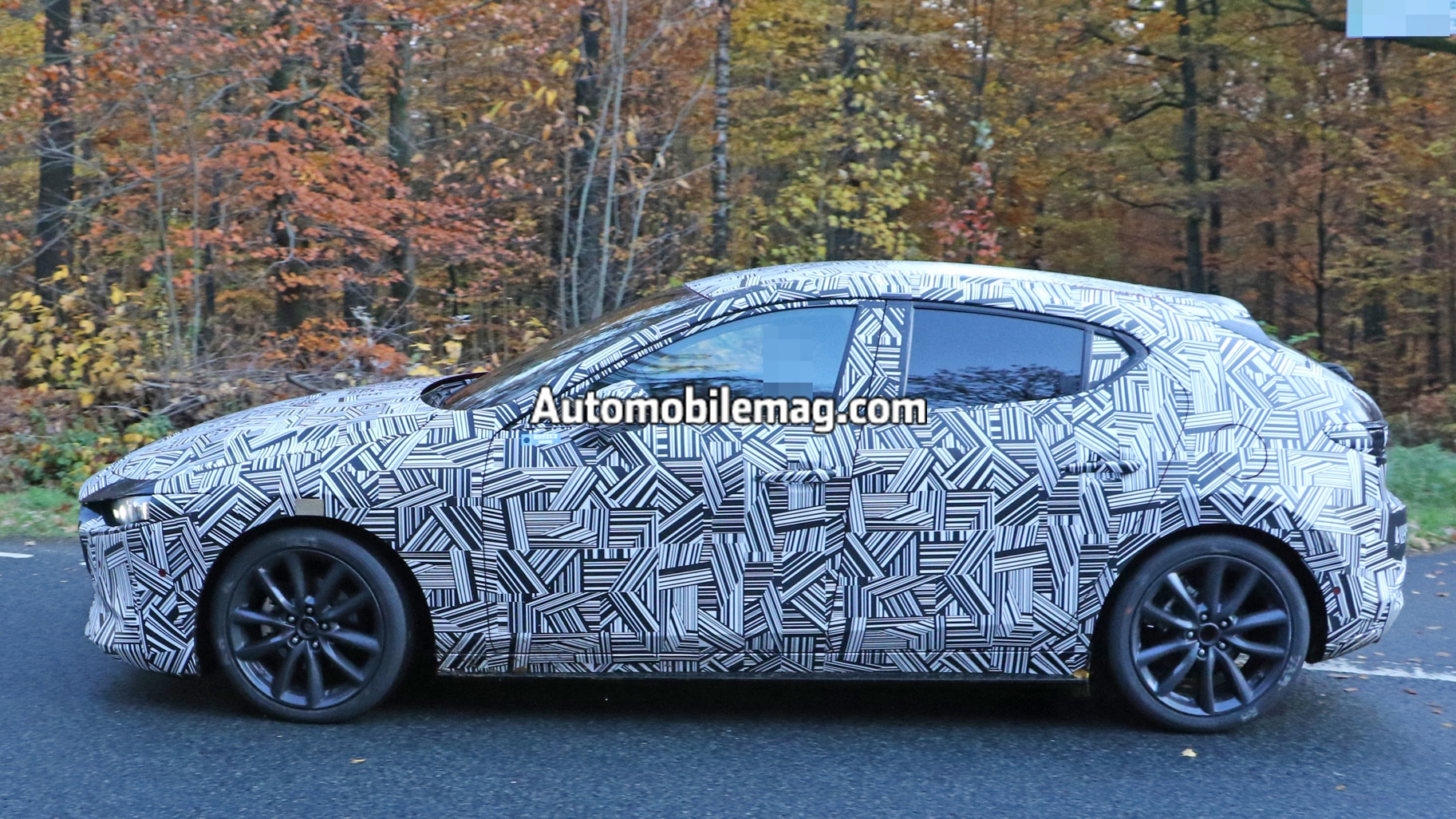 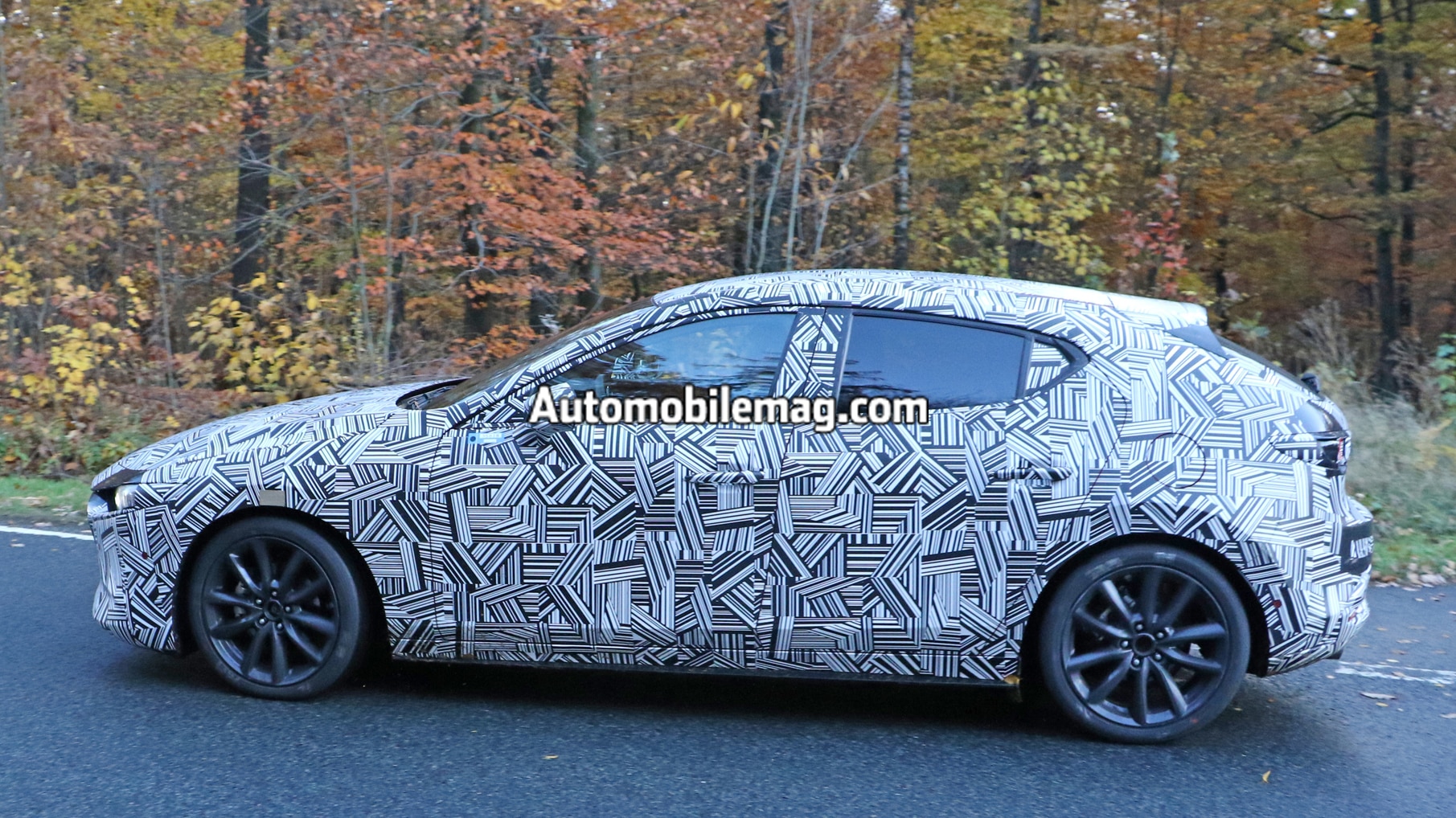 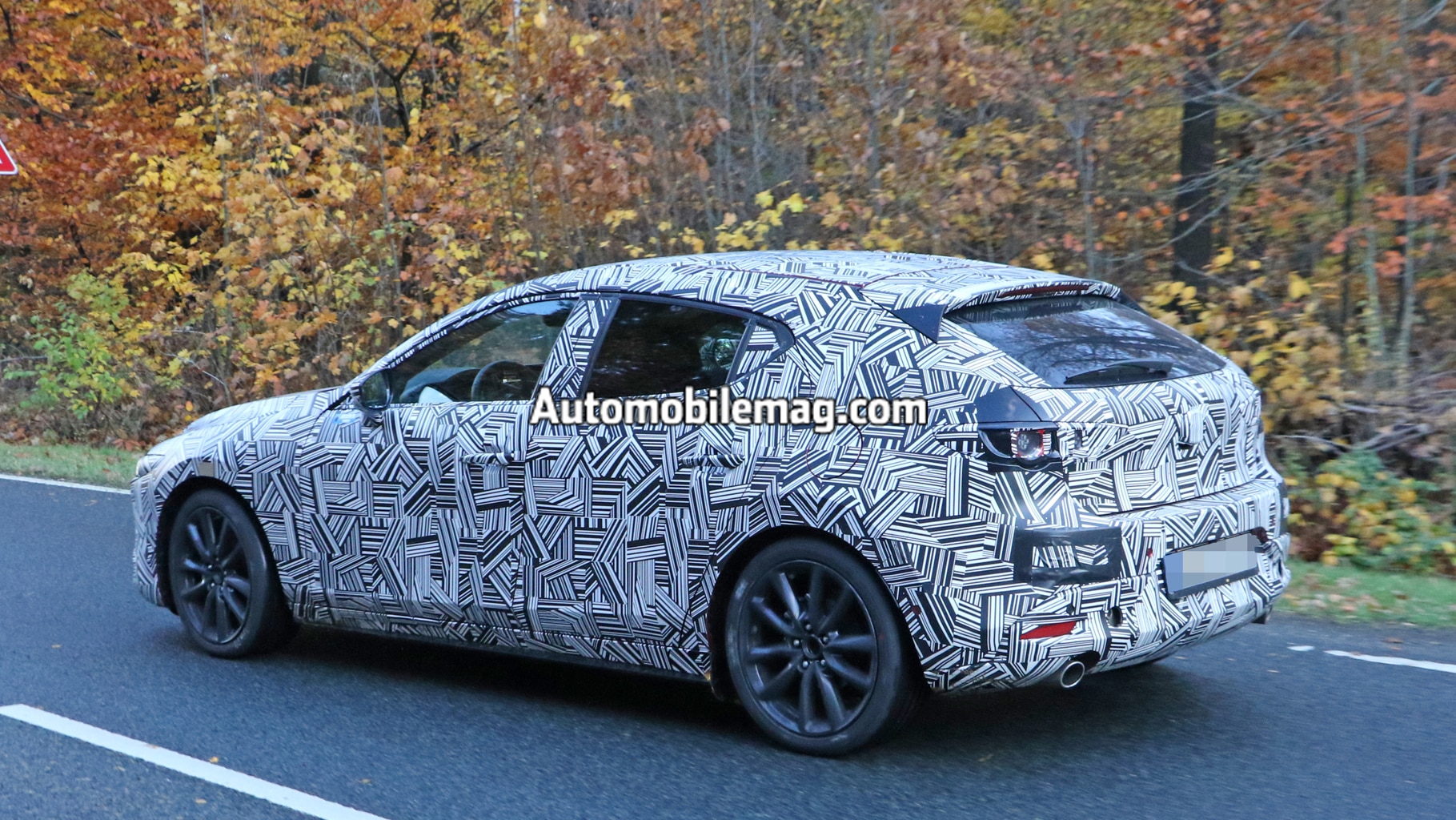 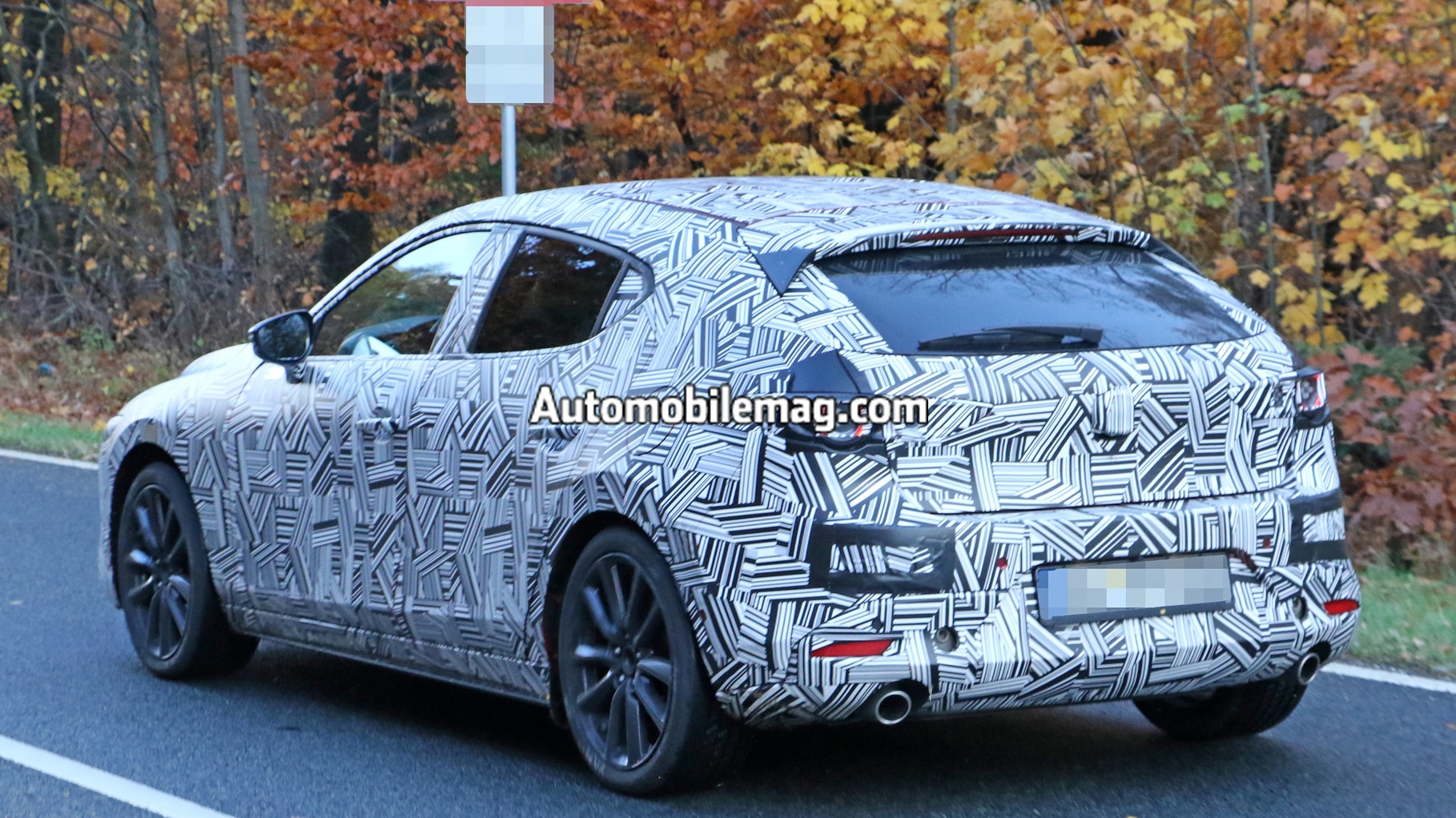 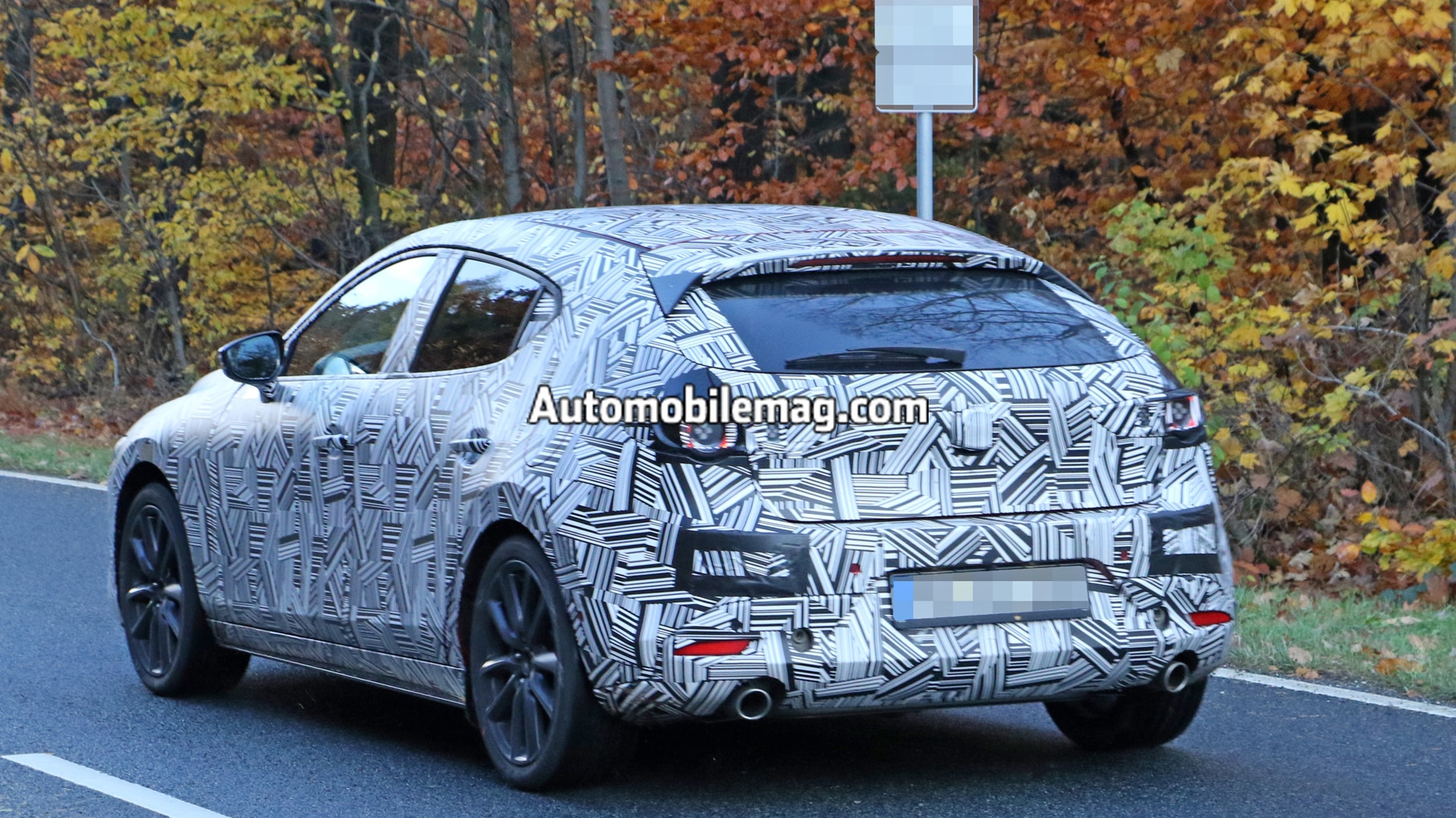 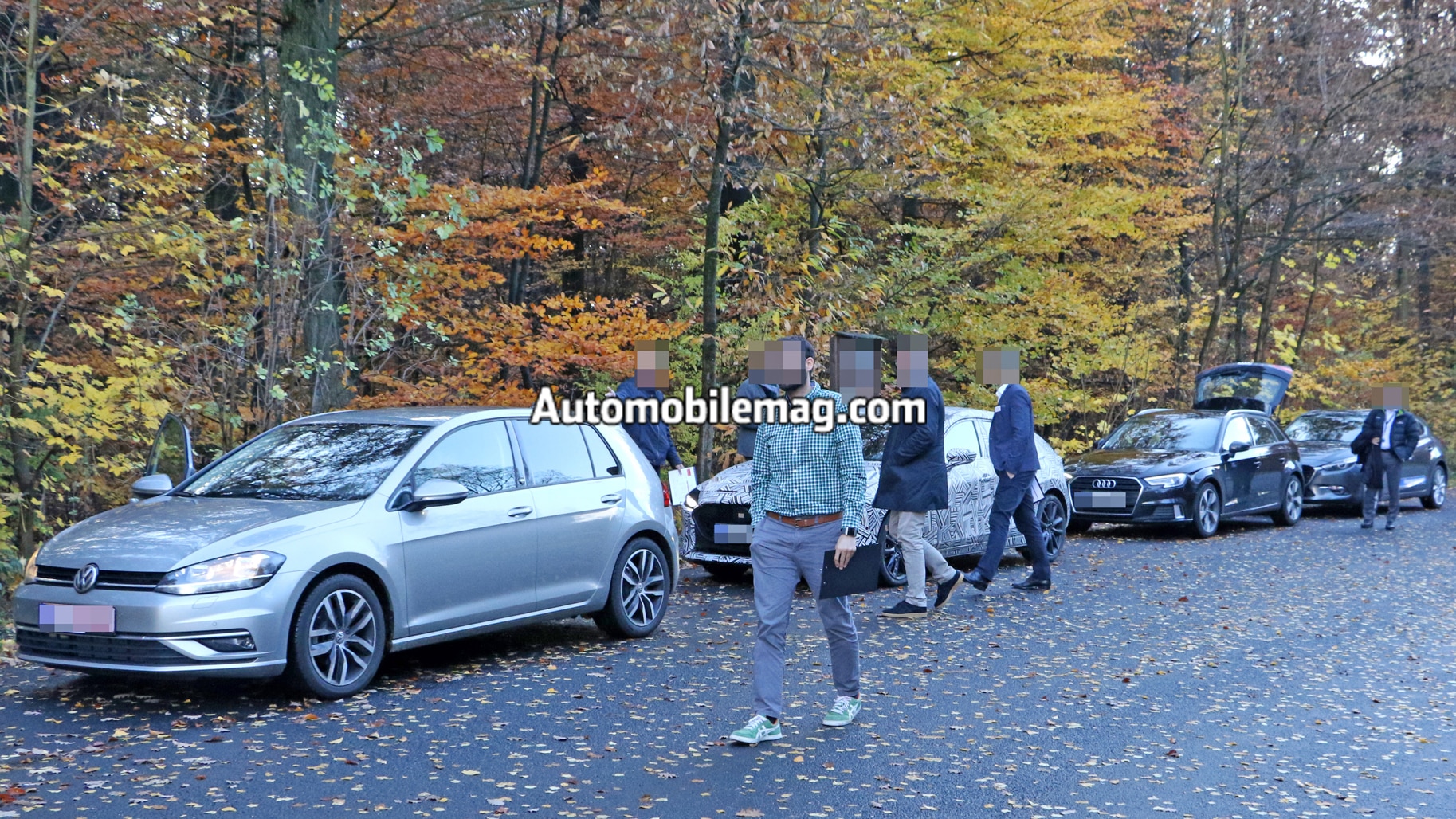