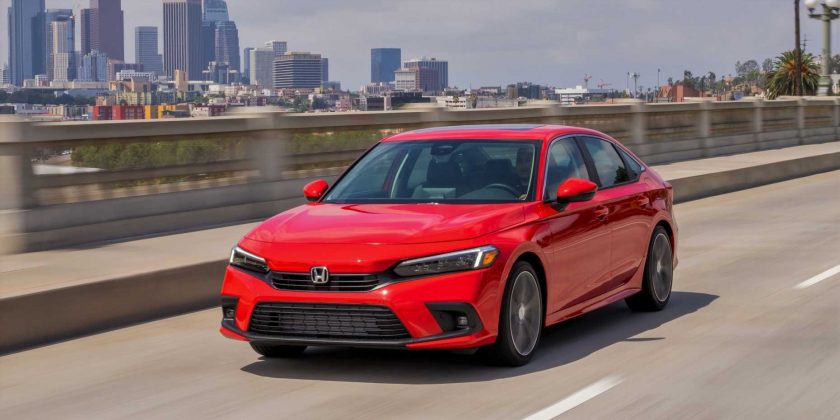 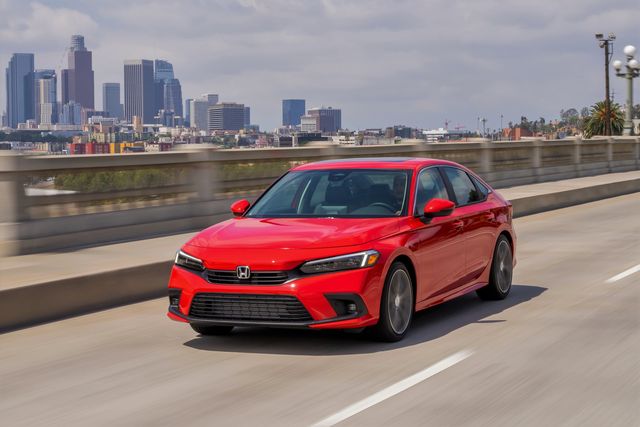 Despite the rise and near-domination of the crossover utility vehicle, a few carmakers bravely continue to build new compact sedans, Honda being one of the better entries. For 2022, Honda presents a new Civic sedan. It’s the first of several Civics coming. A new Civic Hatchback debuts June 23, and a new Si and Type R are on their way, but for now check out the 11th generation of the fun-to-drive compact classic.

Honda is not calling it “all-new,” but is saying simply that it “raises the bar in every conceivable way – design, performance, fuel economy ratings, safety features and technology.” 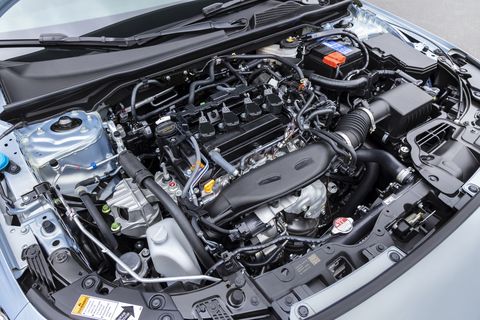 The powertrains, a 2.0-liter naturally aspirated four and a 1.5-liter turbo, appear carryover if you look only at displacement and a few other things, but the 1.5 turbo gets six more horsepower and 15 lb-ft more torque thanks to being “retuned for improved response.” The new valvetrain gets VTEC on the exhaust cam now, which helps the engine hit a new Peak output of 180 hp and 177 lb ft of torque on 87 octane gas. There were other efficiencies, too.

The improvements result from the use of a new high-efficiency turbocharger and new turbo piping with reduced pressure drop, and a new 4-2 exhaust port/manifold cast into the head, Honda said.

The turbo is available in the more-upscale EX and Touring trims. The 2.0 powers the LX and Sport. A new catalytic converter reduces emissions while Idle Stop helps boost mileage to 31/40/35 city/hwy/combined. OvT transmissions, which gets a new Sport mode for crisper response. Overall mileage goes up by as much as two mpg combined in the LX and one mpg in most other Civic models.

The body is 1.4 inches longer in wheelbase inch longer overall and the rear track is a half-inch wider. It is stiffer both torsionally and in bending response, all of which adds up to improved straight-line driving and steering stability, Honda says. New suspension bushings also help bring it to life.

So maybe the new Civic feels a little more sprightly in your hands and under the seat of your pantalones.

A week’s drive in it wasn’t like a return to the pre-2001 Civic and its double wishbones, but it did exhibit responsiveness bordering on sporty, certainly sporty enough to be in the top half of the class. Would a return to a really sporty Civic be the thing that boosts sales? Probably not. The world is looking for roominess, practicality and safety nowadays.

Pricing ranges from $22,695 for the LX, $24,095 for the Sport with its slightly more exciting exterior trim, $25,695 for the turbo-powered EX with its moonroof and 180 hp, to $29,295 for the top-of-the-line Touring, with Sirius/XM, SatNAV, 9-inch color touchscreen, BOSE premium audio and 10.2-inch all-digital customizable instrument display.

Civic sales have been dropping steadily since a peak of 377,286 as recently as 2017 and were at just 261,225 as of the end of last year. Blame all those crossover utility vehicles, of course, of which Honda is selling more than its share in the form of CRVs and Passports. Nonetheless a carmaker can still make money selling compact cars, so Honda is bravely powering ahead with this new Civic for 2022. Power ahead, Honda!

Log into the comments and tell us what you think of the latest Civic.