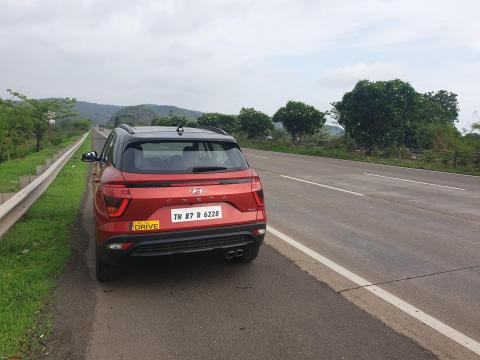 Women in India, unlike the ones in Saudi, have never had to face policy and governmental issues or resistance for wanting to drive. But the social patriarchy has been strong all the same.

DogNDamsel12 recently shared this with other BHPians.

This article is dedicated to all those people – men and women – who don’t need this article.

I feel quite humbled by my first meet with BHPians in Kolkata and am encouraged that I never felt treated any differently for being a woman. This was amazing, considering driving has always been traditionally a man’s job. Women in India, unlike the ones in Saudi, have never had to face policy and governmental issues or resistance for wanting to drive. But the social patriarchy has been strong all the same. So, it was no surprise that amidst some 40 men, we had just two women drivers. This also had me thinking how more and more women can be encouraged to be a part of such groups – because it is important that we see good driving as a life-skill and not just a hobby for Sunday mornings. So, I thought of penning down some of my rumination on how to prevent discrimination or drive women away and rather create a more inclusive community. So here goes:

1. Encourage and enhance learning experiences. Previously, I had participated in a workshop organized by Ford where we had the opportunity to drive with Gaurav Gill. Also, attended quite a few workshops that were organized by women rally drivers. While rallies are driving experience 10.0, driving is a life skill that men and women should both be encouraged to learn. Organize (events), collaborate (with suitable partners), include (people of all lawful age, gender etc.) so that driving can be normalized as a habit and practice in every family. Allow (even push) women at home to drive – mostly, this includes you patiently sitting next to someone who is a real shoddy driver. During my learning days, I have had people who have never driven a tricycle who have tried to put me down with their unkind feedback and drama. And then, I have had phenomenal mentors, sit patiently next to me and help me navigate through tricky puddles and ditches, so that I can learn to drive better in real life situations. You can be that for someone too.

2. Strongly be against offering special differential treatment to women. I did once win the title – “Fastest Woman Driver” at a friendly local rally. While I attribute this to beginner’s luck, there are twin effects of this win – apparently, an encouragement to women who have traditionally been told that driving is not a female thing; but this is also a mirror for us that we are in a different league from men as far as being at the wheels is concerned. I do not understand this. Driving is not soccer that requires physical strength. So, creating a separate category for women to win accolades in a skill that was predominantly male-dominated, is encouraging to us in the short run and does provides instant gratification. But this does nothing to remove discrimination or preferential treatment in the long run. And it tells us that it is okay to be mediocre. Which I don’t see a rationale for.

3. Do not accept different standards (of driving) for men and women. This point is much an extension of the previous one. Thankfully, I have had a fantastic mentor who has never accepted bad driving from me because I am “only but a poor woman.” Or, has never told me, “for a woman, you drive too well!” Quite on the contrary I have been told, if I am at the wheels it is my responsibility if the vehicle I am driving, so much as gets a scratch on the bumper from a vehicle which hit me from behind. I have always been made to take responsibility for my driving well, and also to drive considerably fearlessly to be able to whisk a bully off the road, if needed. Mostly, for a good or a bad driver, the need is to stop seeing their gender. “Most bad drivers are women!” Possibly, that is the easiest conclusion because a woman driving is not as commonplace a sight as a man driving. Though, by now you must have realised that I don’t mean to condone anyone’s bad driving at all. (And we do enjoy some of the funny parking videos too that reflect our gender!)

4. Group behavior – choose your words carefully. It is sometimes tempting to participate in conversations where women are being spoken of in a certain unkind way. There is a difference between what’s funny and what’s misogynist. Misogyny is not just a general hatred for women. Sometimes, misogyny is also a man (or a woman)-of-honour sitting down with a crowd of men/women who are jeering at and denigrating a “strange” woman – only coz she comes across as too independent, or unavailable for them or is anonymous to them, or may have driven past them too quickly. You get the drift! Women use cuss words as much as men. So, cuss words may not be offensive for many of us. Offensive is how you objectify a woman knowingly or unknowingly – talk about her personal life, your “scores” with her et al. So whenever a group is unable to include women in their conversations, check if it is because of cuss words or is it because the group (or some members in it) have an inclination to talk about women in “a certain way” and the presence of women may be obstructing that group behavior. How you talk about us when we are not watching you is who you are. So it is encouraging to be in an environment where men conscientiously try not to subscribe to something deranged just for the heck of entertainment.

5. Do not take selfies with women models next to an average car at a glittering auto expo. With all due respect, this is such a du-h-mb marketing strategy (if not offensive). Good wine needs no bush – as the old saying goes. Models with long, white legs and short dresses who draw you to shiny cars in an auto fair are trying to downplay your intelligence. This marketing technique has existed in the auto sector and has its legacy in “driving is a man’s job” emulsified with “sex sells.” Several men and women find it obnoxious for many reasons. But we cannot do much apart from balking from a distance. The time has come to stop using women as dumb garlands on a mediocre commodity. If he is trying to get a girl, and if we see him doing this, we only look at him as a featherhead and look away.

So, barring a couple of stray experiences, my stint with driving groups in Delhi and in Kolkata has been great. But it may not be the same everywhere and always. And in the spirit of this hobby/sport/profession/passion depending on where you are, I thought it may be a good time to catch up on this conversation.

Thanks to DogNDamsel12 once again! Check out BHPian comments for more insights & information.