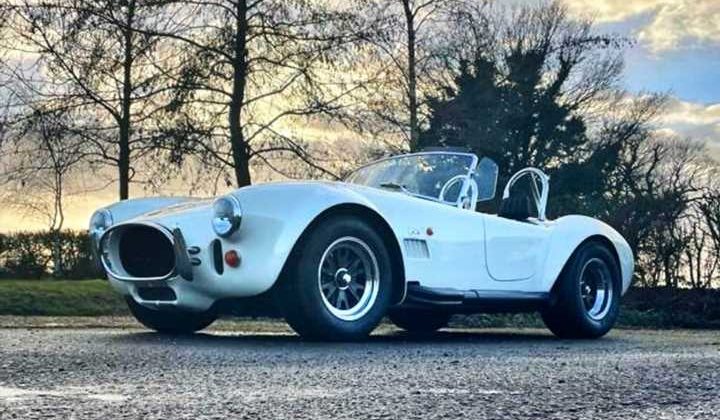 Few cars are as defined by the use of a combustion engine as the AC Cobra, and thus the news last year of an electric replacement was certainly dramatic. Today AC has announced 12 Anniversary Edition Superblowers; ostensibly they mark 120 years of AC cars – one for each decade of business – but they also serve a more significant purpose as the last ICE-engined Cobras to be made by the factory.

"In the coming months AC Cobras will be going fully green with innovative high performance electric drivetrains which will achieve outstanding results in terms of on the road speed and power, yet will be almost silent", reports the press release. It continues to describe the change of powertrain as "momentous in automotive history"; normally that would be excused as a bit of PR hyperbole, but it does feel like quite a big deal when we're talking about the Cobra.

As for the Anniversary Edition cars, they will all use the 590hp supercharged V8 that's now the standard Superblower offering, with five colour schemes offered: light blue with orange stripes, red with white, blue with white, green with white and yellow with white. AC says the driving experience is a "thrilling blend of adrenaline rush, excitement and motoring pleasure at its most unsubtle." Which, however good it proves to be, you'd have to imagine the EV might struggle to replicate.

The 12 Anniversary cars are on sale now, priced from £129,500 – don't expect them to hang around long given their importance to the Cobra story. As for the future, Alan Lubinksy is confident in AC's success as "we have put in place a new powertrain which can meet the challenges of the impending legislation changes while retaining the true essence of the AC Cobra's unique appeal – appearance and ultimate performance." One or two enthusiasts might have something to say about that claim, but AC's future will certainly be intriguing; once these 12 are gone it would appear that almost 60 years of V8 Cobra history is done – and a brave new chapter beckons…