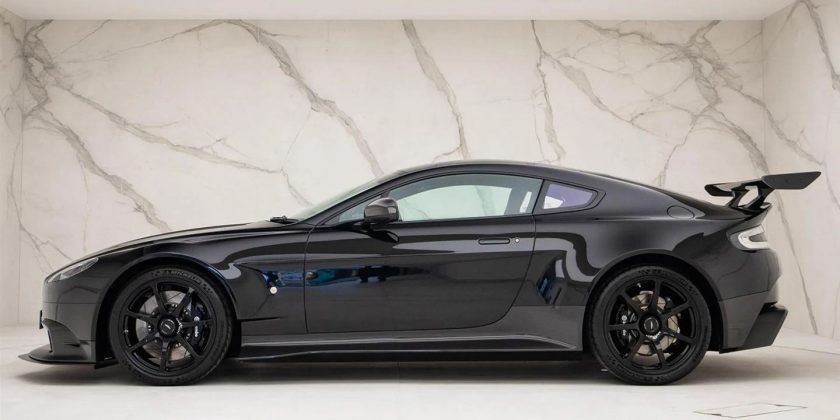 Because not everyone wants a GT3, y'know

The excitement around the new Aston Martin V12 Vantage is easy to understand. The 5.2-litre twin turbo is monstrous in the DBS Superleggera, leave alone in a smaller, lighter, shorter Vantage body. And the F1 Edition has already shown just how good a more focused version of the smallest Aston can be. And it’s the last time a V12 will be in a Vantage. And it can be had without the spoiler. And… you get the idea.

So emphatic was the favourable response to the GT12 that Aston decided to create a V8 version – the GT8. It arrived the year after the GT12, employing similar methods – 100kg lighter with the right options, a smidge more power, track-focused suspension and a dubious aerokit – with a similar effect: Aston Martin made 150 at £165,000 and they were all spoken for pretty quickly. They were all fantastic, too, with either transmission and in any colour you fancied: “Raw, raucous and unashamedly aggressive, the GT8 is yet another sign of Aston Martin’s new-found self-confidence” was the PH verdict all those years ago.

This one is notable even by GT8 standards. At launch the big kerbweight claim was dependent on all the lightweight options being added, which are seldom seen on customer cars given the expense. However, here we have one, complete with £20,000 of magnesium wheels and the £10k carbon Aero Pack. Looks stunning, doesn’t it? Maybe back-to-back black won’t suit all tastes, but the monotone goes to show that the GT8 doesn’t need a wild colour combo for presence. Mercifully, those extremely expensive wheels remain unblemished.

This GT8 has the manual gearbox, too, which is rare for both a Vantage and any kind of track focused supercar; you don’t need to look far for similar without any three-pedal option at all. Even with it being far from the best manual in the world, it’s easy to imagine a car with a clutch being more collectible than a Speedshift in time (not least because the latter is far from the best automated manual in the world).

Before then, though, there’d be plenty of driving to do in the GT8, with this one just 7,000-miles and five-years old. It’s for sale at £179,950, or only slightly less than it would have cost new with the pricey options added. That valuation reflects the standing the GT8 is held in, with delivery mileage cars on offer for more than that and no car on PH currently available for less than £160k. Or about double the very best non-GT8 Vantage. But then rare, fast, exciting Aston Martins, new or old, never did come cheap – as the new V12 Vantage is likely to prove…