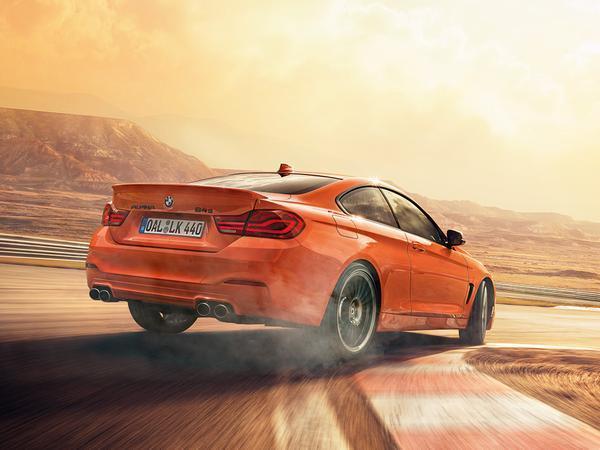 Alpina has turned up the wick on its highly talented B4 S with a special version called the Edition 99. The limited-run model uses a ramped up twin-turbo inline six 3.0-litre to produce 452hp, which is a gain of 12hp and comes available from 5,500rpm to 6,250rpm. Torque’s also up to 502lb ft between 3,000rpm and 4,500rpm (an increase of 16lb ft) to further expand the already substantial lead over BMW’s regular M4.

Flat out, Alpina’s 1,755kg coupe can sprint from zero to 62mph in 3.9 seconds in all-wheel drive form, although right-hand drive cars are rear drive only (and 65kg lighter), so they take three tenths longer. That’s the same as the regular B4 S, you may have noted, but those with any experience of Alpina’s engine work will know the most important improvements in its cars often come with the way the motor responds and revs. Expect an even tighter blend of Alpina shove and silkiness in the Edition 99.

Like the regular B4 S, a convertible version is available, and it weighs 1,915kg so needs 4.3 seconds to hit 62mph. But that actually matches the BMW M4 coupe’s time, emphasising just how potent Alpina’s 4 Series line up is. 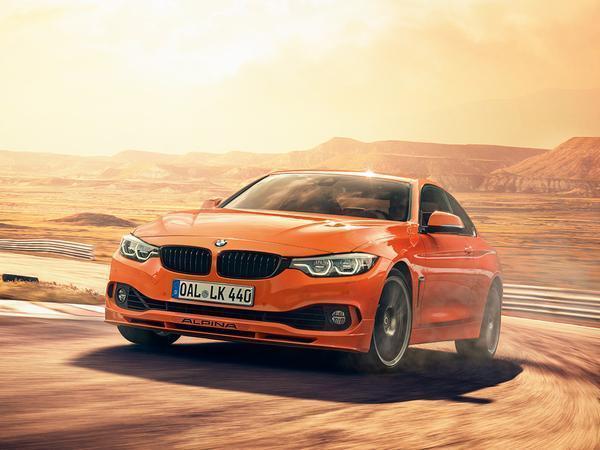 Along with the engine enhancements, the Edition 99 also gets new suspension settings that include higher spring rates, retuned adjustable damper rates and stiffer connecting arms, as well as firmer bushes. Alpina claims to have enhanced the B4 S’s agility without compromising stability, which sounds good to us.

Vibrant exterior colour palette aside – would sir like his Alpina in orange? – the Edition 99 remains typically understated in its styling. Most noticeable outside are the 20-inch versions of Alpina’s iconic wheels and the Alpina lettering on the front splitter. Inside, it’s a similar story, with contrasting stitching on the steering wheel that matches the exterior colour and new matte black paddles to control the car’s eight-speed automatic ZF gearbox. The rest is largely familiar.

Orders are being taken now, although pricing is yet to be confirmed. But given that just 99 of these enhanced B4 Ss will be made, a sizeable increase on the regular car’s £63,000 starting price is inevitable. First deliveries are due in quarter two of 2019. 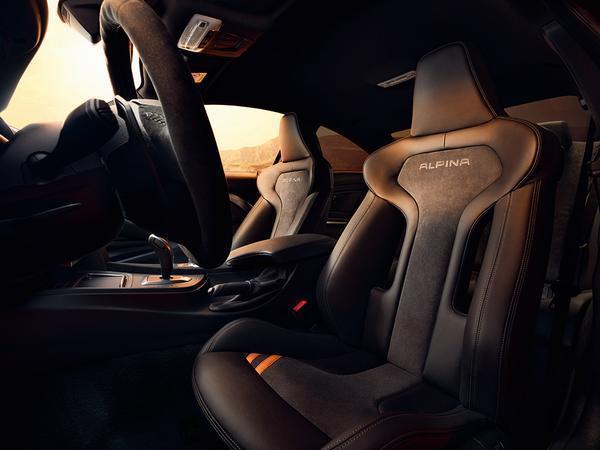 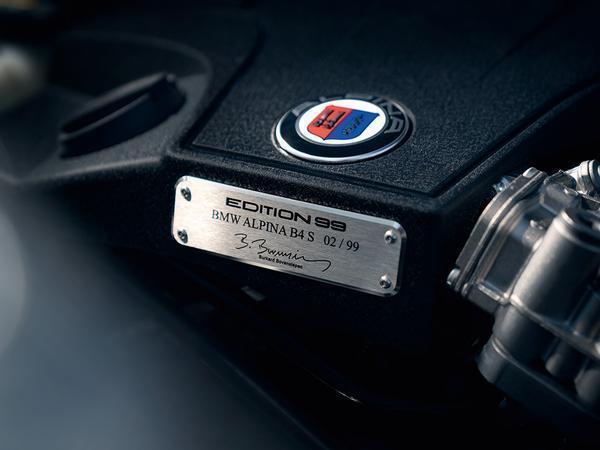 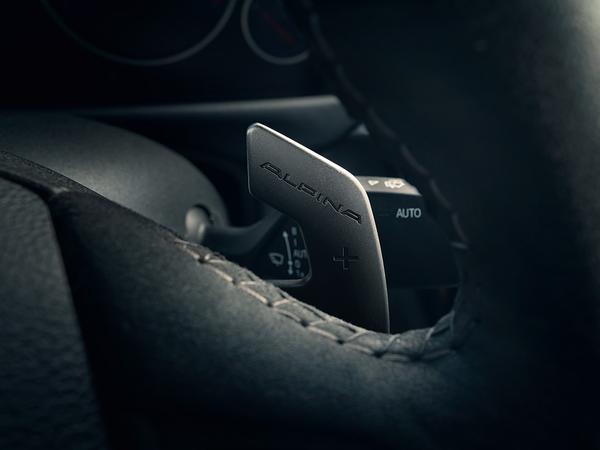 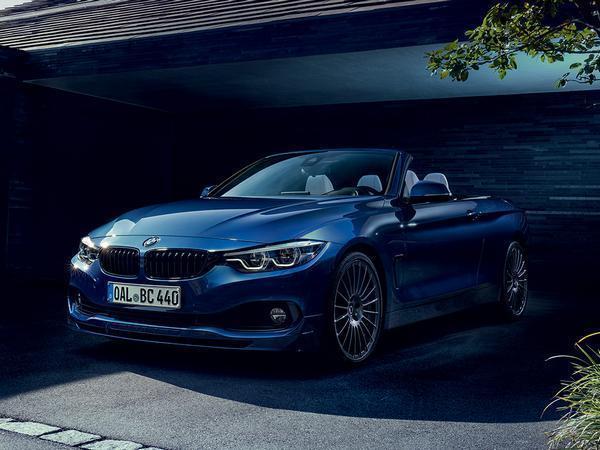 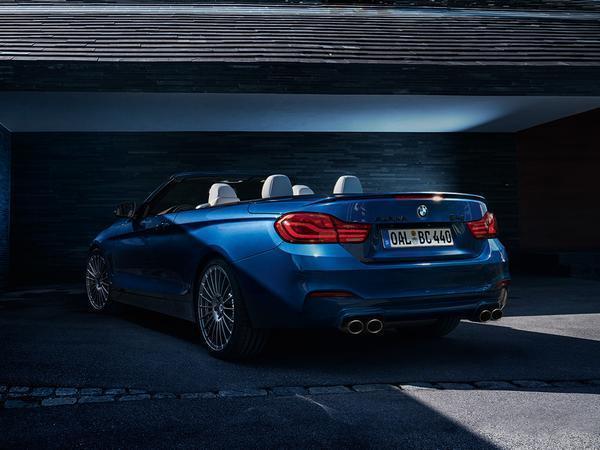 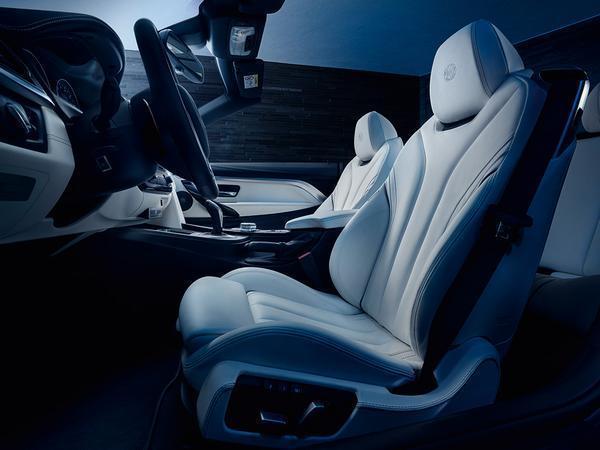 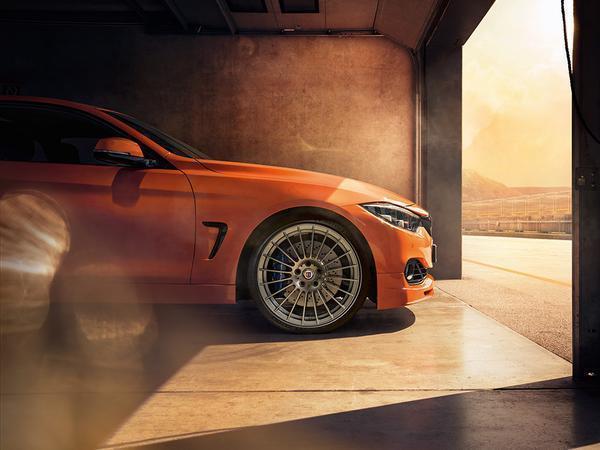