Two very different approaches to coupes have resulted in two very evenly matched rivals. So which is best? 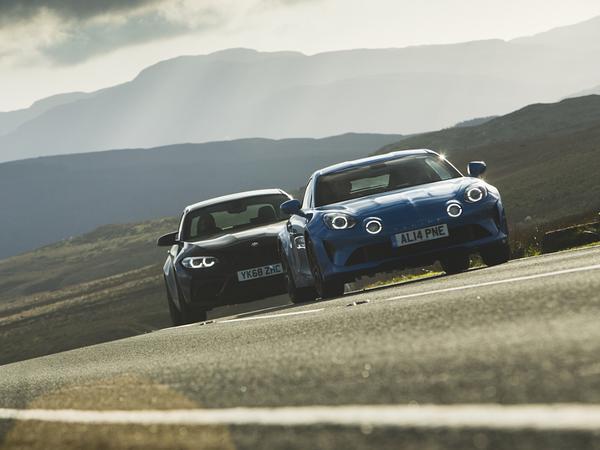 The Alpine A110 has a very distinctive way of getting down a road. What you notice first is that it feels uncommonly small, so it hardly seems to take up any space at all. That gives you options. Driving this car along even a twisty B-road is like landing a two-seat Cessna on a full-size runway. The margins are so great you simply cannot misjudge them.

Then you realise how much suspension travel there is at each corner and how plush that suspension is. Rather than skipping and bouncing along the car seems to float, making the road surface feel flatter and more level than it is. Soon after that you notice that whenever you turn into a corner, the car rolls onto its outer edge at exactly the same rate that it rotates in towards the apex. It feels cohesive. The back end of the car isn’t actually sliding – at most the rear tyres are smudging ever so slightly across the tarmac – but what you feel from behind the wheel is that the car is oversteering to a fractional degree in every single corner.

Pull those three characteristics together and you have one of the most satisfying driving experiences of any car on sale today. Although satisfying doesn’t really cover it. Engaging might be better. Or enthralling. I absolutely guarantee that if you enjoy driving along a flowing road, you will get a kick out of the A110. It was with all of that in mind that I approached this twin test, knowing for certain the little Alpine would knock spots off its rival. But then I drove the BMW M2 Competition. 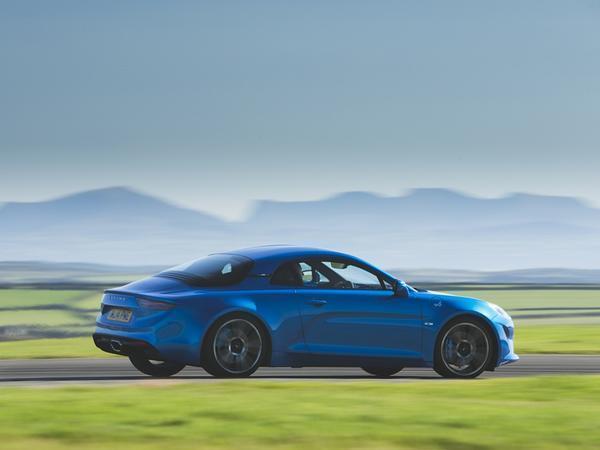 The two cars are priced very similarly (the A110 costs £51,805 in Premiere Edition guise to the M2 Competition’s £49,805) and their performance figures are near enough identical (the Alpine clocks 62mph in 4.5 seconds and tops out at 155mph while the BMW registers 62mph in 4.4 seconds and the same 155mph flat out). But there the similarities end, for while the A110 is a two-seat, mid-engined, aluminium coupe based upon a purpose-built platform, the M2 is a four-seat, front-engined, steel coupe that is ultimately derived from a hatchback. There is a walloping difference in power output, the A110’s four-cylinder turbo engine managing a relatively slimline 252hp compared to the M2’s thumping six-cylinder twin-turbo motor, which produces 410hp. But that isn’t the biggie. Instead, it is weight that makes these two cars most unalike, the Alpine weighing just 1,103kg while the BMW sits on the road at 1,625kg – a difference of more than 500kg.

On the basis of that last handful of statistics these two cars can hardly be thought of as competitors (and if you simply cannot live with only two seats there is no competition whatsoever) but what underpins each of them, apart from their relative affordability, is an intention to be really great to drive both on the road and the race track. Which one is greater is exactly what we’re going to establish and we’ll be using the best roads in North Wales and the beautiful Anglesey circuit in our quest.

There is more to enjoy about the Alpine. On Michelin Pilot Sport 4 tyres it has enough grip that you can really fling it at a road, but not so much that you’ll never get anywhere near its limits. Double wishbone suspension all-round keeps the tyres pressed firmly into the surface, but when they do run out of grip they do so progressively and intuitively. The steering is good without being exceptional, while the entire drivetrain is somewhere between adequate and commendable. The engine is really only there to play a supporting role to the chassis’ star turn. That said, with its sports exhaust the A110 Premiere Edition does at least sound quite throaty. 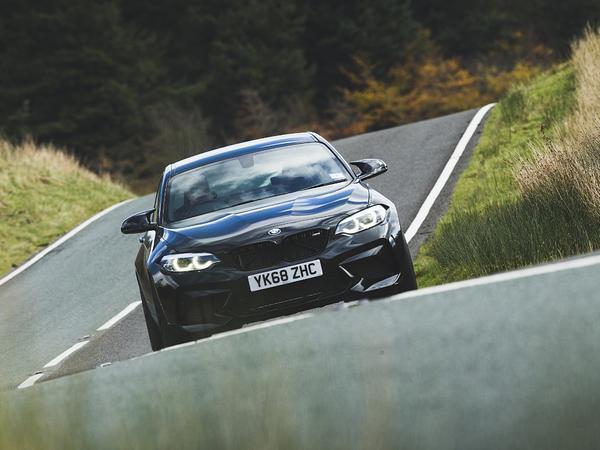 What you notice immediately about the M2 Competition is that BMW has made enormous strides over the previous version in terms of control and composure along a cresting road. I have a number of very vivid memories of driving those earlier cars across moorland stretches and upon popping up over a brow, feeling for a split second as though the entire rear end was going to lift clean off the road, continue up towards the clouds and send the car off into the bracken. It never happened, of course, but the enormous spike in heart rate and adrenaline that absolutely did result was enough to make me wary of M2s forever more.

This M2 Competition simply doesn’t do that. It is altogether better tied down, more tautly controlled and less upset by an uneven surface. Yes, at low speeds on bumpy stretches the ride can be quite tight and unforgiving, but that seems like a vanishingly small price to pay for what is a comprehensively more enjoyable driving experience.

Remarkably, this M2 doesn’t only feel better than the previous version; it actually feels good even in the company of the Alpine. From behind the wheel you’d never guess it was heavier by the weight of a grand piano, plus the pianist, because it is so well controlled and so agile. It too feels exceptionally well balanced – albeit in a very different way to the A110 – and you soon find yourself driving it with as much confidence as you do the mid-engined car. 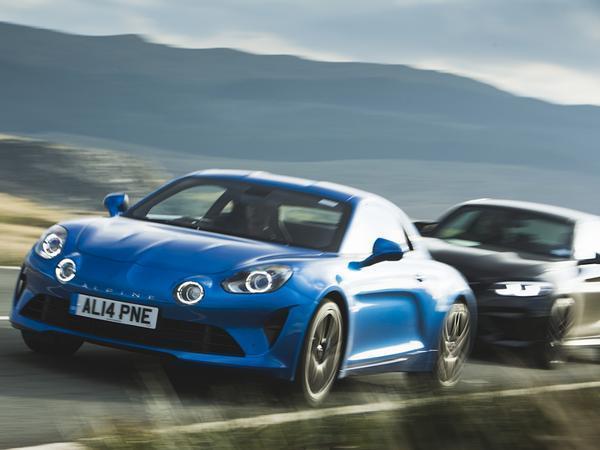 I am not at all convinced the Competition’s new engine is such a leap forward. Borrowed from the M3 and M4 but detuned slightly, it is more powerful than the old M2’s once turbocharged motor by 40hp and 62lb ft. It is almost certainly more responsive in the lower reaches, too, but the car doesn’t suddenly feel massively faster in a straight line and the soundtrack is actually blander than it was before. I would be every bit as bowled away by the progress BMW has made from M2 to M2 Competition even if the old engine was carried over untouched.

What else? The BMW is clearly much more practical than the Alpine and its cabin quality is far better, but the A110’s cockpit does feel more purposeful. You can also specify the German car with a manual gearbox, which will probably be all that matters to a lot of people.

With the road driving all wrapped up, the Alpine has its nose ahead. It is just a touch more enjoyable to punt along a rollicking B-road and it is the one I most want to own, but with half a day on track standing between the two cars and a final outcome there is still much to play for.

The A110 is so clearly set-up to work brilliantly on the road that there is some danger it might not feel so clever on circuit. Those modest tyres don’t generate a huge amount of grip, but it isn’t understeer that you have to work. Instead, the car wants to oversteer everywhere. And I really mean everywhere. In the quick stuff the car is stable but you sense you could tip it into high-speed oversteer if you really wanted to, while in low-speed corners it rotates the instant you apply any steering lock. There is one second-gear right hander at Anglesey that, for whatever reason, made the A110 collapse into a quarter-spin every single time. 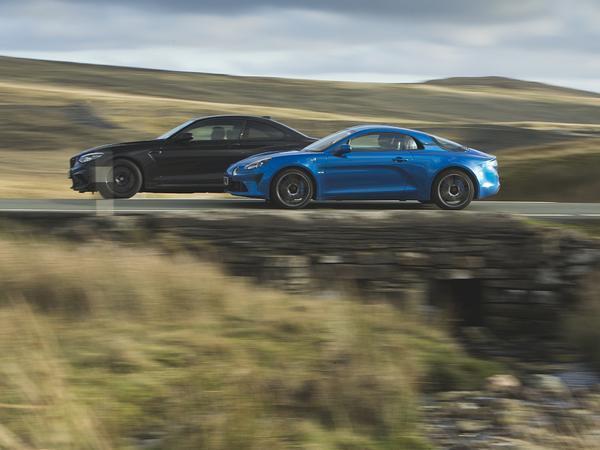 The trick is to go with it. Allow it to move around like that, using the car’s natural oversteer balance to abbreviate the entry phase to every corner. Despite the lack of an LSD you can make it slide on the power, too. What the Alpine doesn’t really want to do, however, is be driven neatly or with precision. For that reason it can be a touch one-dimensional on circuit.

The M2 Competition, meanwhile, will do it all. With more mechanical grip to lean on and a much more neutral chassis balance you can hustle it as though you’re chasing a lap time, being neat and smooth and efficient with your steering inputs. It responds to that sort of driving style beautifully. But then, once you’ve had enough of it, you can make the thing dance like a ballerina. If there is another car on sale today that slides as fluidly and as controllably under power as the M2 Competition, I haven’t driven it.

So where does that leave us? I adore the BMW for being such a useful improvement over its predecessor and for being so entertaining on circuit. The Alpine is more fun to drive on the road, though, and it would therefore prove to be even more enjoyable over a number of months or years. As it bounds off in its unique and compelling way, the Alpine A110 tightens its grip on the £50,000 sports coupe crown. 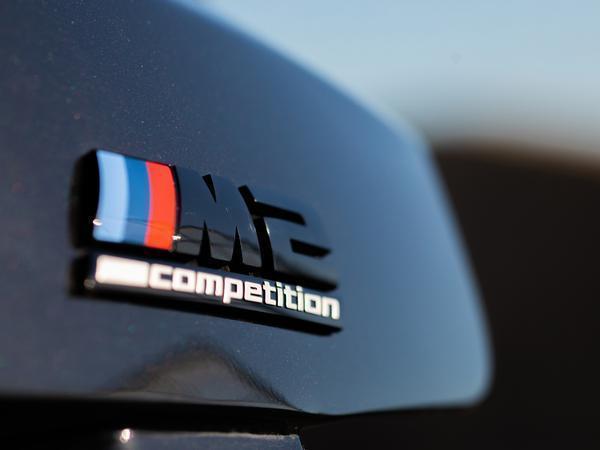 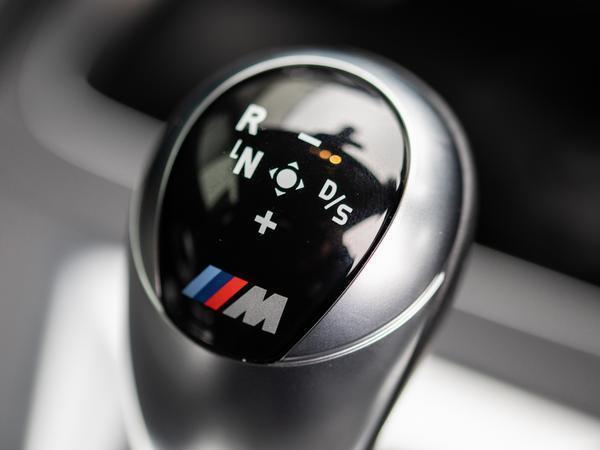 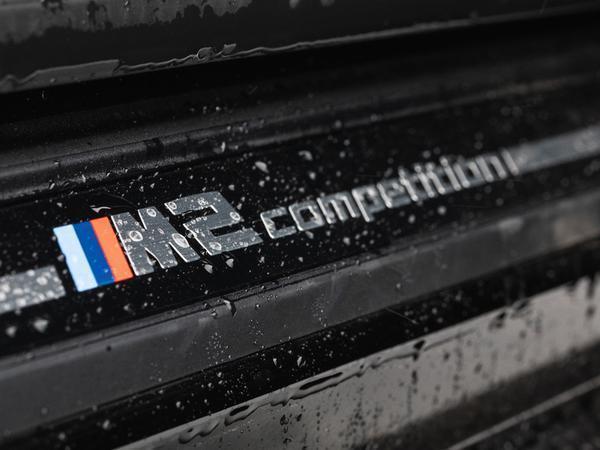 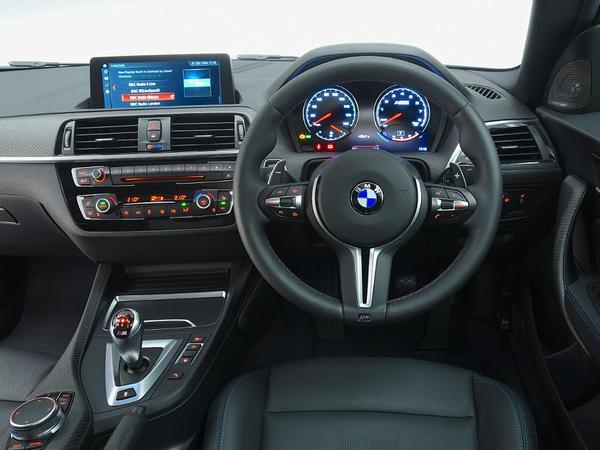 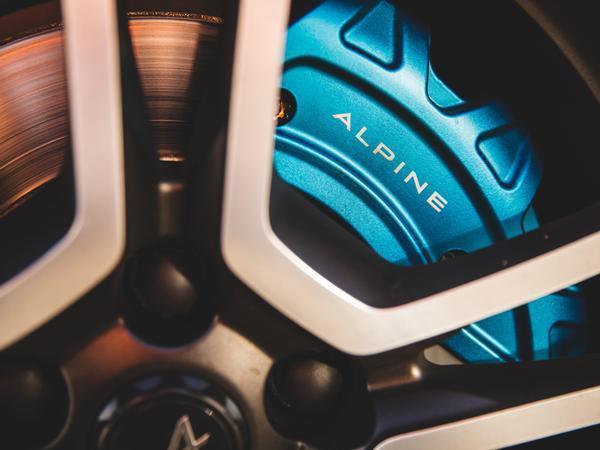 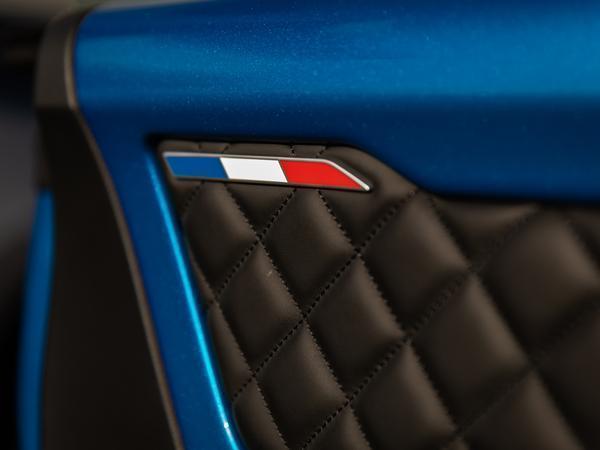 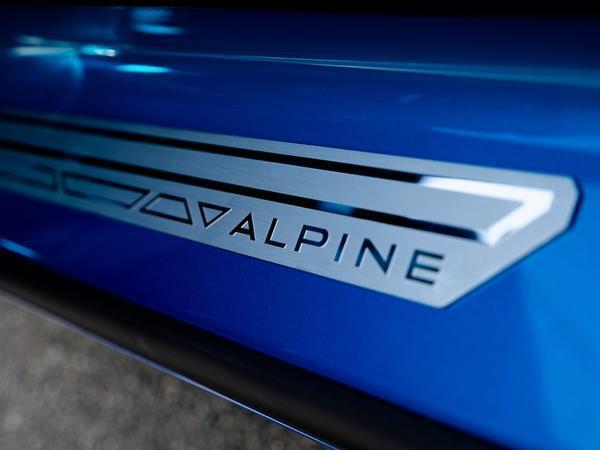 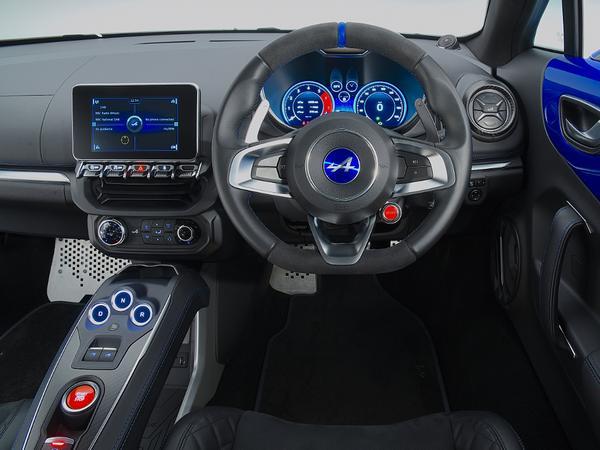