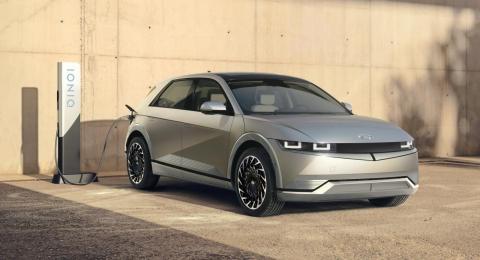 The digital key allows vehicle owners to lock and unlock their cars using either their iPhone or Apple Watch.

Apple’s CarKeys feature could soon be made available on Hyundai and Genesis cars.

The digital key feature from Apple was first introduced almost 2 years back, but was offered only on certain BMW models. Now, reports suggest that Hyundai and its premium subsidiary brand Genesis could soon start supporting the digital key feature as well. The feature is likely to be made available on cars of both brands sometime later this year.

The digital key allows vehicle owners to lock and unlock their cars using either their iPhone or Apple Watch.

Vehicle owners can even unlock and start their vehicles, without removing their iPhones from their pockets. This, according to Apple, would enhance the safety and convenience factor for customers using the technology.

The CarKeys technology by Apple was initially introduced in collaboration with BMW. However, the tech giant is now looking at expanding its availability across other car brands as well.