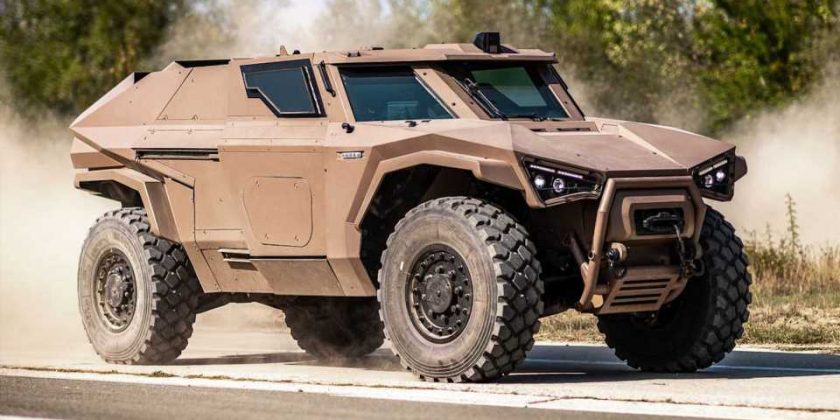 It can reach speeds of up to 80 miles per hour.

The Humvee could be considered one of the most recognizable four-wheeled military vehicles in the world. It spawned a now-iconic brand of consumer SUVs, but the world is filled with more military vehicles than we can shake a stick at. One such transporter comes from the French company Arquus. It’s called the Scarabee, and the company most recently showed it off in Abu Dhabi at IDEX 2021, previewing the vehicle’s various configurations.

The light-armored military reconnaissance vehicle has a host of unique features, though one of the more interesting ones is the hybrid powertrain. Yup, it comes with batteries and an electric motor designed to give the vehicle an added layer of stealth during military operations with a 100-percent all-electric mode. The 103-horsepower (77-kilowatt) electric motor combines with a 300-hp (223-kW) V6 diesel engine. It needs all the oomph it can muster with its armored plating weighing it down. 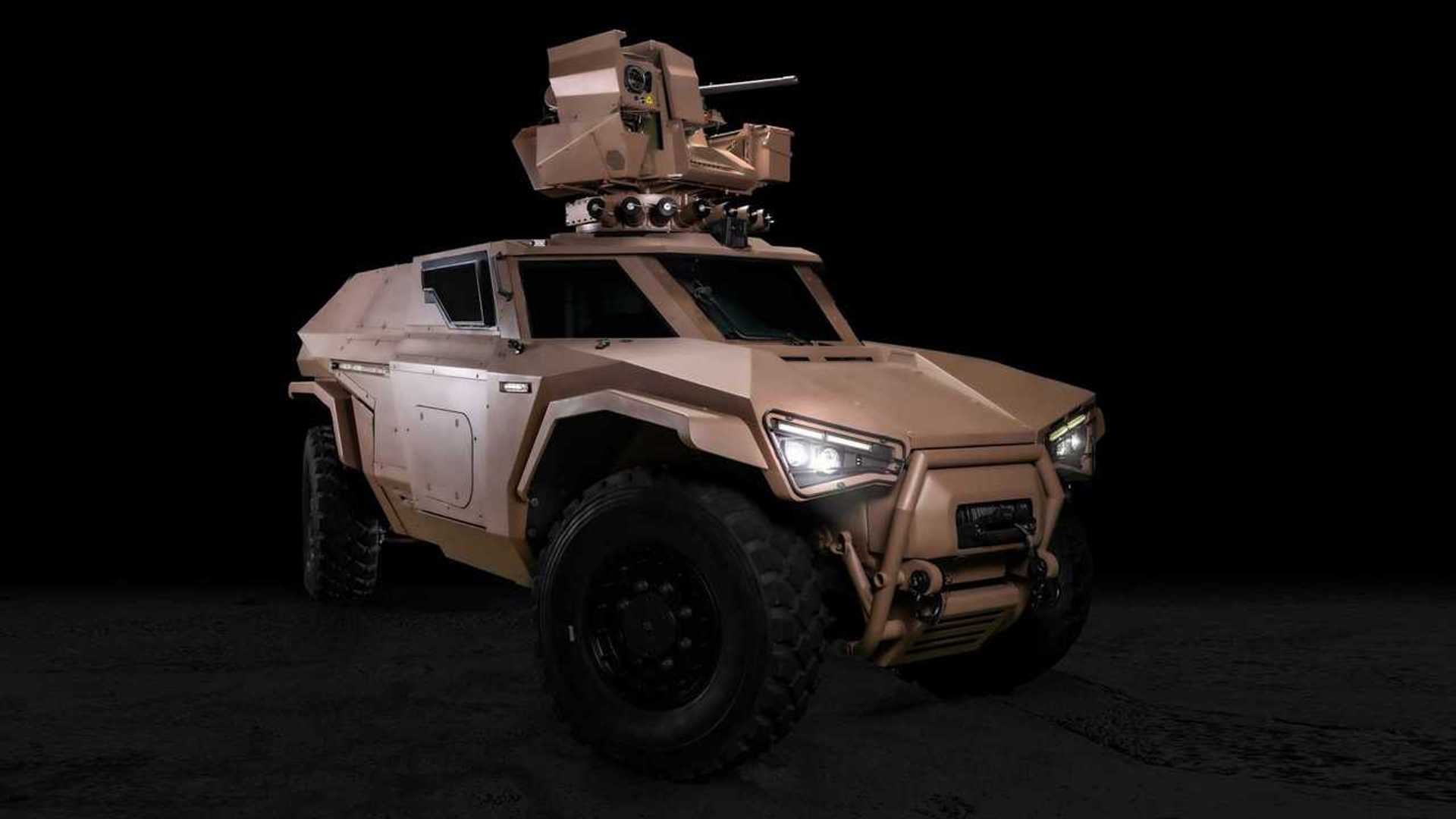 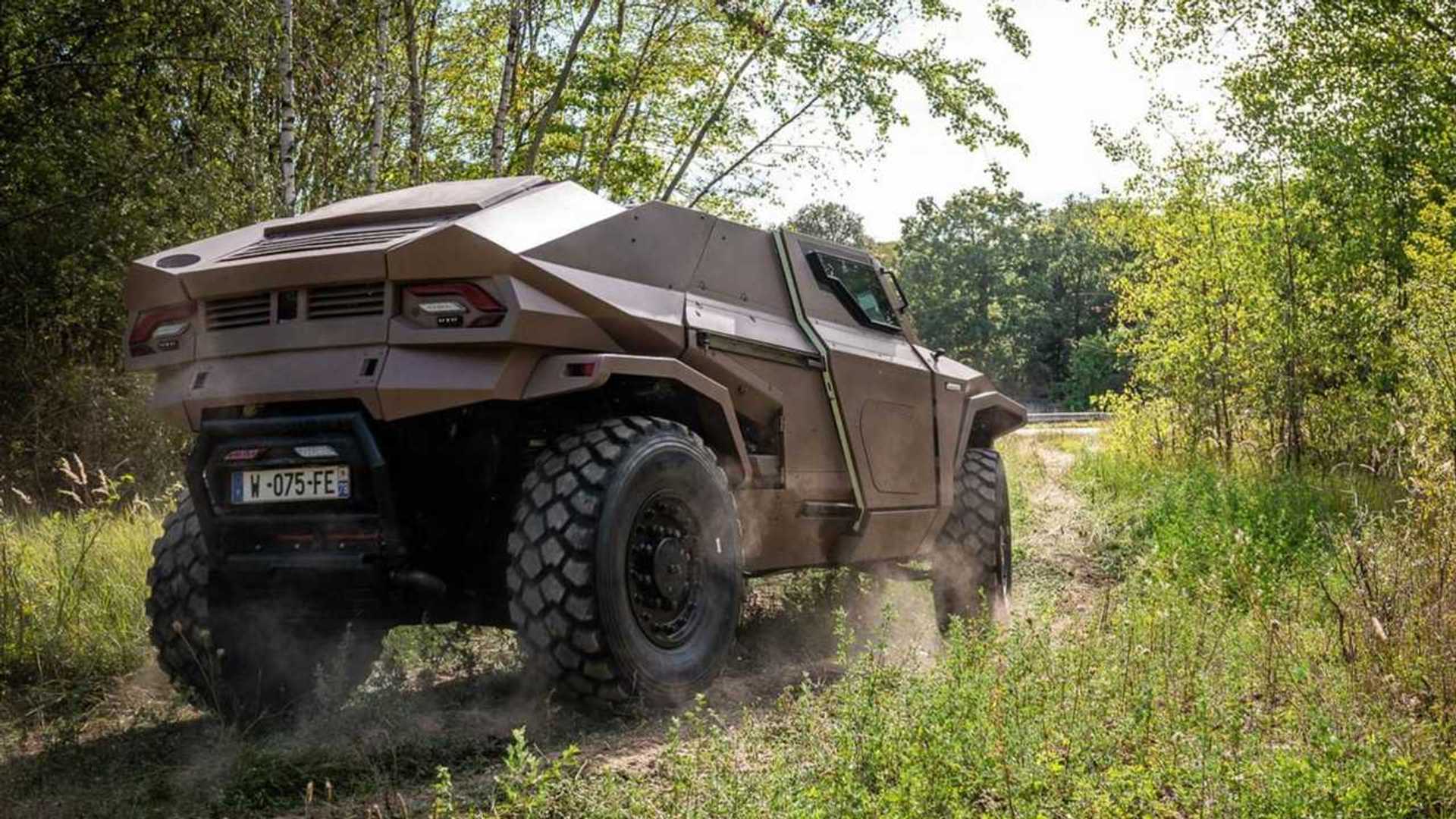 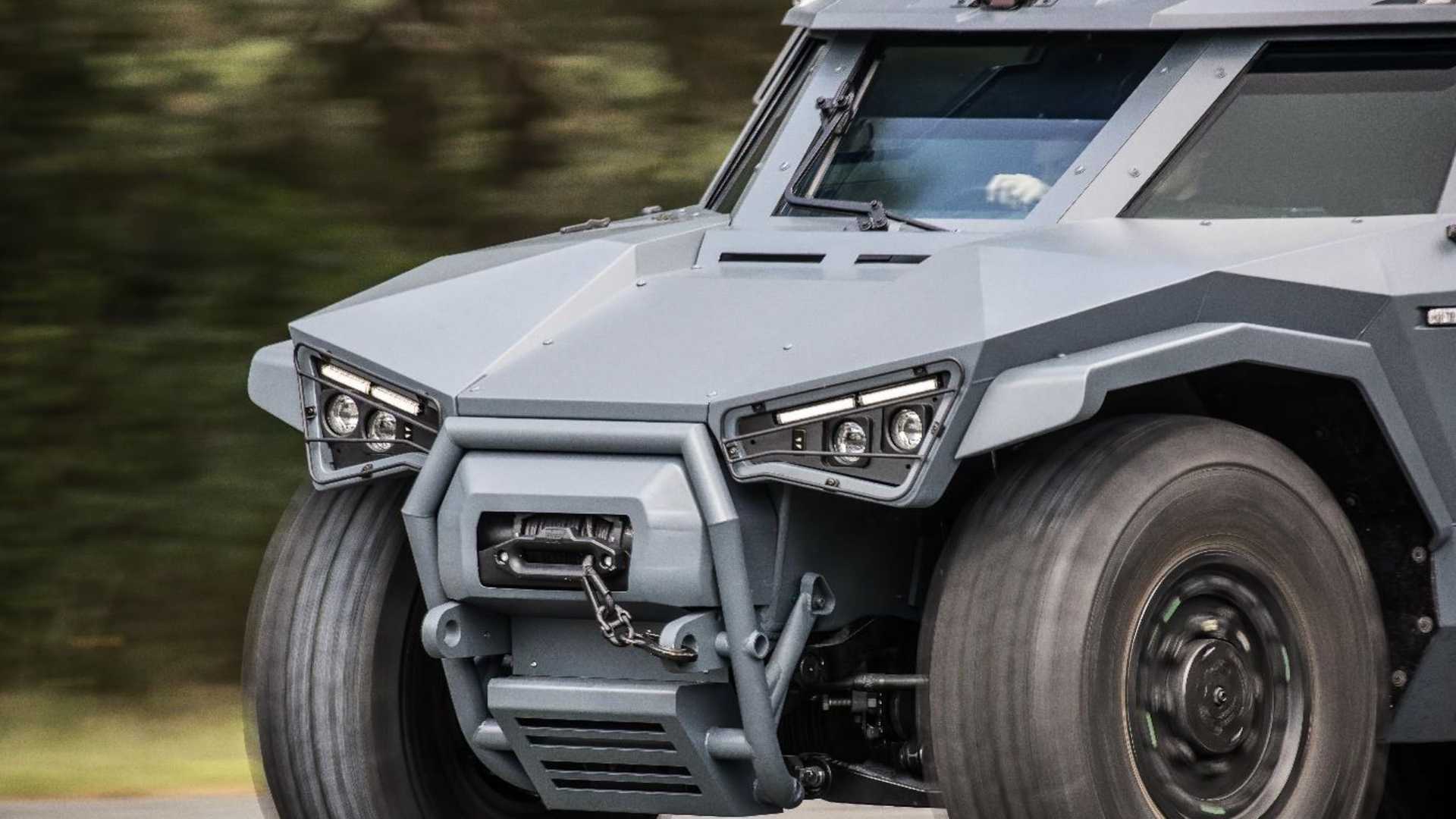 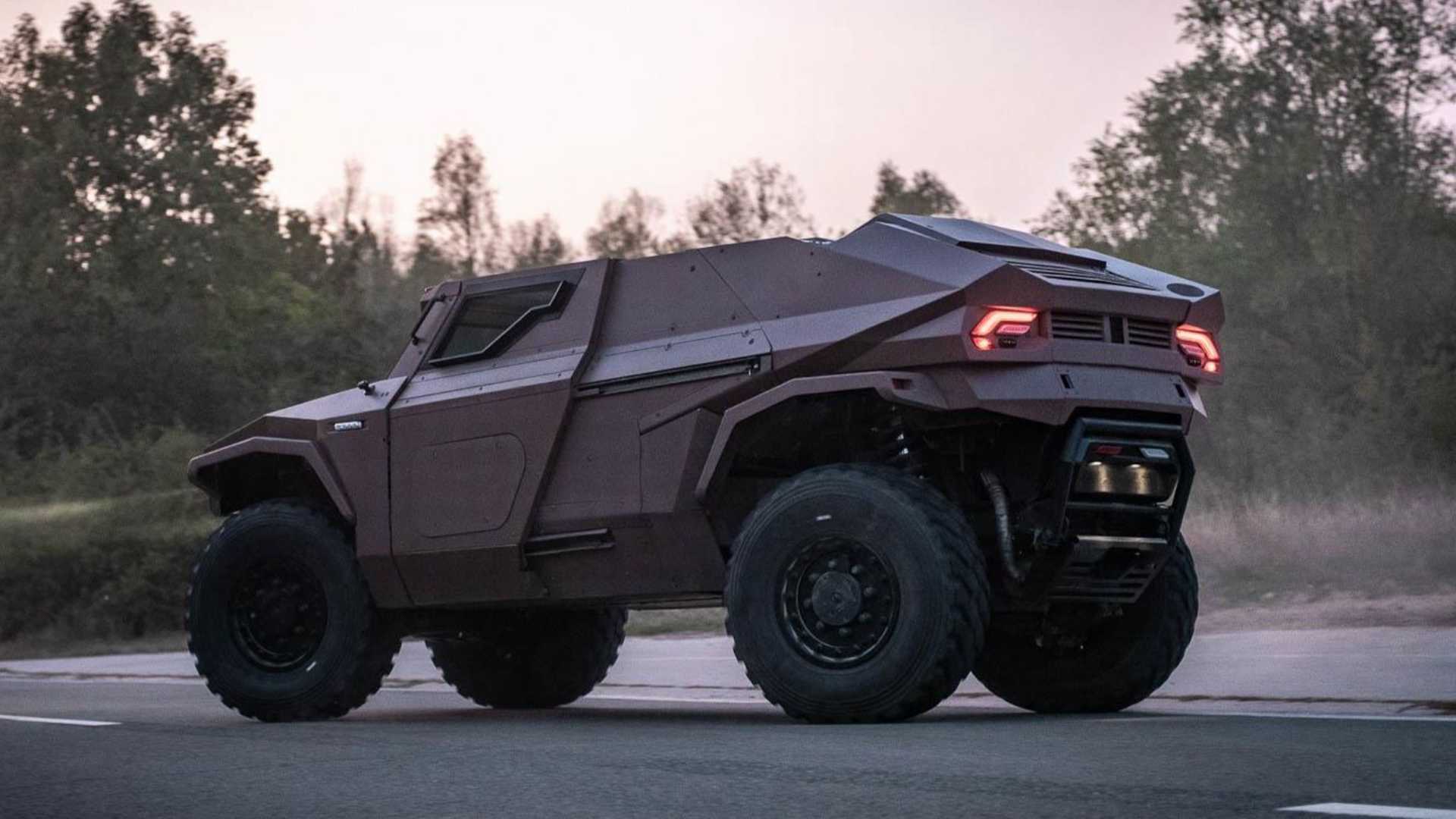 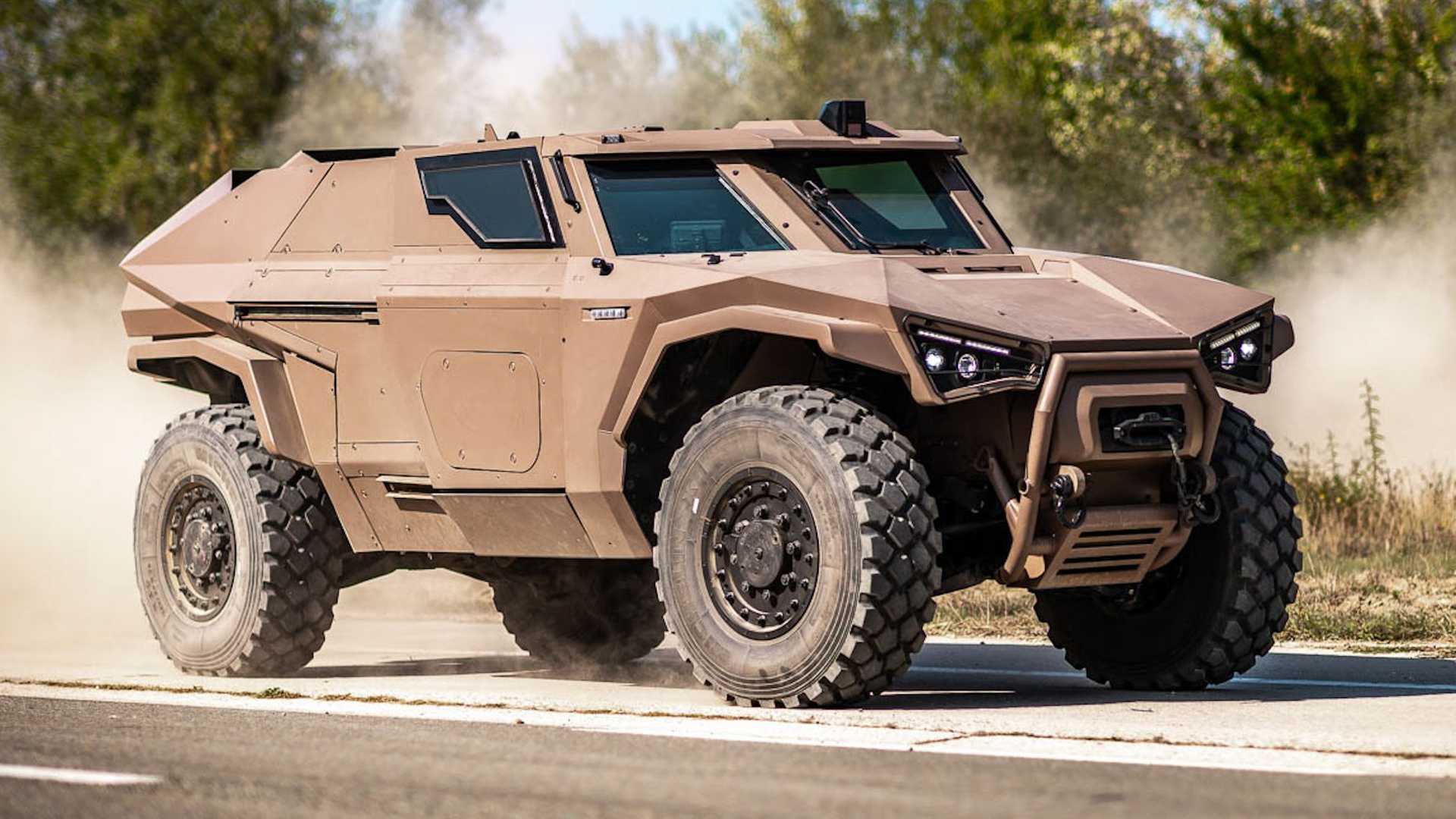 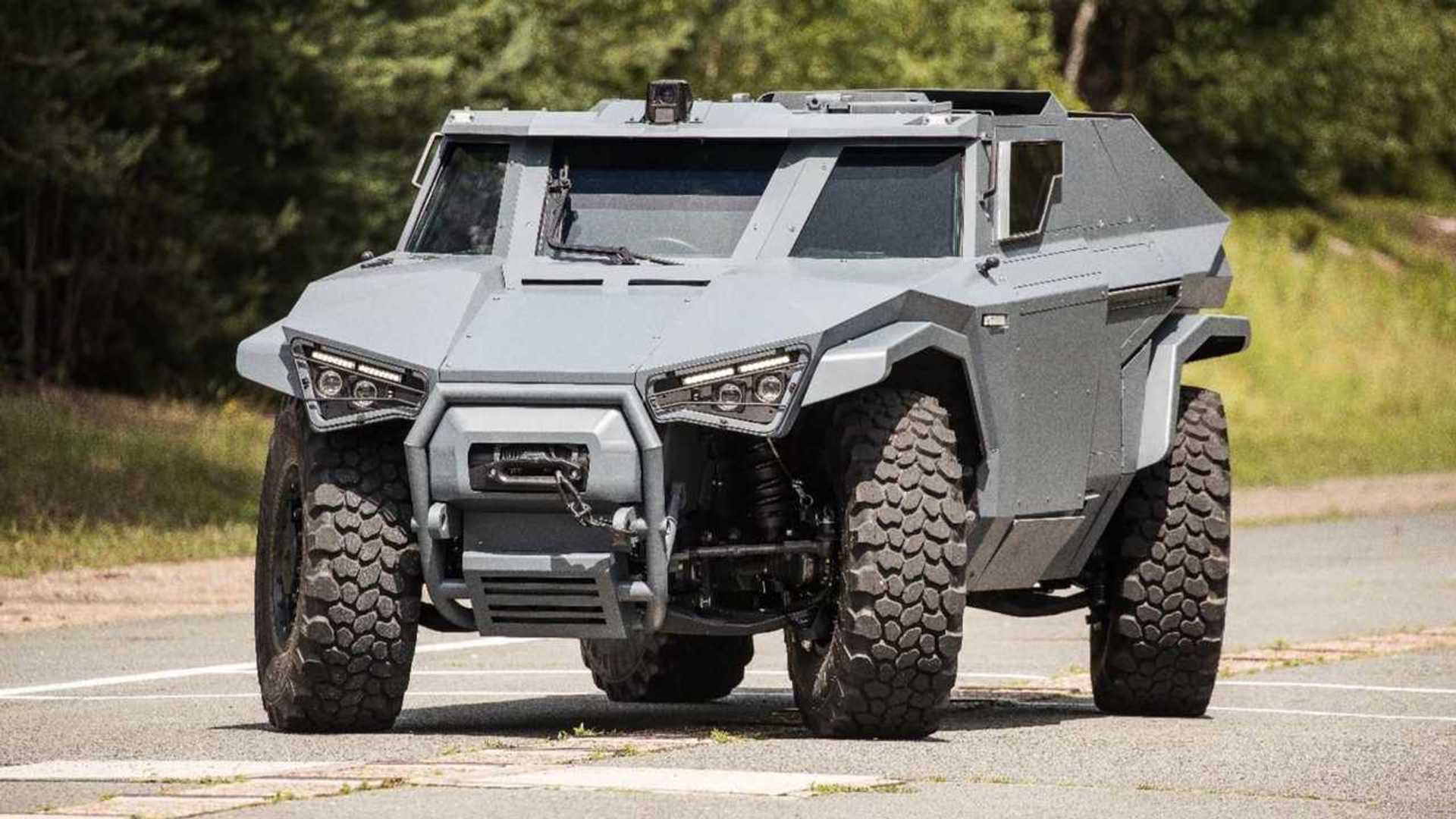 The other interesting feature is its four-wheel steering. Not only does the trick Sterling system allow for tight turns on the battlefield, but it also allows the Scarabee to scuttle out from behind cover and quickly retreat without having to perform any maneuvers that’d leave it exposed to enemy fire. It’s a nearly identical feature that’s offered on the resurrected GMC Hummer EV. The small size, capable of carrying three or four soldiers, and potent powertrain make it a quick-hitting vehicle for a variety of purposes, capable of hitting up to 80 miles per hour (130 kilometers per hour).

Arquus has presented to the Scarabee in three fashions: Patrol SAS, Reconnaissance, and Security/Counter-Terrorist. The Patrol version sports a 12.7-millimeter machine gun, while the Recon vehicle gets a beefier 30-mm cannon. The Scarabee’s compact size also allows it to be slung under a helicopter for transport or carried on a C-130 airplane. The vehicle is designed to get in and out of places quickly while keeping its crew safe. It even puts the driver far forward in the cab, giving the person a 200-degree view out the front for the best visibility, which is key in dangerous places.