The Aston Martin Valkyrie hypercar is currently under development, and a conversation this past weekend at the Formula One U.S. Grand Prix in Austin, Texas, has shed new light on just where the hypercar, which is being developed alongside Red Bull Racing, is in that process. Motor1 spoke with Christian Horner, Aston Martin Red Bull Racing Team Principal, who offered a window into the testing that’s underway.

According to Horner, the Valkyrie is currently in the final stages of simulation, and that a physical car could be testing in as little as two months, if not the beginning of next year.

“It’s all in the simulation world at the moment, but it’s highly encouraging,” Horner said. “It’s going to be an incredible car, it’s going to be an iconic car, and it should start running just before Christmas this year, or the early part of next year.”

When asked about development over the race weekend, AMRB F1 driver Daniel Ricciardo said he believes simulation has advanced to the point it can give you “about 80 percent” of an idea of the real thing.

Horner seemed to agree, saying “[Valkyrie will] start its track testing and then we’ll see it, but in the simulation world, it’s highly impressive.”

Horner said Aston Martin and Red Bull are currently focused on getting all of the production parts made, which he describes as “parts of a Swiss clock,” in terms of precision. 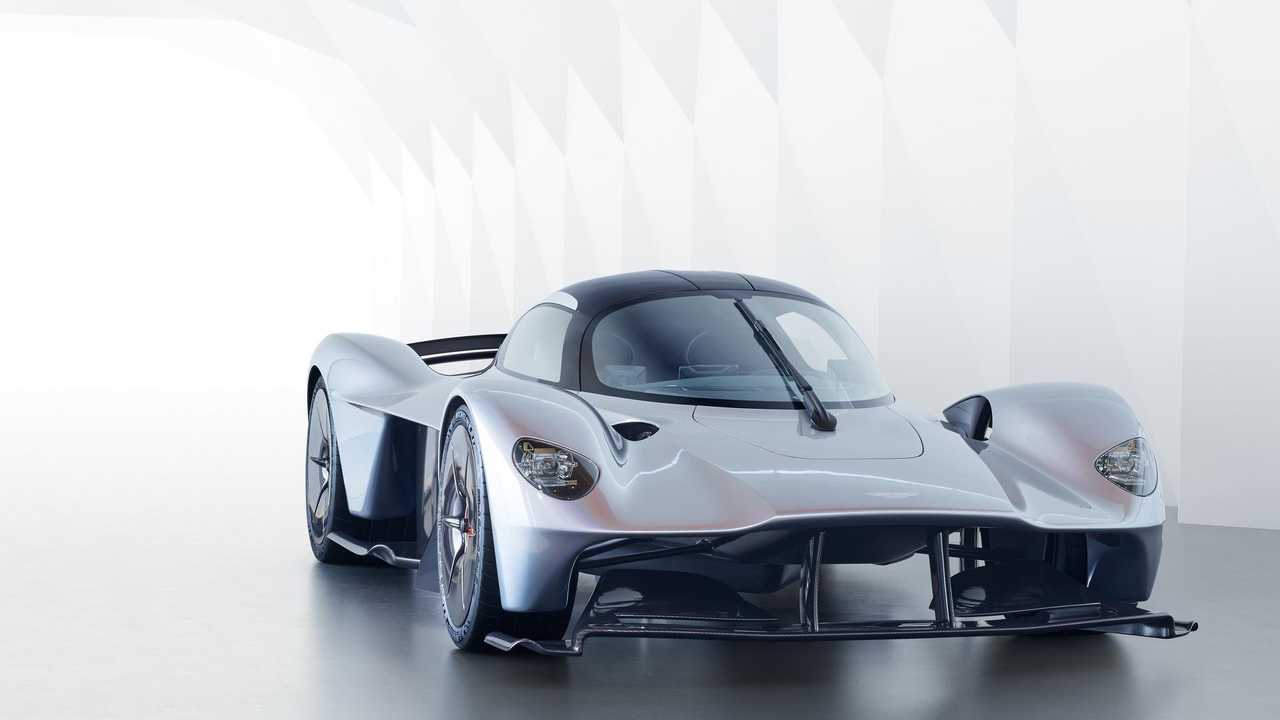 “There’s an awful lot of DNA that’s coming out of Formula 1 and gone into [Valkyrie],” Horner said when asked how close Aston Martin’s new hypercar is to an F1 open-wheeler. “But of course as a closed-wheel car, and this is an opportunity without [the] regulation constraints that there are in Formula 1. The diffuser on [Valkyrie] is insane, and the amount of downforce it generates are insane, so it really has given Adrian [Newey, chief technical officer of Red Bull Racing Formula One and noted aerodynamic genius] the freedom to push the boundaries with what is basically a diffuser on wheels.”

Horner says that even on the road, and on road tires, Valkyrie would be competitive in the Formula 2 field. Lastly, Horner said that there are a lot of hypercars now or coming, and he specifically mentioned the McLaren Senna and Mercedes-AMG One, but from what he’s seen thus far, he believes Valkyrie “is going to be insane, I think it will raise the bar somewhat.”