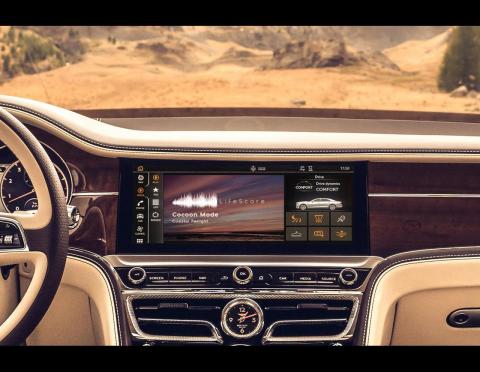 Bentley cars now come with the ability to compose an instrumental soundtrack in real-time, based on the driver’s inputs and driving style.

The luxury carmaker has partnered with LifeScore – a company that has expertise in ‘Adaptive Music’, to create a unique soundtrack for every occasion, be it relaxed grand touring or spirited driving on the open road.

This industry-first driver-vehicle-music synchronisation is said to use algorithms created from vehicle inputs, such as engine rpms and acceleration to compose a soundtrack in real-time. The algorithms also help the technology adapt to the changing inputs and driving conditions.

While the music itself has been recorded by real artists using classical and modern instruments, the sounds are broken up into files, which the technology later selects, combines and plays in real-time. Bentley claims that with the amount of audio data available, the technology can compose up to 100 billion unique soundtracks on a single 60-minute drive.

The technology, however, is still in its early stages. It will debut on the brand’s first fully electric vehicle, which is expected to arrive sometime in 2025.