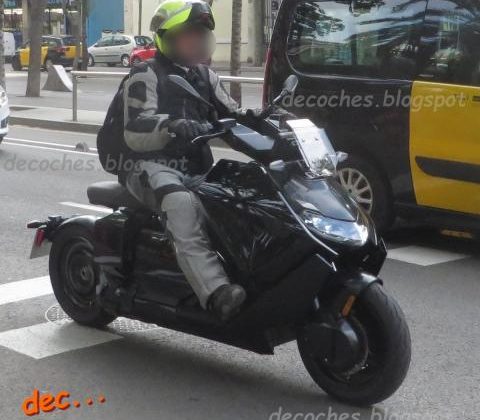 The upcoming BMW electric scooter has been spotted testing in its production-guise for the first time.

BMW unveiled the CE 04 electric scooter concept late last year. During its unveil, BMW had confirmed that the e-scooter would enter production soon.

Now, a near production-ready version of the electric scooter has been spotted undergoing testing. As seen from the images, the production version carries forward many styling elements from the concept.

The images also show the electric scooter featuring a rear mudguard with integrated indicators, LED headlamps at the front, a large TFT instrument cluster that will feature smartphone connectivity and keyless operation; among plenty others.

The production version is seen sporting a telescopic fork suspension at the front and an offset mono-shock suspension setup at the rear. The scooter also features an unusual set of solid wheels at both ends, along with a belt-drive system powering the rear wheel.

The scooter also has under-seat storage, which is claimed to have enough space to store a full-face helmet.

The specifications of the electric powertrain of the BMW scooter are yet to be revealed. The images show that the battery pack will be positioned below the footboard.