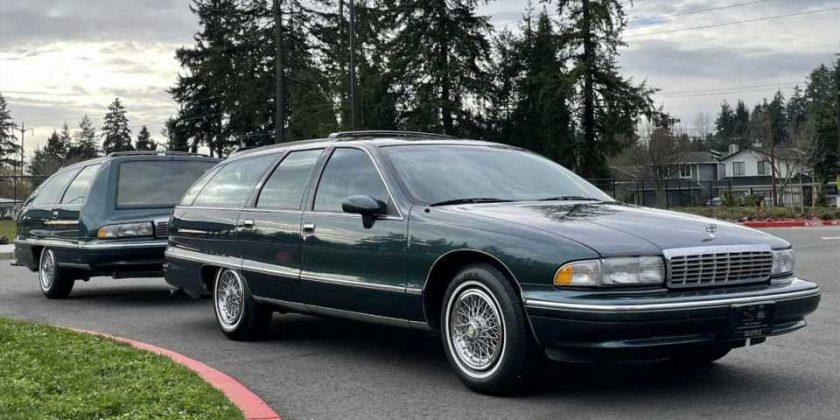 One long roof to rule them all.

The last great American station wagons were the big B-bodies from General Motors. The Buick Roadmaster, Oldsmobile Custom Cruiser, and the Chevrolet Caprice were all body-on-frame throwbacks to a bygone era, turning wheels at the back with a V8 engine in front. Bowing out in 1996, they’ve since developed a cult following among long roof lovers, but someone decided the roof on this 1993 Caprice wasn’t quite long enough. We’re cool with that.

In fact, we’re rather in love with that. It’s true that your author once owned a B-body estate – a 1994 Roadmaster with faux wood sides to be exact – but this monochrome Chevrolet with a matching trailer is on a completely different level of wagon love. The back half of another Caprice wagon was fused with a Caprice front fascia, grille, and headlights. A Dodge Caravan donated its rear hatch and glass to form the flat windshield. Inside you’ll find the same fold-down seats used in the wagon. At least, that’s what the auction description at Bring A Trailer says. That’s right, this rig is for sale. 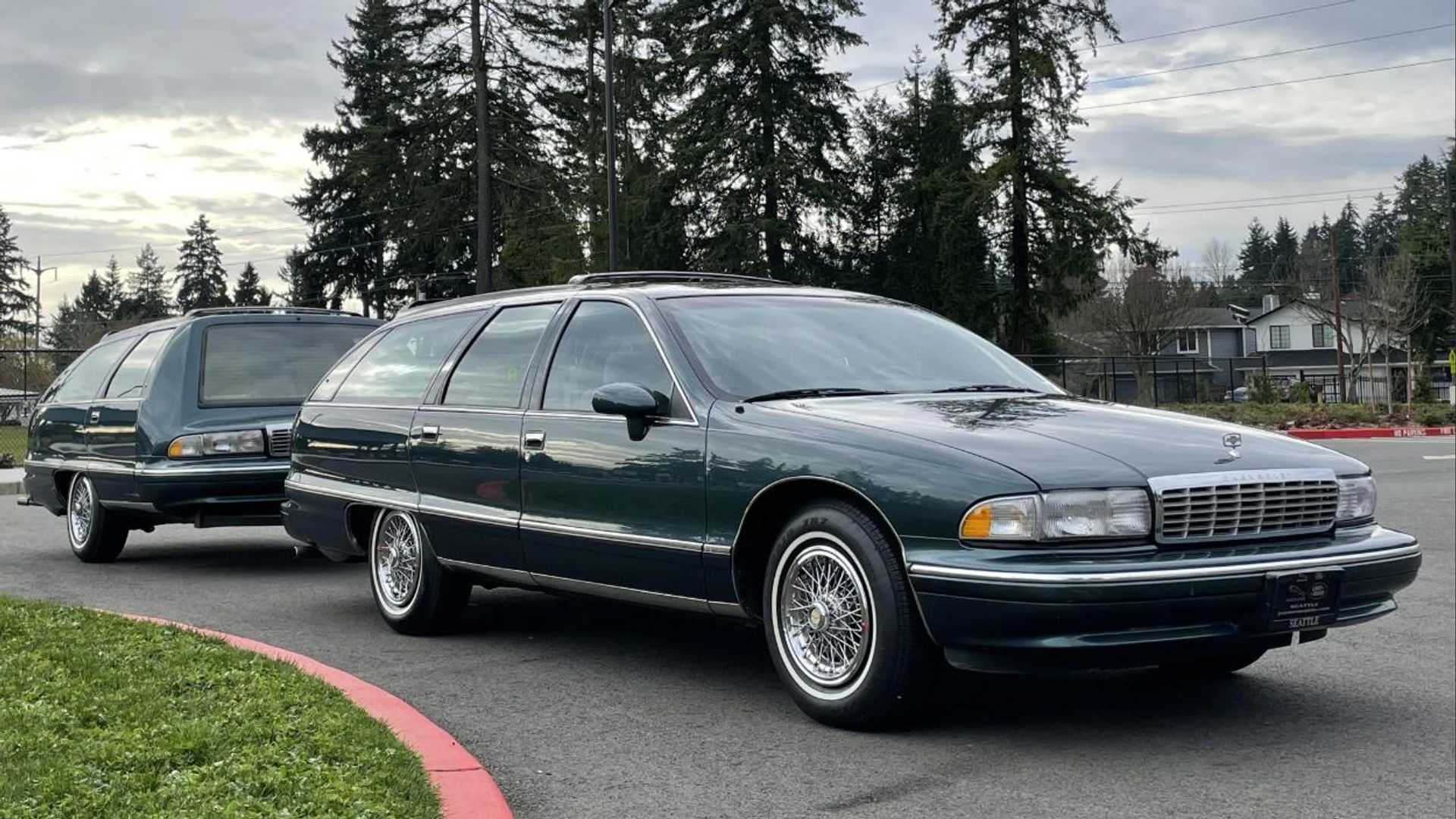 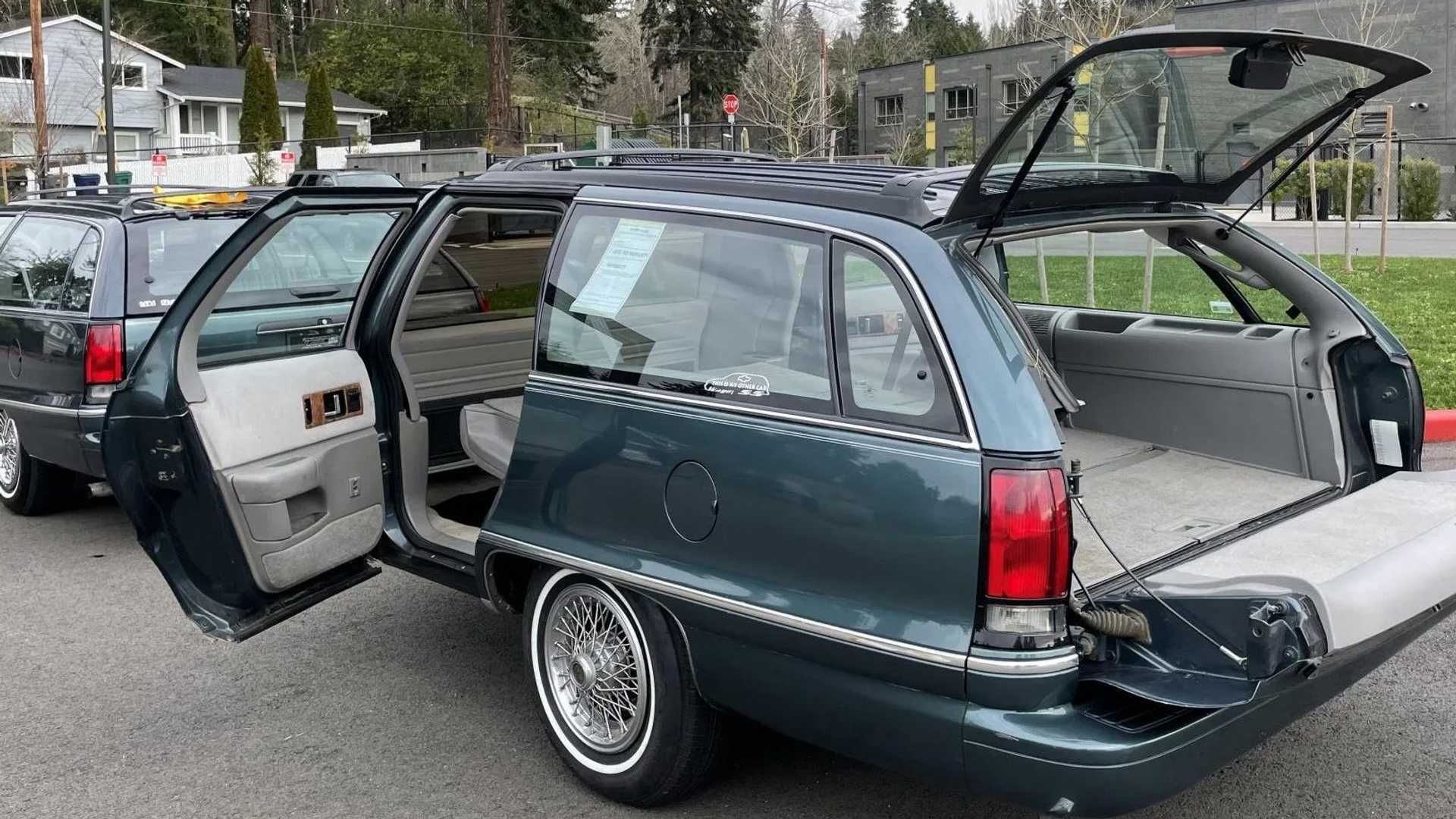 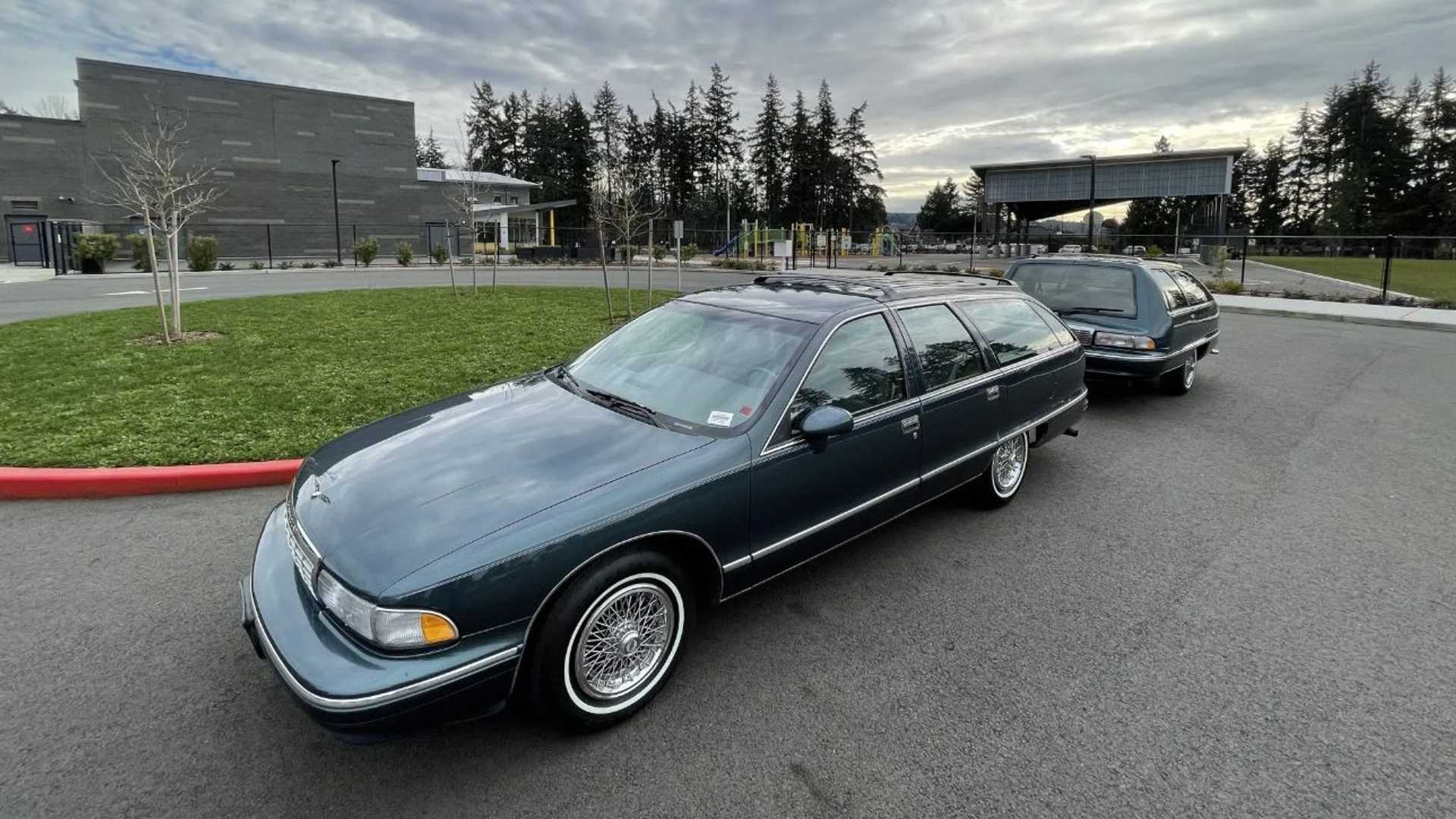 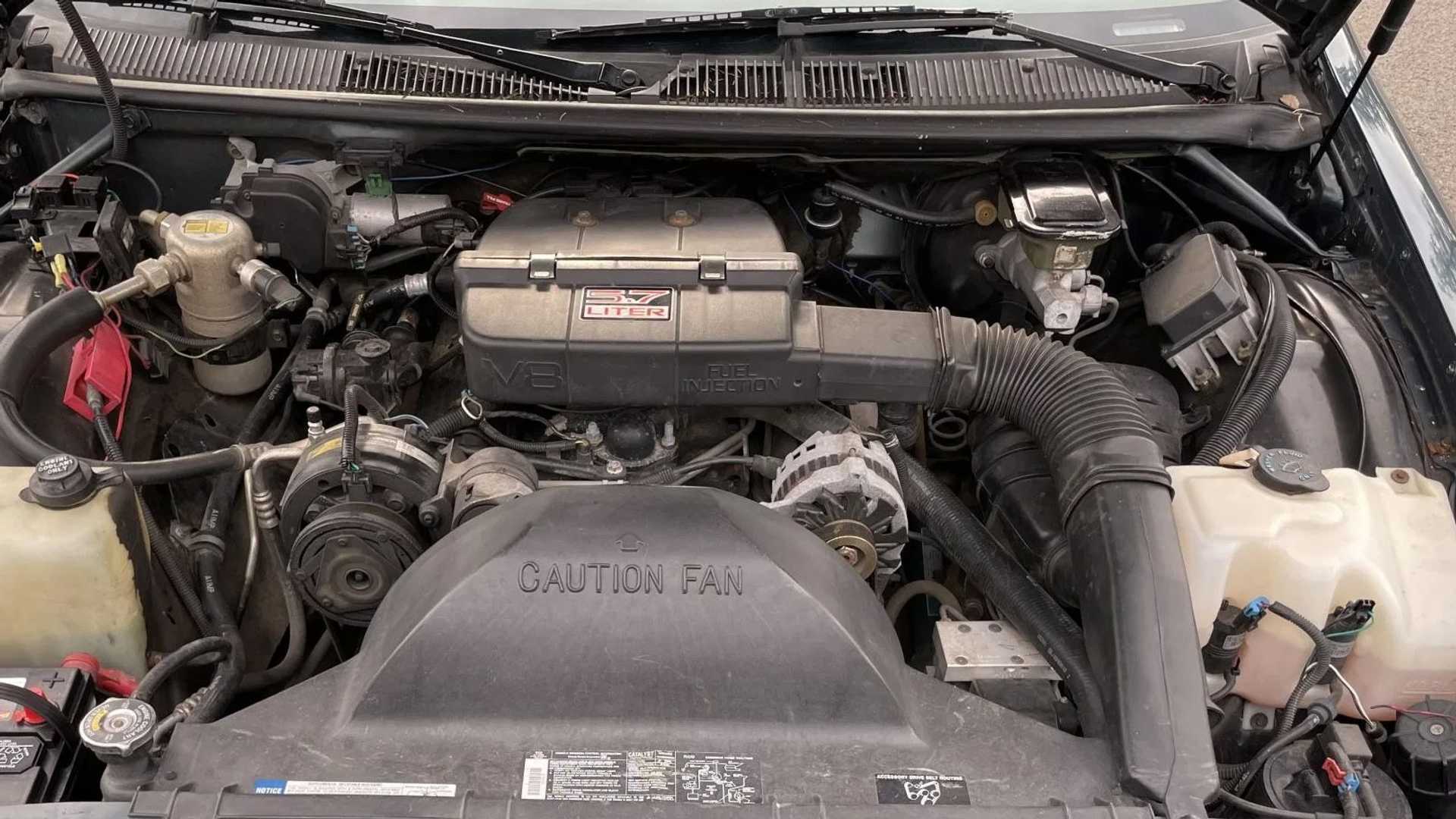 According to the auction, the trailer was built in Texas though its age is unknown. It matches the car in every respect, right down to the exterior color and gray cloth interior. It’s got the rear-facing flip-up rear seat as well as the folding cloth bench seat, though we suspect law enforcement would frown on passengers in the trailer. Curiously, the seller mentions in the auction’s comments that the power windows on the trailer doors still work. That’s some serious attention-to-detail right there.

As for the actual car, it looks to be in great shape considering it’s 28 years old. 91,000 miles show on the odometer, and aside from typical scuffs and stains, it’s pretty darned nice. Mind you, these cars were never intended as occasional-use fun runners. With the flip-up seat deployed, the Caprice wagon was a hardcore family hauler capable of carrying eight people in relative comfort. With all the rear seats folded flat, at least one Motor1.com writer can confirm a full-size pool table fits in the back. You can probably guess who that is.

With six days in the auction as of this article posting on February 4, bidding is only at $4,500. These cars do have a cult following, but being a 1993 model it doesn’t have the fabled 260-horsepower LT-1 V8 from the C4 Corvette. That could turn some buyers away, but with such a clean body and the insanely cool trailer, we suspect the final price will be considerably higher. The auction is flush with well over 100 photos, and you can see it all at the source link below.