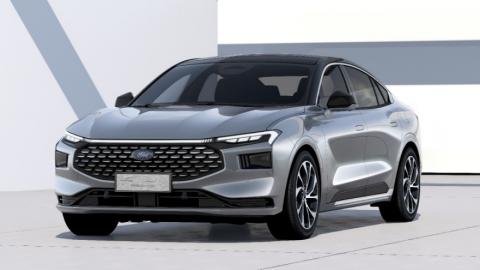 The carmaker has ruled out the entry of the Mondeo in European markets.

Ford has brought back the Mondeo nameplate for its latest sedan. The all-new Ford Mondeo was unveiled recently at the brand’s design centre in Shanghai and is said to be reserved exclusively for the Chinese market.

The new Ford Mondeo is also the first model to make use of the brand’s “Progressive Energy in Strength” philosophy. The car features an octagonal-shaped front grille, slim LED headlights connected by a light band, separate LED DRLs and air ducts on the lower part of the front bumper. The sedan also features 19-inch alloys, flush-fitting door handles, Mustang-inspired tail lights at the rear and a diffuser integrated with the rear bumper.

Ford is yet to unveil the interiors of the new Mondeo. However, the sedan is expected to carry forward a layout similar to the Ford Evos. This includes a 1.1-metre wide display on the dashboard, consisting of a 12.3-inch digital instrument cluster and a 27-inch touchscreen infotainment system with Ford’s SYNC+ tech and a host of other features. The new Ford Mondeo is also expected to come with Level 2 driver assistance systems.

Ford is also yet to announce the engine and transmission options offered on the new Mondeo. The new sedan is said to go on sale in China sometime later this year. It will be produced by Changan Ford. The carmaker has ruled out the entry of the Mondeo in European markets. However, Ford could offer the new Mondeo in the USA as a replacement to the current-gen Fusion.